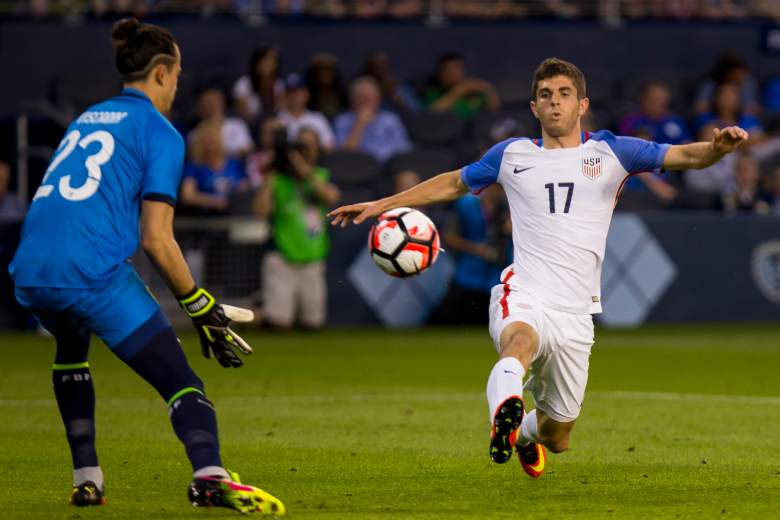 The excitement is high for Christian Pulisic. (Getty)

No United States player has more buzz around him than Christian Pulisic. The 17-year-old from Hershey, Pennsylvania is now an international soccer player.

Despite being the youngest player on the US Men’s National Team, Pulisic has tried to keep a level head. He has proven he has a right to be on the roster. Pulisic plays in the highest division in the Bundesliga, Germany’s soccer league. American fans are hoping the experience can pay off in the Copa America tournament.

1.He Is the Youngest Player to Ever Score a Goal for the United States Men’s National Team

Pulisic found the back of the net in just his third international appearance with the United States. He became the youngest player to score a goal for the USA. He was 17 years, 253 days old when he scored the goal and topped Juan Agudelo’s record of 17 years, 359 days.

Given his age, there is a lot of expectation on Pulisic to perform well. Copa America will be his first major international tournament. He would be just 19 years old at the time of the 2018 World Cup in Russia if he makes the roster. 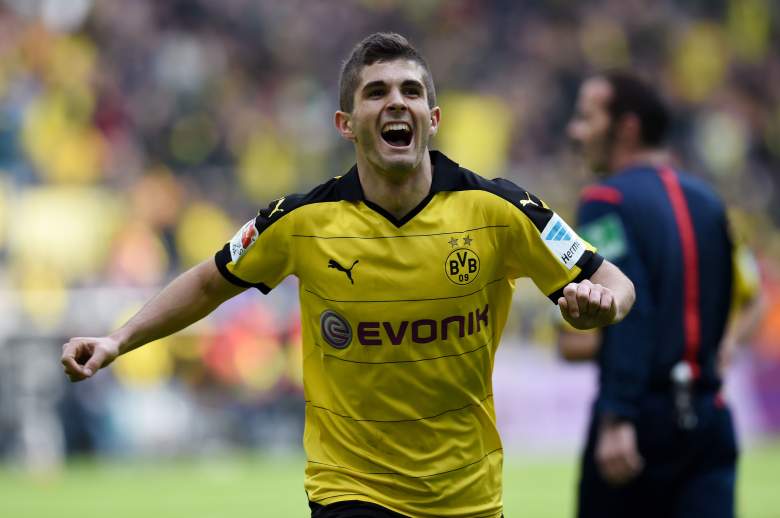 Borussia Dortmund, a team in Germany’s Bundesliga, has moved Pulisic up to their first team. He scored two goals in his first nine appearances with the club. He signed with the club when he was 16. According to Transfer Markt, he makes the equivalent of $1,136,600 in Germany.

He has support in Germany. According to The New York Times, his father, Mark, took a youth coaching position at Dortmund after his son signed with the team. He drives his son around since he is not old enough to drive in Germany.

3. He Chose to Play for the United States Over Croatia

I’m very thankful to the Croatian Soccer Federation. They helped me get my Croatian passport and they wanted to help me out so I could play in Europe. They were interested, but they didn’t push too hard or put pressure on me. They were just very nice about it. I respect my roots, of course, but I think they knew I was born and raised in the United States so there was never really a question for me for who I would play for,” Pulisic told Four Four Two.

All Pulisic has ever known is playing both with and against older players. According to The New York Times, growing up he always played in leagues where players were two years older than he was. When he was 14, he trained with the Harrisburg City Islanders. The team was full of players in their 20s and 30s.

He finds himself on the US Men’s National Team with teammates who are twice his age. He feels the experience he has had during his young career has prepared him for these moments.

“My dad taught me, no matter what, when I go out and play against these bigger players, just to be myself. I knew that I was good enough and that I had the ability to. I never shy away from anyone, and I don’t think anyone should,” Pulisic told The New York Times.

Pulisic talks about wanting to be a normal kid. He has no shame about his affinity for Justin Bieber. Pulisic reached out to Bieber on Twitter to get tickets to a concert in Germany on his 18th birthday.

He is quick to remind people that he is a typical 17 year old, but that has not stopped the high expectations. “When it’s all said and done — you don’t want to put pressure on a kid like that, like Freddy Adu — but I really think that Pulisic is going to be the best player the United States has ever produced,” Former U-20 coach Thomas Rongen told the New York Daily News.