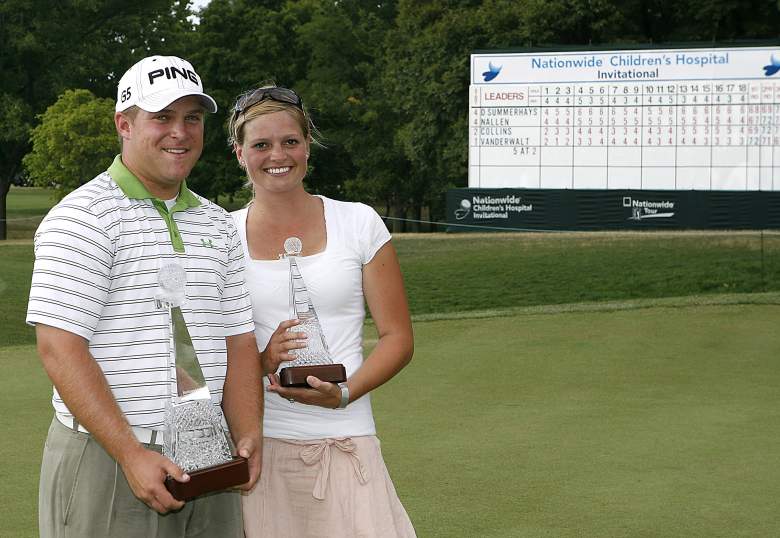 Daniel Summerhays is having something of a rollercoaster US Open. After just barely making the championship, he shot a 74 in his first round. Right after, however, he shot a fantastic 65, a tournament low. Going into the final round of the Open he is at -2, tied for 4th with Lee Westwood and trying to chase current leader Shane Lowry for a major upset.

Summerhays is making waves in the golfing world, and through it all he’s had his family by his side. His wife and children come to tournaments with him – in the early days, they were actually in very close quarters. Summerhays is also not the only golfer in the family, coming from an impressive lineage of athletes.

Here’s what you need to know about Summerhays’ family.

1. He and His Wife Emily Met at Brigham Young University 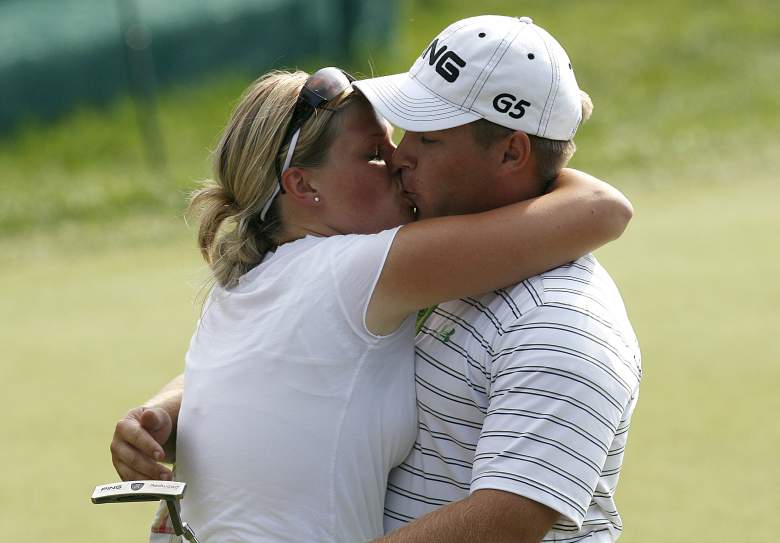 Summerhays and his wife met as freshmen in college. (Getty)

Daniel and his wife Emily have been married for 10 and a half years now. She recently had the privilege of writing about her and her husband’s story for the PGA Tour’s website. The two met while attending Brigham Young University, BYU, in Utah. Their dorms/apartments were selected to get to know each other better as the university’s way of helping new students build relationships. According to Emily, “We all became friends right off the bat but Daniel and I really just clicked.”

The two kept in touch however they could, whether they were at school together or even spending time in separate countries. Friends for many years, Emily says their romantic feelings soon became undeniable. Just three years after meeting, the pair married in December of 2005.

2. The Couple Has Four Children Together, 3 Sons and a Daughter 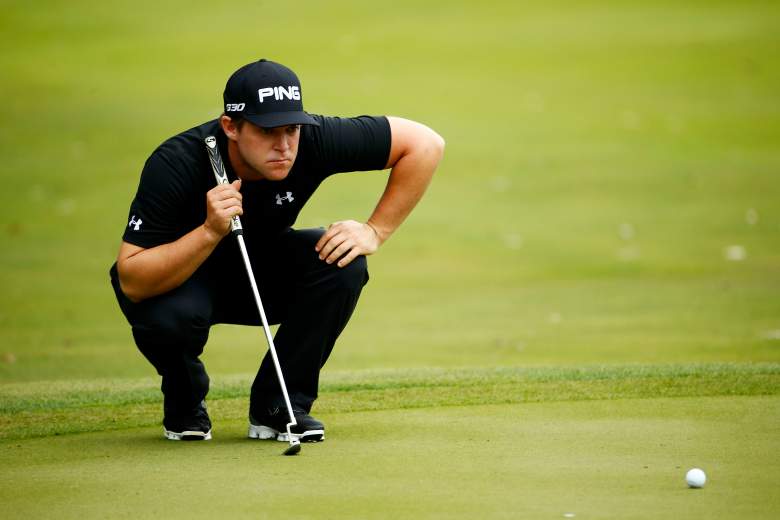 Summerhays at the BMW Championship. (Getty)

Together, the pair has 4 children. The oldest 3 are sons – Jack, Patton, and William, who are 8, 6, and 4, respectively. The youngest is their daughter Lydia, 2.

According to Emily, not only is Daniel a loving father, but someone who incorporates his children into tournament traditions. The kids telling him to “make lots of birdies, daddy” is such a consistent tradition before rounds that he even has tees that say it. He also enjoys teaching the kids ping-pong.

3. Emily and the Kids Used To Follow Daniel to His PGA Tour Events in a Mobile Home 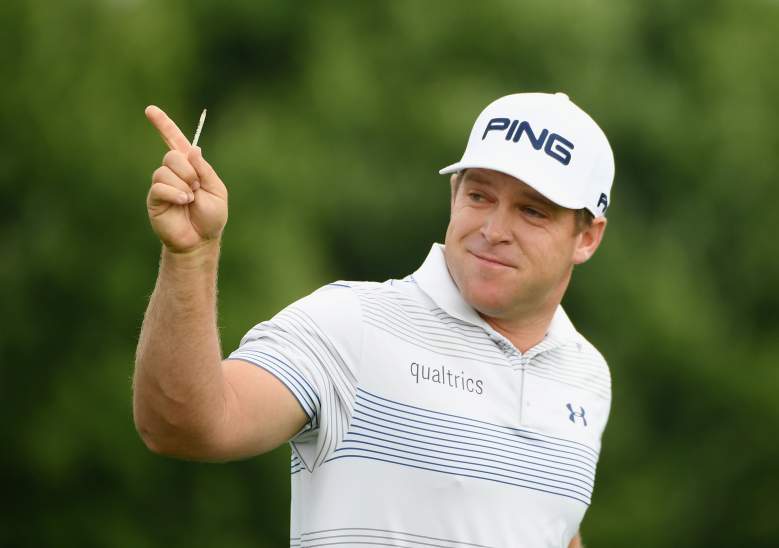 Summerhays’ family is with him at tournaments, and used to be much closer. (Getty)

Summerhays is very close to his family. Back in his earlier tournament days, they were even closer – literally. In his rookie season on the PGA Tour and for a couple of years after that, the Summerhays family traveled to tournaments in a 44 foot mobile home, with the family car behind it. This meant the family was able to be by his side no matter where in the country he had to be. It also meant a lot of sleeping in Wal-Mart parking lots and other relatives’ driveways.

4. The Family is Mormon, and Daniel Served as a Missionary in Chile 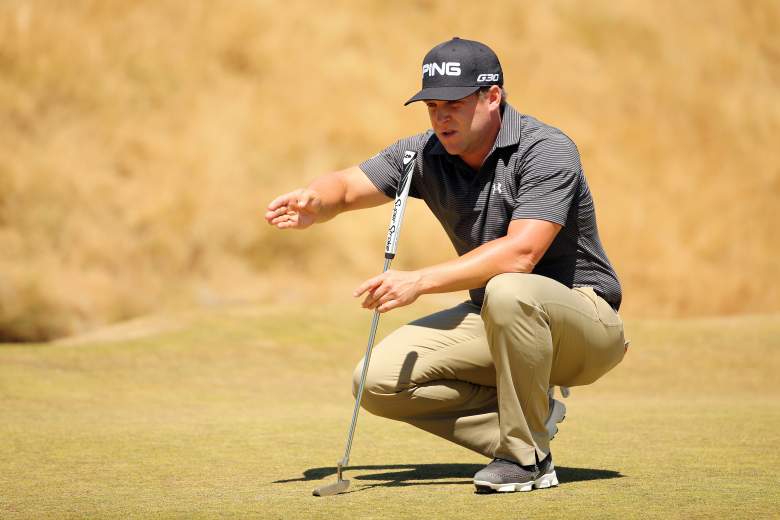 Summerhays is a practicing Mormon who attended BYU. (Getty)

If BYU didn’t tip anyone off, Daniel Summerhays is a practicing Mormon, as is Emily. In Emily’s aforementioned article, she mentions the difficulty of trying to keep a relationship with Daniel despite his commitment to serving a mission, ultimately serving in Chile for two years after his freshman year of college. Emily stated that, although they weren’t able to talk or see each other for two full years, “We wrote letters and emails almost every week, though, and became so much closer.” Daniel speaks fluent Spanish, and while he wasn’t able to pick up a club the entire time during his mission, he “gained a great love for the Latino people and culture.”

5. He is Related to Several Other Professional Golfers, Including His Uncle Bruce Summerhays 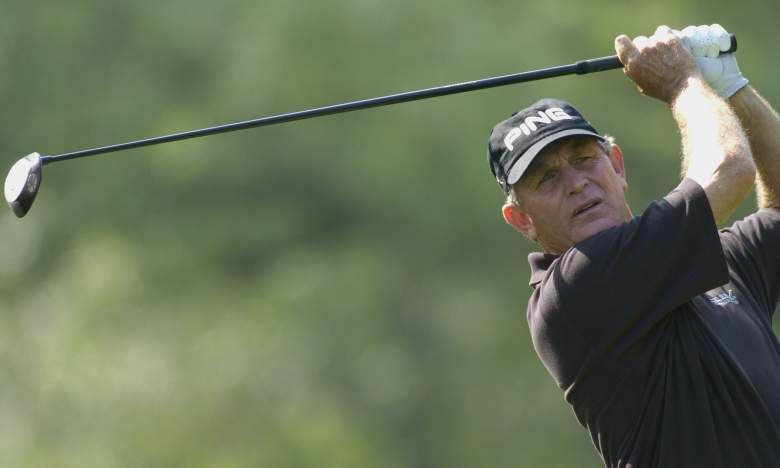 Daniel is far from the only Summerhays golfer from Utah. In 1989, there were 11 Summerhays family members participating in a Junior World Championship in San Diego. That’s 11 of 35 Utah entrants in the tournament – 31% of Utahans participating were Summerhays.

Possibly the most notable relative is Bruce Summerhays, Daniel’s uncle. Bruce coached at Stanford in the 70s. He ultimately was the victor at 3 PGA Tour Champion events. This includes the 1997 Saint Luke’s Classic, 1998 State Farm Senior Classic, and the 2004 Kroger Classic.

According to Daniel’s official website, also included in his family is Carrie Roberts, current BYU women’s golf coach and a former LPGA player. His older brother, Boyd, has also played on the PGA tour and the Web.com tour.