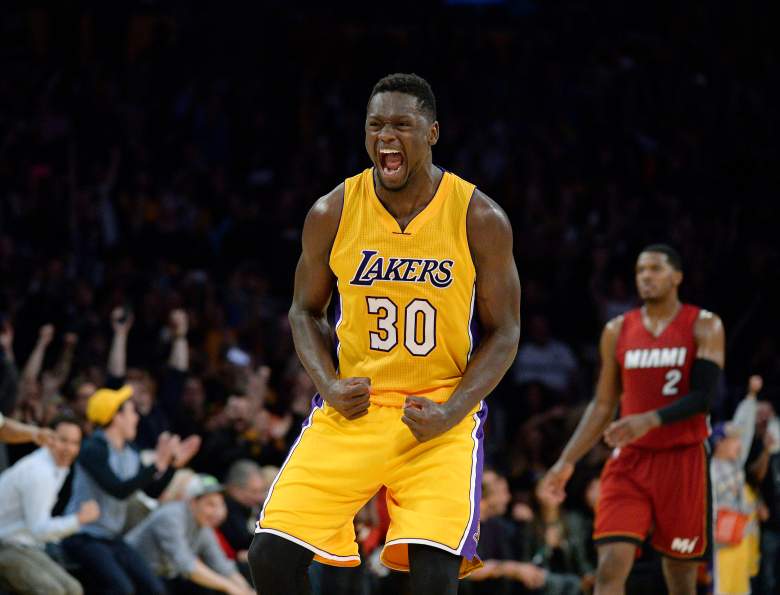 Tuesday afternoon Los Angeles Lakers forward Julius Randle announced via Instagram that he and girlfriend Kendra Shaw were engaged. Randle proposed to Shaw Monday evening. The two met during Randle’s lone season at Kentucky (2013-14) and have been together since. Here are five fast facts on the couple.

She said yes! Lol thanks for being perfect and always being there. Love you to the moon and back baby girl. Mine forever ?

1. Randle Just Completed His 2nd Season in the NBA 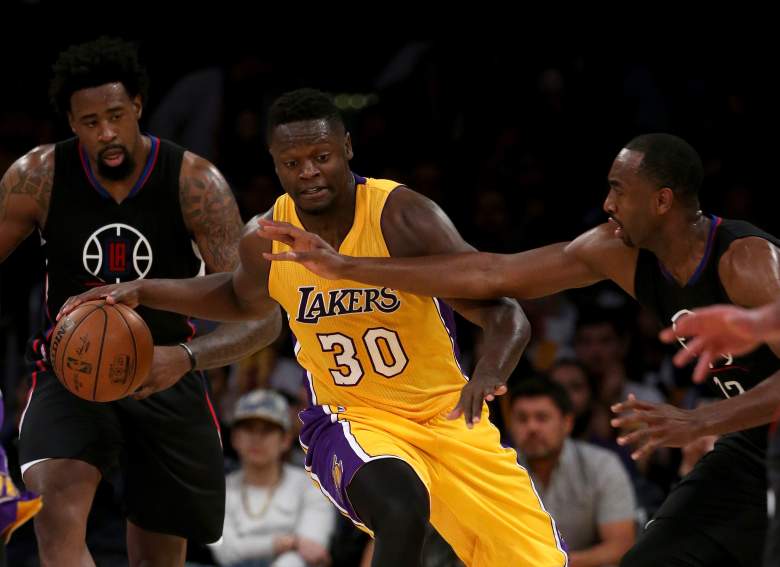 While the Texas native has been in the NBA for two seasons, he played just 14 minutes in the Lakers’ regular season opener in 2014-15 before being lost for the season due to a broken right leg. This past season Randle played in 81 of the Lakers’ 82 games, averaging 11.3 points and 10.2 rebounds per contest.

Randle was fifth on the team in scoring and first in rebounding, with the now-retired Kobe Bryant being the Lakers’ leading scorer.

2. The 2016-17 Season Will Be Important for Randle From a Financial Standpoint

3. Randle’s Lone Season at Kentucky Ended With a Loss in the National Title Game

Randle and the 2013-14 Wildcats didn’t play to their expectations until late in the season, as they reached the national title game despite being an eight-seed in the 2014 NCAA tournament. Among Kentucky’s wins were a Round of 32 victory over previously undefeated Wichita State, and they followed that with wins over in-state rival Louisville, Michigan and Wisconsin to reach the title game.

Kentucky lost to UConn 60-54 in the title game, with Randle finishing with ten points, six rebounds and four assists. On the season Randle averaged 15.0 points and 10.4 rebounds per game for the Wildcats, and he was picked seventh overall in the 2014 NBA Draft by the Lakers.

So so sad that I'm missing the @kentuckyderby for one of the first years of my life? hope everyone has a great time??

Shaw was a semifinalist in the 2013 Miss Kentucky Teen USA pageant, and while attending the University of Kentucky she studied fashion merchandising. Shaw also spent time studying at the Fashion Institute of Design & Merchandising in Los Angeles after Randle was drafted by the Lakers.

5. Randle Proposed While the Couple Was on Vacation in Greece

Was trying to wait to post it but I can't contain my excitement!!!!6/20/16 the best night of my entire life. I couldn't have painted a better picture. Words can't describe the way I'm feeling and how I felt in that moment. You are the best thing that's ever happened to me and I can't wait to spend forever with you❤️❤️❤️ I love you juju @juliusrandle30 thank you for making me the happiest girl in the world!!! Thanks @jasonofbh and Julius for making the perfect ring???

Shaw showed off the impressive engagement ring on her Instagram account, and it was made by Jason of Beverly Hills.