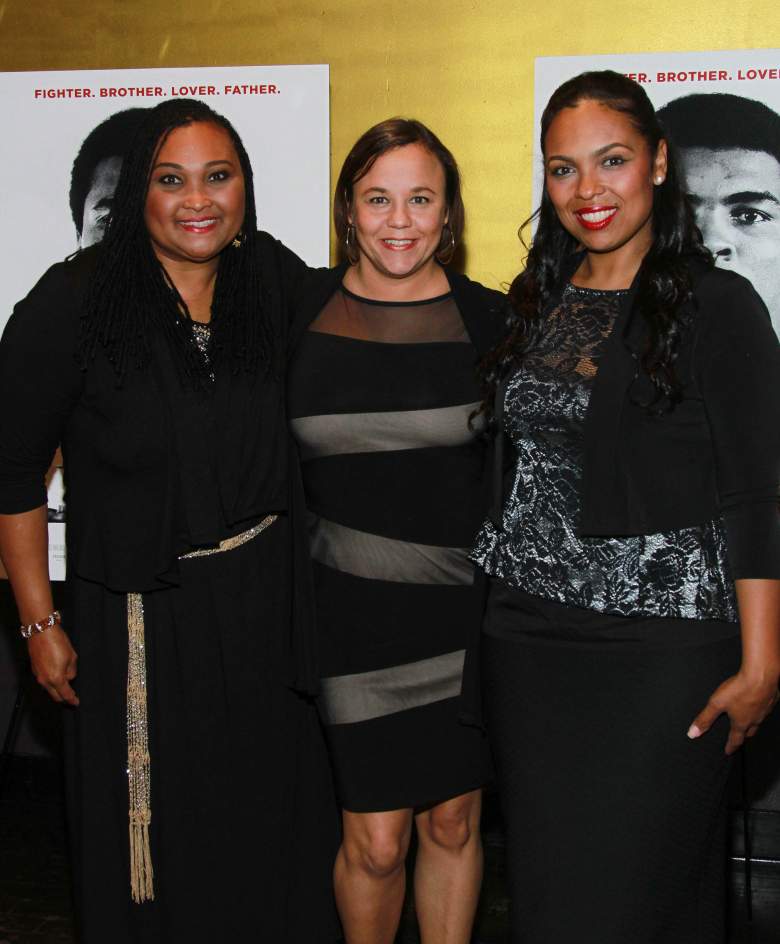 Miya Ali, Muhammad Ali’s daughter, was born in 1972. Her mom, Patricia Harvell, was never married to Muhammad. Miya is one of his nine children: two boys and seven girls.

She spoke for Marchon FilmFest in the video below, where she talked about what it was like growing up as Muhammad Ali’s daughter. In the video, she said that as a child she never realized just how famous her dad was until he lit the torch at the Olympics.

Miya says about her father: “He’s a giver. He loves people. He loves children. He’s an ambassador for peace for the United Nations.”

She said that when she was growing up, he would sometimes bring homeless people to live with them. He was always trying to save people.

“He freed hostages…he’s done so much that people don’t get to see or hear,” she said.

Miya works at WorldVentures, according to her Facebook. She said that one of her favorite sayings of her dad’s is: “What you do on this Earth is the rent you get to pay to get into heaven.”

After her father passed away, she posted a photo of the two of them on Facebook:

To learn more about Muhammad Ali’s children, please see the story below: