By the time he was 18, Muhammad Ali, still known as Cassius Clay, had already made a name for himself within the American boxing world in amateur matches. In August and September 1960, Ali expanded his horizons, traveling to Rome with the U.S. boxing team to compete in the Summer Olympics. Ali initially didn’t want to go. It’s hard for anyone to imagine that Ali was afraid of anything, but he feared flying. He was eventually convinced to go and the trip paid off. He won the light-heavyweight gold medal.

Ali hoped that he sail to Rome, but that wasn’t possible. He did agree to fly, but had a parachute strapped to his back.

“He was afraid of flying,” Joe Martin, a Louisville policeman, said in an HBO special. “We had a rough flight going to California for the trials and so when it came to go to Rome he said he wasn’t gonna fly, and that he wouldn’t go. I said: ‘Well, you’ll lose the opportunity of being a great fighter,’ and he said: ‘Well, I’m not gonna go.’ He wanted to take a boat or something. Anyway I finally took him out to Central Park here in Louisville and we had a long talk for a couple or three hours, and I calmed him down and convinced him if he wanted to be heavyweight champion of the world, then he had to go to Rome and win the Olympics.” 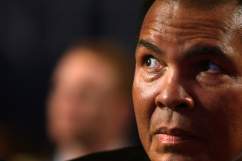 At that time, long before Ali protested serving in the Vietnam War, the only political connection to Ali’s fights was the Cold War. After teammates Wilbert McClure and Eddie Crook won gold medals, there were boos among the crowd. Then, Ali had to face Polish fighter Zbigniew Pietrzykowski, 26 at the time.

Ali fed off the boos, which suddenly turned to cheers when he reached the ring.

“The people made me fight harder than I should have,” Ali told the Louisville Courier-Journal after the fight. “When they booed five minutes after Crook’s win and I was the next American in the ring, I knew I had to leave no doubts.”

Ali considered it one of the greatest moments of his life up to that point, but his treatment at home had a profound impact on him. He might have won a medal, but he still was not treated equally in his hometown of Louisville.

“In my own life, there were places I couldn’t go, places I couldn’t eat,” Ali told biographer Thomas Hauser, notes Time. “I won a gold medal representing the United States at the Olympic Games, and when I came home to Louisville, I still got treated like a [expletive]. There were some restaurants I couldn’t get served in. Some people kept calling me ‘boy.’”

While Ali loved that gold medal, he later lost it. Ali didn’t get a replacement until the Olympic Committee presented him with one during a basketball game at the 1996 Atlanta Games. 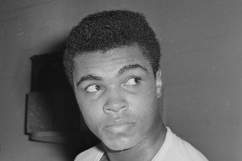 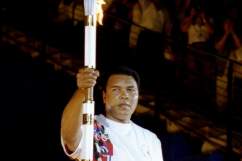