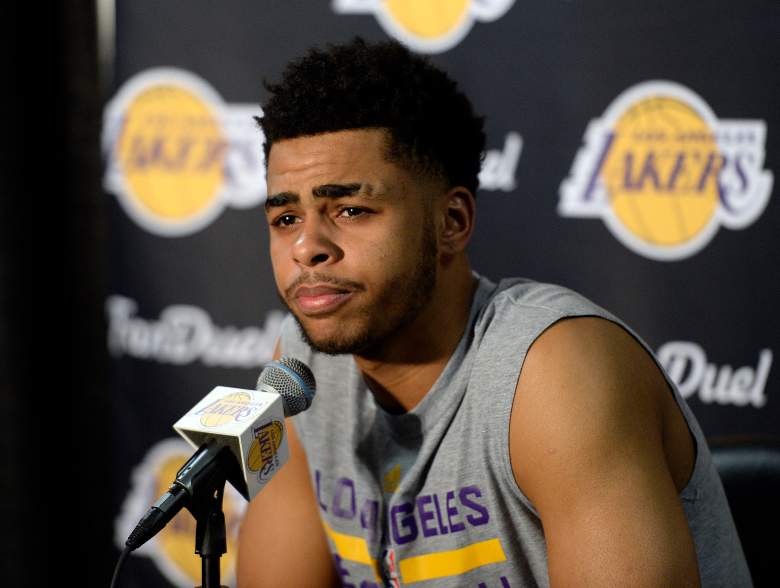 With the NBA Draft scheduled for Thursday night, some companies are unveiling new commercials featuring some of the NBA’s newest players. Foot Locker released a commercial Tuesday that includes former LSU forward Ben Simmons, with the Australian viewed by many as the favorite to be taken first overall by the Philadelphia 76ers.

In the Nike-themed ad Simmons is counseled by fellow Nike athletes Karl-Anthony Towns, Devin Booker and D’Angelo Russell on what he needs to understand about moving from the collegiate ranks to the NBA. While Towns and Booker offered up basic advice on the need to mature, Russell’s advice focused on how Simmons would make use of his cell phone in the NBA.

Russell tossing Simmons’ cell phone over the balcony references the video he recorded of Los Angeles Lakers teammate Nick Young discussing his experiences with women despite at the time being in a relationship with musician Iggy Azalea. Young and Azalea, who were at one point engaged to be married, split up over the weekend with Azalea leaving Young’s belongings outside of the home they shared.

And while Young didn’t refer to the commercial directly, a tweet he sent out on his Twitter account Tuesday morning does make you think that he saw it. Gotta kick a man when he’s down, eh?