Pat Summitt, the legendary Tennessee Lady Vols head coach, died early Tuesday at age 64. She had been battling early-onset Alzheimer's Disease and retired from coaching in 2012. Summitt became coach in 1974 and racked up an astonishing 1,098 wins without ever having a losing season. She won eight NCAA championships and took home the Olympic Gold Medal at the 1984 Olympics as coach of the women's basketball team.
"The legacy she leaves is immense. Her players, who all have college degrees, have been enriched by her teaching. They are coaches, professors, television personalities, businesswomen, all now making a difference in their world because of Pat Summitt," Joan Cronan, the University of Tennessee Director of Women's Athletics, said in a statement. "There will never be another Pat Summitt. She belongs to the ages now and we are sad but so fortunate to have called her a colleague and friend."
Click through for more photos of Summitt during her career. The above photo shows Summitt at a January 1996 game against Alabama, which, of course, the Lady Vols won. (Getty) 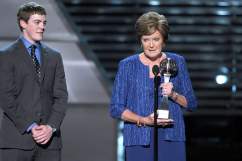 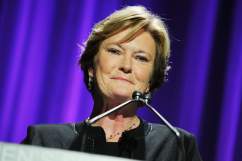