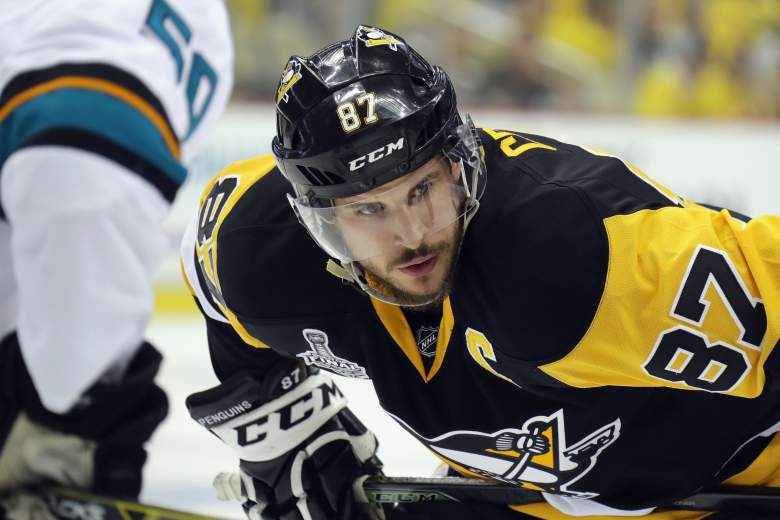 Penguins captain Sidney Crosby is one of the NHL’s highest-paid players. (Getty)

Pittsburgh Penguins captain Sidney Crosby is one of the most recognizable players in the NHL.

Crosby was the first player picked in the 2005 NHL Draft. In the 11 seasons since, he has been the face of the Penguins franchise and one of hockey’s biggest stars.

Crosby has led the league in goals and points, won a Hart Trophy as regular-season MVP, and led the Penguins to two Stanley Cup Finals.

In 2007, Crosby was nominated for Time Magazine’s 100 Most Influential People list.

His net worth is estimated at $45 million, according to Celebrity Net Worth.

Here’s what you need to know about Crosby’s salary, net worth and endorsement deals: 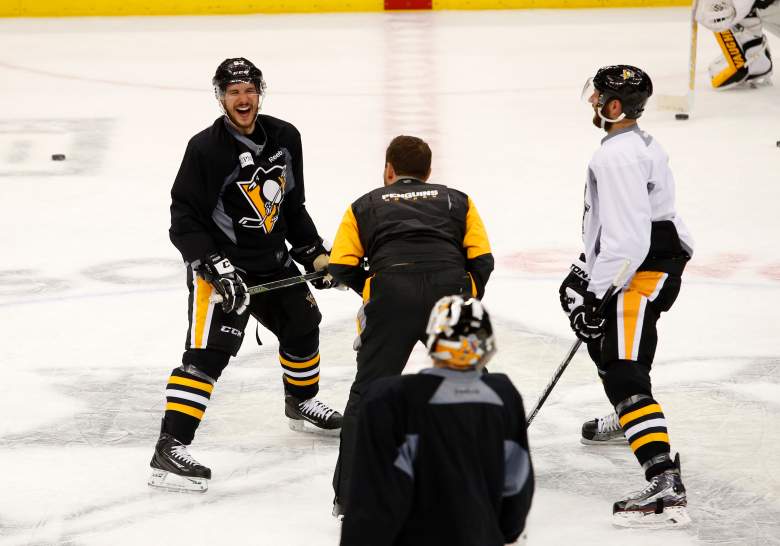 There are half a dozen NHL players who earned eight-figure salaries during the 2015-2016 season and Crosby ranks at the top of the list.

The 28-year old center was the fourth highest paid player in the 2015-16 season. Crosby is under contract with the Pens for nine more years after this season and owed $68.4 million. His salary drops next season from $12 million to $10.9 million.

On June 28, 2012 the Penguins announced that Crosby had agreed to a 12-year extension that will keep Sid in Pittsburgh until 2025.

This is a great day for hockey and tremendous news for the Pittsburgh Penguins and our fans. We are grateful for all that Sidney Crosby has done for our franchise since coming to Pittsburgh in 2005, both on and off the ice, and we look forward to having him in a Penguins uniform for the rest of his career. He is an excellent player and an even better person, and he is a great ambassador for the Penguins and for Pittsburgh.

2. He Has a Multi-Year Deal With Adidas 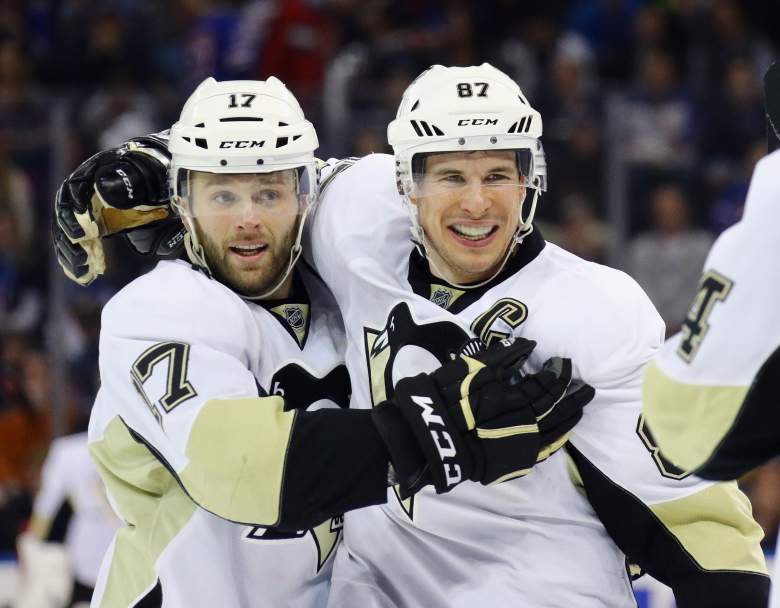 Sidney Crosby has earned $125 million in salary and endorsements during his decade in the NHL. (Getty)

Crosby’s endorsements prove the notion that the Pens superstar is one of the most marketable players in the NHL.

In September 2015, Adidas signed a seven-year deal with the NHL to replace Reebok as the league’s uniform provider, beginning with the 2017-18 season.

A month later, the company inked a deal with Crosby.

According to TSN, Crosby’s six-year deal is worth as much as $1.5 million per year.

As part of the deal, Crosby serves as a consultant on apparel and equipment design.

“There’s no one like Sidney in the game. His creativity on the ice and ability to score, particularly in clutch situations, is unmatched. He’s an iconic athlete who transcends his sport and will go down as one of the best ever to play. He’s a leader on the ice and a fan favorite. He also happens to be a really great guy. When athletes like that want to join your brand, it means something. Special things are happening at Adidas and we’re proud to put Sidney in the center of it.”

3. He Signed The Richest Endorsement Deal in NHL History With Reebok

Crosby signed an endorsement with Reebok when he first entered the league in 2005-06.
However, in 2010 it was announced that Crosby would sign the richest endorsement deal in NHL history with Reebok, expected to pay Crosby $1.4 million a year for five to seven years.

Crosby helped to design his own signature line of apparel, Reebok’s SC87 training collection of footwear and apparel.

All items within this collection featured the SC87 shield logo designed to incorporate Crosby’s initials and jersey number.

Tim Hortons was among the first to recognize the marketing power of Crosby, signing him to a major endorsement contract on December 13, 2006.

Tim Hortons first connected to Crosby back in 1993 when he played for the Cole Harbour Timbits in Cole Harbour, Nova Scotia at the age of five.

Crosby has promoted Tim Hortons’ commitment to minor league hockey in Canada through several marketing efforts including the commercial advertisement above.

The ad shows Crosby taking the ice for a game, with hockey fans, including Timbits Hockey players, following him out onto the ice.

“Sidney is an ideal ambassador for Timbits Hockey,” said Rob Forbes, Director of Tim Hortons’ Regional Marketing and Hockey Development. “As a role model Sidney inspires with his positive attitude and fun approach while still being grounded in family and community. Sidney Crosby embodies the philosophy of Timbits Hockey.”

According to Forbes, in 2015 Crosby earned $4.5 million in endorsements with Gatorade, Rogers Communications, CCM, Tim Hortons, Upper Deck, Verizon and Frameworth. His salary combined with endorsement deals made him the highest-paid NHL player in the 2015-16 season.

5. Crosby’s Net Worth Is Estimated at $45 Million

Although Crosby is one of the most successful, and wealthy professional hockey players, he keeps a low-profile.

His net worth is estimated at $45 million, according to Celebrity Net Worth.

Crosby owns a home on the lake in Nova Scotia, where he enjoys fishing during the offseason.
According to Trib Total Media’s Penguins reporter Jason Mackey, the house is a very upscale mancave, although not the mansion you may expect a superstar to own.

“It’s very modest and it’s just like Sidney. I had a couple people up there tell me he’s not an extravagant person and that’s shown through his house and how he lives,” Mackey told WPXI. “He was driving around in a Chevy Tahoe with golf clubs in the back and hockey sticks. He’s just a regular guy. I spent a lot of time with him and we saw that.” 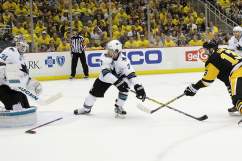