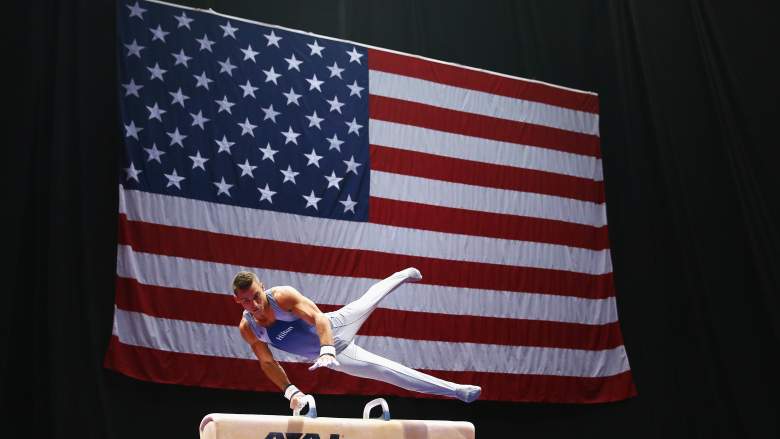 The United States’ best gymnasts will gather in St. Louis, Missouri, this weekend for the men’s Olympic trials.

With just five spots in Rio up for grabs, 18 individual competitors will battle it out for an opportunity to represent the Red, White and Blue at the 2016 Summer Games.

Here’s a complete look at when and where to watch all the action, as well as a rundown on how the qualifying process works:

Note: You can click here for individual start lists for Day 1, and here for Day 2. 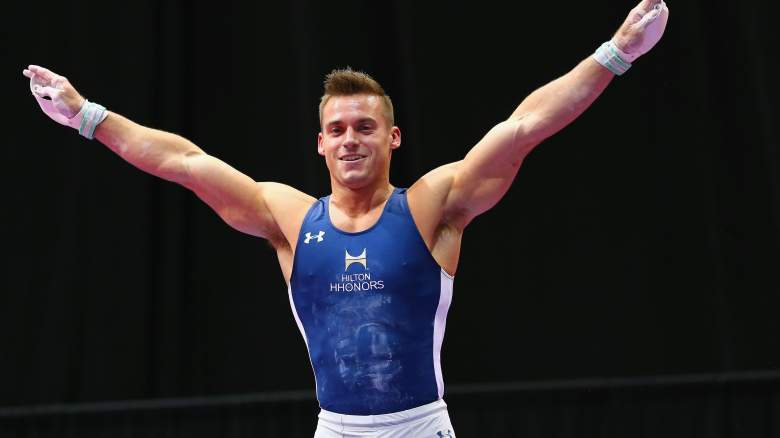 Sam Mikulak looks like a lock for the 2016 USA men’s gymnastics Olympic team, but can he secure an automatic bid? (Getty)

While there are five spots on the USA men’s gymnastics team up for grabs, only two are attainable via automatic qualification.

Scoring from both the P&G Championships in early June (results here and here) and this weekend’s Olympic trials are taken into account. When combining the scores from each event, an athlete can secure one of the two automatic qualifying spots if he finishes in the Top 2 in the all-around competition, and in the Top 3 in three of the six individual events (floor exercise, pommel horse, still rings, vault, parallel bars, horizontal bar).

For example, 2012 Olympian Sam Mikulak is currently the closest to automatic qualifying because, following the P&G Championships results, he is first in all-around, as well as second in both pommel horse and parallel bars. If, following this weekend’s Olympic trials, he stays in those positions and cracks the Top 3 in another event (he’s fourth in horizontal bar), he’ll automatically qualify.

The other three spots (or four, or five, if the automatic bids aren’t secured) will be determined by the Olympic Selection Committee and announced after competition around 11 p.m. ET on Saturday, June 25.

Read More
Gymnastics, Rio Olympics 2016
18 USA men's gymnasts will compete for five Rio spots in the 2016 Olympic trials this weekend. Find out when and where to watch all the action.