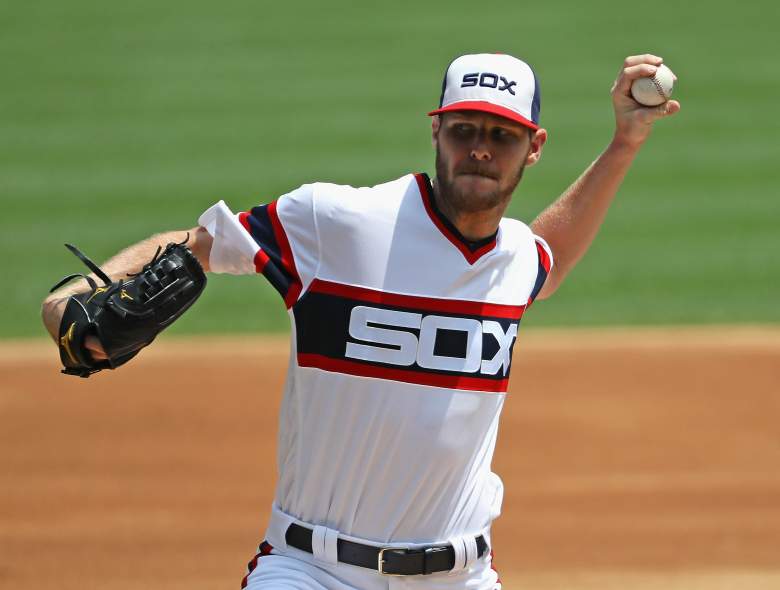 At 27, Boston Red Sox left-hander Chris Sale is one of the best pitchers in the game and was named to his sixth consecutive AL All-Star Team in 2017.

After constant rumors that he would eventually wind up in a Boston Red Sox uniform, it finally happened during the 2016 Winter Meetings. Fox Sports’ Ken Rosenthal reported that Sale headed to the White Sox for four prospects, including the potential all-star Yoan Moncada.

The Lakeland, Florida native has spent his entire career with the White Sox, who drafted him in the 2010 amateur draft. He made his MLB debut in 2010 at age 21, getting used to pitching in the big leagues as a reliever.

Here’s a look at Sale’s life and career. 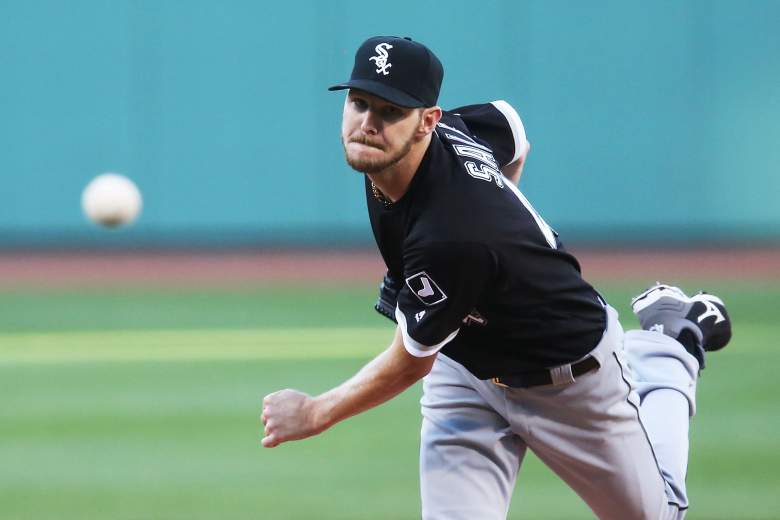 Although the White Sox started off this season strong, they started to falter and fell behind the Cleveland Indians in the AL Central in 2015. That started some rumblings once again that Sale might be traded, as they do almost annually. The White Sox stumbled to the All-Star break with a 42-40 record.

The Boston Red Sox often come up as a potential landing spot, but when he played against Boston, Sale told the Boston Herald that he’s not interested in being traded.

“I’m right where I want to be. I plan on being here forever,” Sale said. “So I mean, I don’t think they would trade me. I would hope not. I mean, at the end of the day, it’s a business. I understand you got to do what you got to do, what’s best for the team and what not. I have a hard time believing that I would be traded and I really don’t want to (be).”

2. Sale’s Nickname Is ‘The Condor’ Thanks to His Mechanics 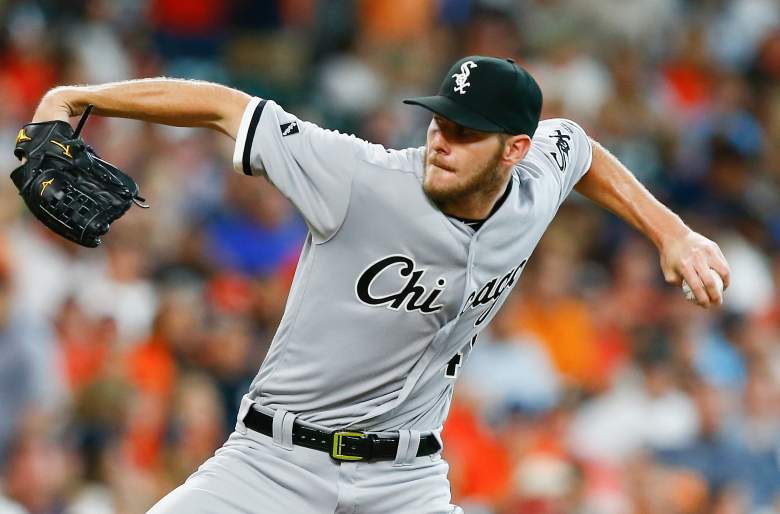 Now, this is why Sale has earned the nickname “The Condor.” (Getty)

Sale earned the nickname “The Condor” thanks to his unique mechanics and his wingspan. It’s really cool to see in action, but it has sparked some fears about him getting hurt easily. However, White Sox pitching coach Don Cooper told Bleacher Report in 2015 that people who worry are “quacks.”

Sale has taken a trip to the disabled list though. In April 2014, he was on the 15-day DL for a flexor strain. Sale still made 26 starts that season, finishing with a 12-4 record and making the All-Star Game. 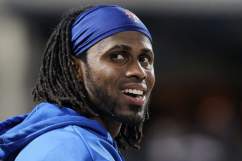 3. Sale Came Into the MLB as a Reliever 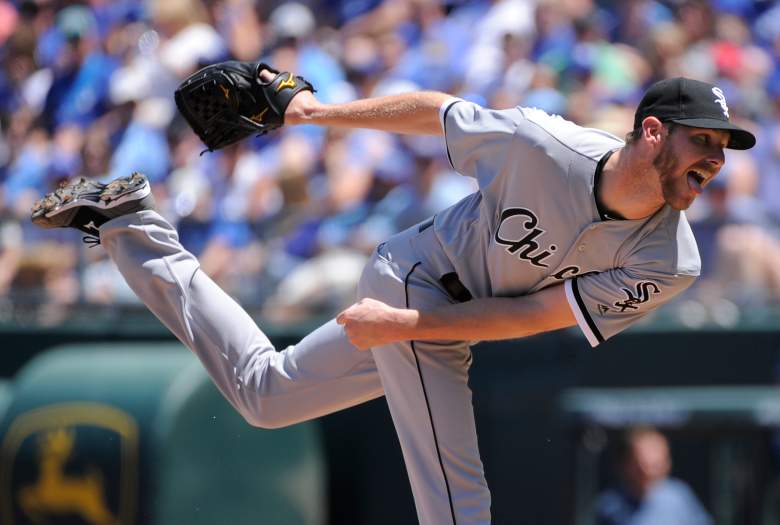 Chris Sale pitches against the White Sox’s division rivals, the Kansas City Royals, in May. (Getty)

Sale wasn’t always built to pitch deep into games and complete all nine innings. The Florida Gulf Coast University graduate quickly climbed through the minors after being drafted in 2010, pitching as a reliever. It wasn’t until 2012 that he became a starter in the majors.

However, Sale was a starter in college, starting 28 games in three seasons and throwing three complete games. Despite that, White Sox GM Kenny Williams saw him as a reliever who would eventually develop into a major league starter.

“Some teams might have been scared off by his physique, others by the signability issue. But Kenny saw him as a pitcher who could help us right away as a reliever and down the line as a starter,” Rick Hahn, the current White Sox GM, told ESPN in May 2016.

Since becoming a starter, Sale has been a dominant pitcher. In 2015, he set team records for most strikeouts in a season (274), most strikeouts-per-nine innings (11.9) and strikeout-to-walk ratio (6.5). He’s finished in the Top 10 of Cy Young voting every season since 2012. He finished fourth last year and third in 2014.

4. Sale Skipped Out on Draft Night to be With His Parents, Future Wife & Infant Son 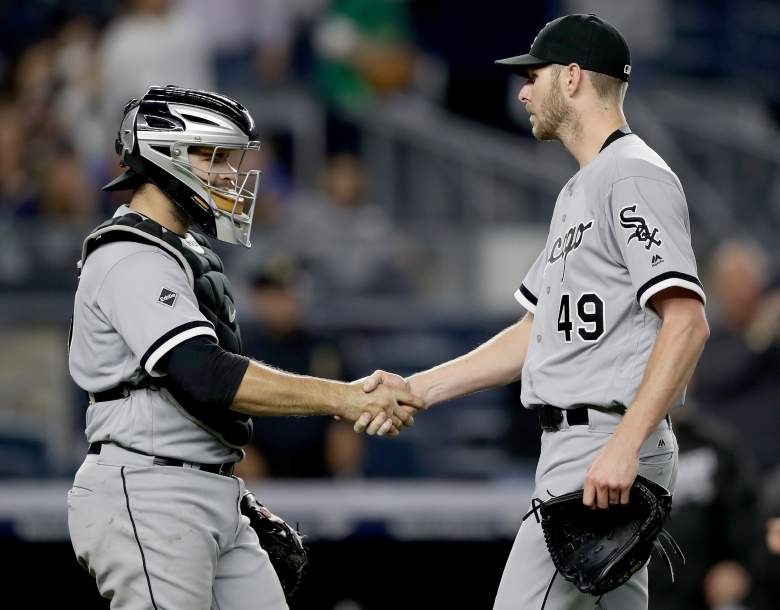 Chris Sale and Alex Avila shake hands after Sale finished a complete game against the Yankees in May. (Getty)

In 2010, Sale was invited to go to the MLB Draft, but he declined. Instead, he stayed home to be with his parents – Allen and Marla – and his future wife, Brianne Aron. Their son, Rylan, was born on May 2, 2010, so Sale wanted to be home to help take care of Rylan. However, he was joined by his FGCU teammates and coach.

While playing at Lakeland High School, Sale attracted the attention of the Colorado Rockies, who drafted him in 2007. Surprisingly, Sale’s father actually suggested that he might as well go pro if he didn’t want to focus on education.

“Education was a priority for my wife and I and also for our daughter,” Allen Sale told the Naples Daily News in 2010. “It really was not a priority for Christopher. When I sat down with him, I said, ‘If you’re going to be committed to baseball and education at Florida Gulf Coast like you’ve been dedicated to education and baseball in high school, you might as well take the money the Rockies are offering you and head to Arizona.’ We had serious reservations about his ability to go down there and make grades.”

Sale turned the Rockies down though and went to FGCU instead.

Sale still has ties in Florida. Brianne and Sale hope to launch the Chris Sale Foundation. They also help out Laces of Love, which provides shoes to needy children. 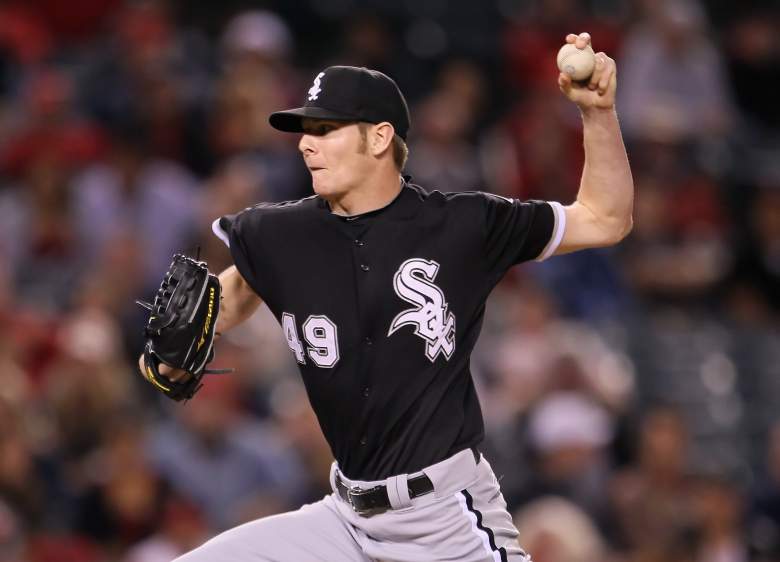 At a time where pitchers rarely throw complete games, Sale has proven to be durable and enjoys pitching all nine innings. He had the most in the MLB in 2013 with four and is currently leading the league with three. (The Red Sox’s Steven Wright, the Indians’ Corey Kluber, Clayton Kershaw of the Dodgers and the Giants’ Johnny Cueto also have three each.) Sale is also currently leading the AL with 120 innings pitched and has the most wins with 14.

Sale’s most recent complete game came in May against the Houston Astros, with Sale picking up his ninth win of the season. He gave up four hits and stopped the White Sox’s four-game losing streak at the time.

Although Sale has yet to throw a no-hitter, he came close once. In May 2013, he tossed a one-hitter against the Los Angeles Angels. He retired 19 batters before Mike Trout hit a single.