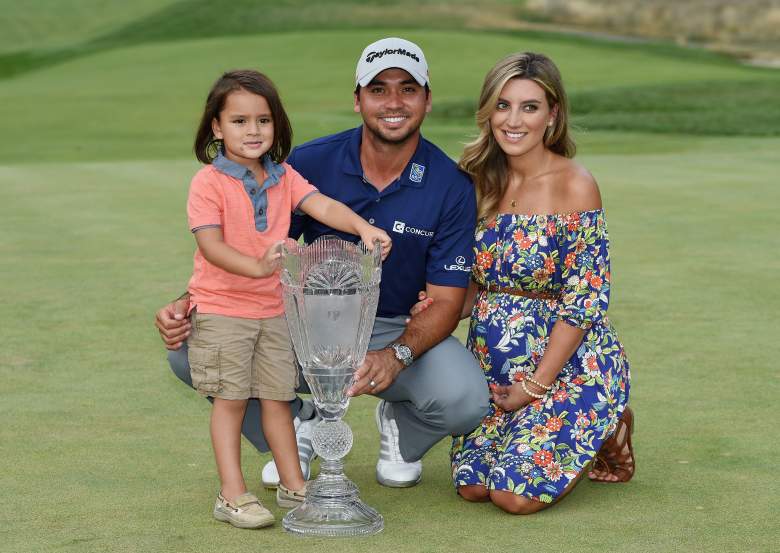 Jason Day poses with the winner’s trophy on the 18th green alongside his son Dash and wife Ellie after his six-stroke victory at The Barclays at Plainfield Country Club. (Getty)

Defending PGA champion Jason Day is aiming for back-to-back wins at Baltusrol, something that only Tiger Woods has done in recent history.

The 29-year-old won the 2015 PGA Championship at Whistling Straits for the first major victory of his career.

Jason Day’s son, Dash, is only 4 years old, but has already become well-known in the sports circuit and even appeared in a recent commercial.

Here’s what you need to know about Dash Day:

1. He Appeared in a Recent PGA Tour Commercial

TaylorMade and the PGA Tour Superstore released a Father’s Day commercial that featured Dash and his dad, Jason Day in June.

Dash narrates the video, which shows Jason and Dash playing golf together, ‘like most Sundays.’

Jason spoke about Dash learning to read his lines for the commercial.

So (Dash) went down to, in Columbus, they went down to a studio. He had headphones on and Ellie was helping him out with his lines. I mean, the lines, he’s only 3, so — and people forget he’s 3. He’s a humongous toddler. He’s very big. And you should see Lucy, she’s even bigger. She’s a fatty. It’s fine. Like Ellie, I think she has protein shakes in those things. I don’t know what she’s doing. But for some reason, she’s a very, very big baby. I don’t know how other people have real tiny babies.

What a memorable week @PGAChampionship ! Thank you to my team and everyone who has supported me over the years. pic.twitter.com/2K2HGTzNq4

Jason met his wife, Ellie Harvey in 2005 at a Ohio restaurant where she worked. Day frequented the restaurant with his caddie, Colin Swatton. However, they didn’t begin dating until 2007.

When Day is on Tour, their family travels together in an RV.

3. Dash Already Has a Love for Golf 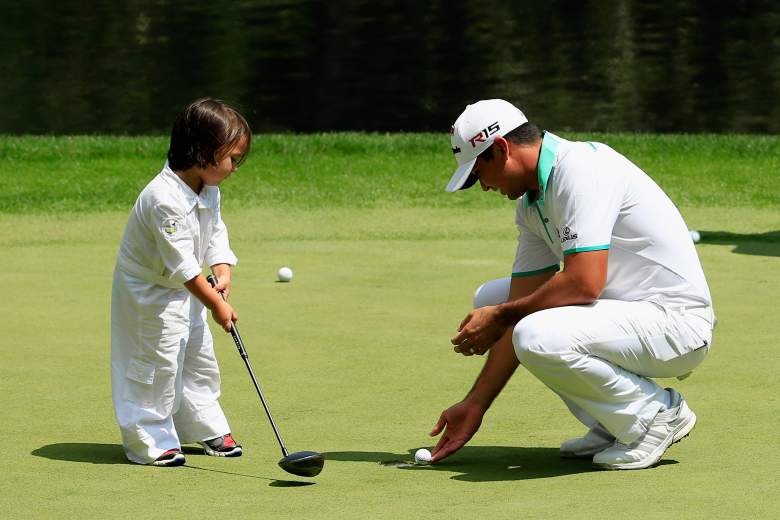 Jason Day waits on a green with his son Dash during the Par 3 Contest prior to the start of the 2015 Masters Tournament at Augusta National Golf Club. (Getty)

Dash has developed a passion for the game of golf, according to his father, who wrote about his son in a Golf Digest article.

I was kind of pushed into golf as a kid, so I vowed never to do that with my son. My rule is, Dash has to ask me to go to the range. Our family travels to most tournaments in our RV, and our “home” is almost always parked on or near a golf course. So the game is very present in his world. Dash will grab his driver and say, “Hit balls, hit balls.” He really likes it, and watching his face light up when he connects with one brings me great joy.

4. Once Dash Grows Older, Day Plans to Have Him Coached by His Caddie 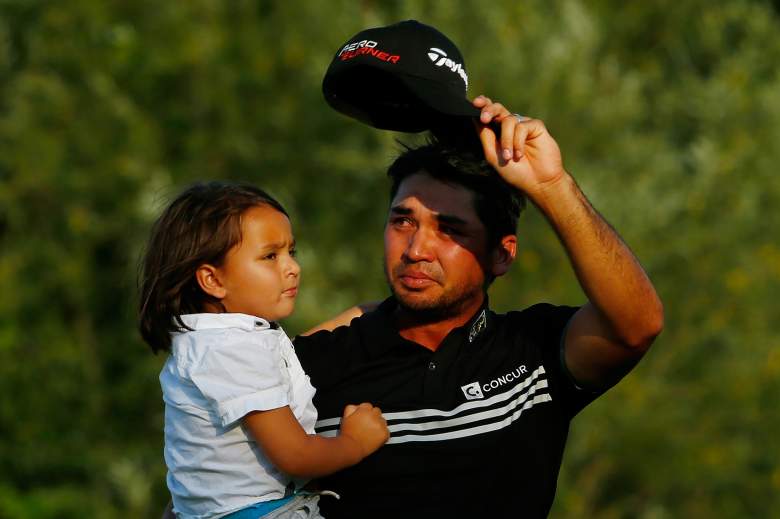 Jason Day walks off the 18th green with his son Dash after winning the 2015 PGA Championship with a score of 20-under par at Whistling Straits. (Getty)

If Dash continues to play golf, Jason says he plans to pass the coaching duties over to Colin Swatton, his own caddie.

“(Swatton) took me from a 12-year-old to where I am today,” Jason told Golf Magazine. “If Dash ever decides to pursue golf seriously, I’ll put Col in charge. I’d be too technical a teacher for a junior.”

Swatton has been beside the champion golfer throughout the ups and downs of his career. The pair met when Day’s mother sent him to the Koralbyn International School in Queensland, where Swatton was a coach, after the golfer’s father died. Since then, Swatton has helped Day capture 10 PGA Tour wins, and earn over $33.5 million.

In a press conference following Day’s victory at the 2015 PGA Championship–his first major win– he talked about his relationship with Swatton.

“He’s been there for me since I was 12 1/2 years old,” Day said. “I mean, he’s taken me from a kid that was getting in fights at home and getting drunk at 12 and not heading in the right direction, to a major champion. And there’s not many coaches that can say that in many sports. So, he means the world to me. I love him to death.”

5. He Has a Younger Sister, Lucy 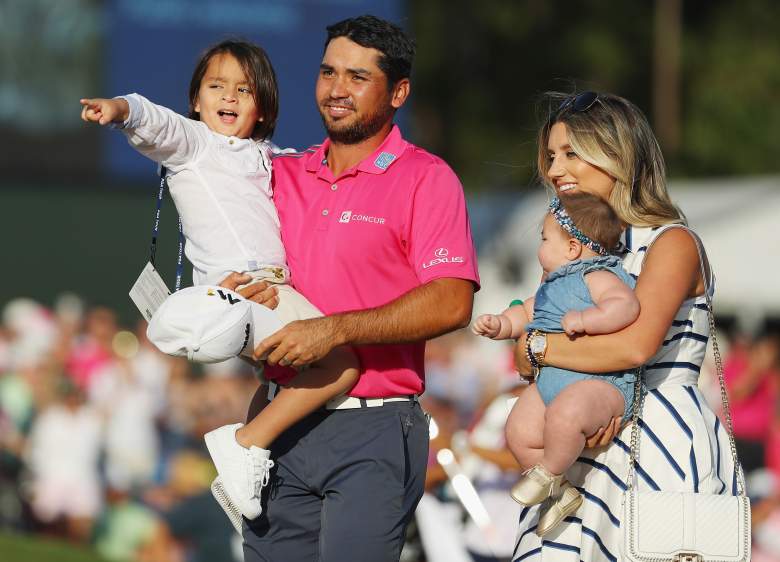 Jason Day celebrates with son Dash, wife Ellie and daughter Lucy after winning during the final round of The Players Championship. (Getty)

Lucy made her first appearance on the golf course at the 2016 Par 3 Contest. The annual tradition during Masters week allows families to caddie for the players.