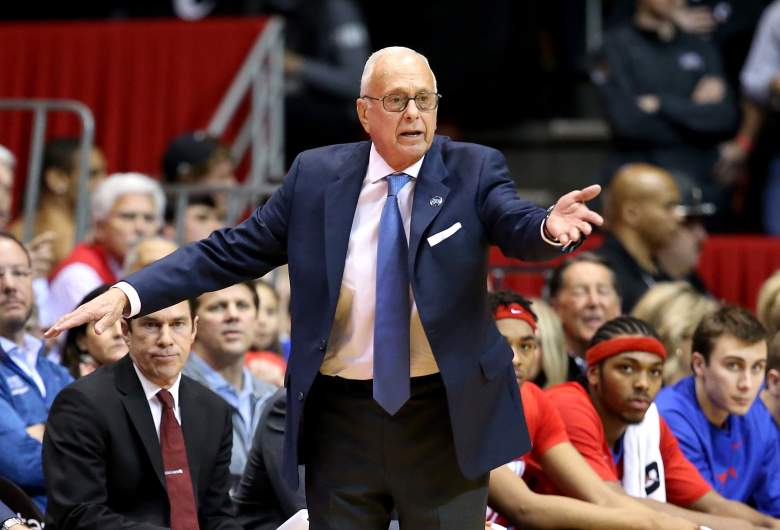 Friday morning it was reported that Larry Brown, one of six active Naismith Memorial Basketball Hall of Fame head coaches in the sport, would be stepping down as head coach at SMU. In four seasons as the head coach at the American Athletic Conference program Brown led the Mustangs from Conference USA into the American Athletic Conference, where they’ve won 25 games or more in each of the last three seasons and in 2015-16 made the program’s first NCAA tournament appearance since 1993.

Here’s what you need to know about Brown, as well as who’s in line to replace him as head coach at SMU.

1. According to Reports, SMU Was Reluctant to Offer Brown a Long-Term Extension 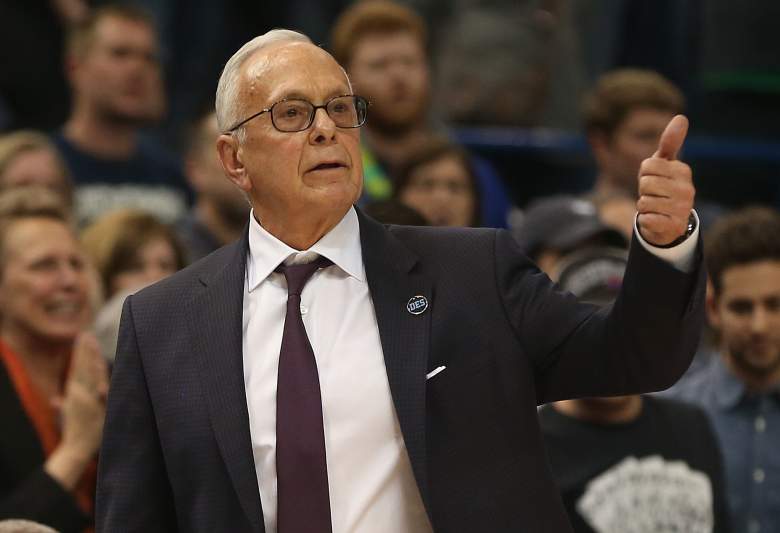 News of Brown’s resignation was first reported by Jon Rothstein of CBSSports.com, who noted that a disagreement between the head coach and school on a new contract prompted his departure. According to the report SMU was reluctant to offer Brown, who will be 76 years old in mid-September, a long-term extension. However SMU AD Rick Hart disputed this, stating in the release announcing Brown’s resignation that the school offered the head coach an extension through the year 2020.

In four seasons at SMU Brown led the Mustangs to 94 wins against just 39 losses, representing one of the most successful periods in program history. The four-year tenure in Dallas falls two years short of Brown’s longest as a head coach at any stop in his career, as he spent six seasons with the Philadelphia 76ers from 1997 to 2003. At the college level SMU was Brown’s third stop, as he was at UCLA from 1979 to 1981 and at Kansas for five seasons from 1983 to 1988. Brown led UCLA to the national title game in 1980, but that appearance was vacated due to NCAA rules violations that occurred prior to his arrival.

And the year after he led Kansas to the national title in 1988 the program was unable to defend its national title, as NCAA rules violations resulted in a one-year postseason ban. Brown’s SMU program was also subject to an NCAA investigation during his time at the helm. 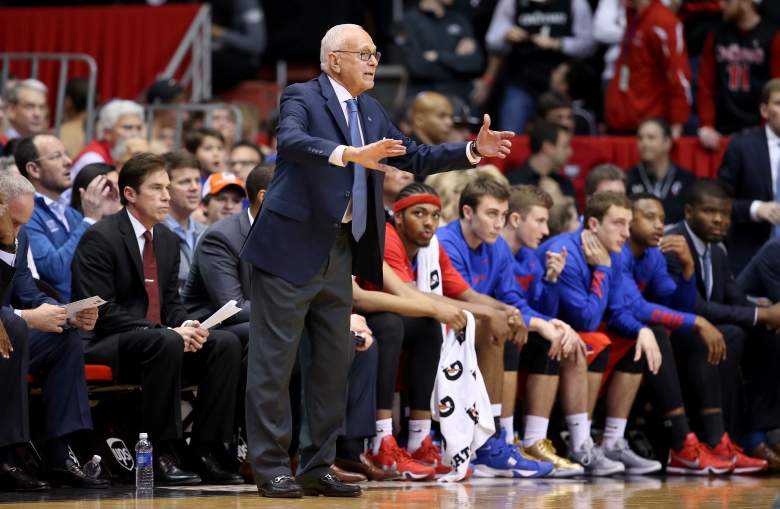 After reaching the NCAA tournament in 2015 the Mustangs, who were undefeated well into January, missed out on postseason play as a result of an NCAA investigation into the program. In late September the NCAA Committee on Infractions released its findings in a case tied to the academic eligibility of former guard Keith Frazier, citing the men’s basketball program for unethical conduct, lack of head coach control and academic fraud.

Brown was suspended for the Mustangs’ first nine games of last season and also received a show-cause penalty for his role in the violations, which according to the NCAA included his not “promoting an atmosphere of (rules) compliance” within the program. The men’s basketball program was also placed on three years probation as a result of the investigation. Frazier ultimately transferred to North Texas and the assistant coach involved in the investigation, Ulric Maligi, took a leave of absence from his position in January 2015 and did not return to SMU. This spring Maligi was hired as an assistant at Texas A&M after Rick Stansbury left to become the new head coach at Western Kentucky.

3. Tim Jankovich Will Take Over As Head Coach 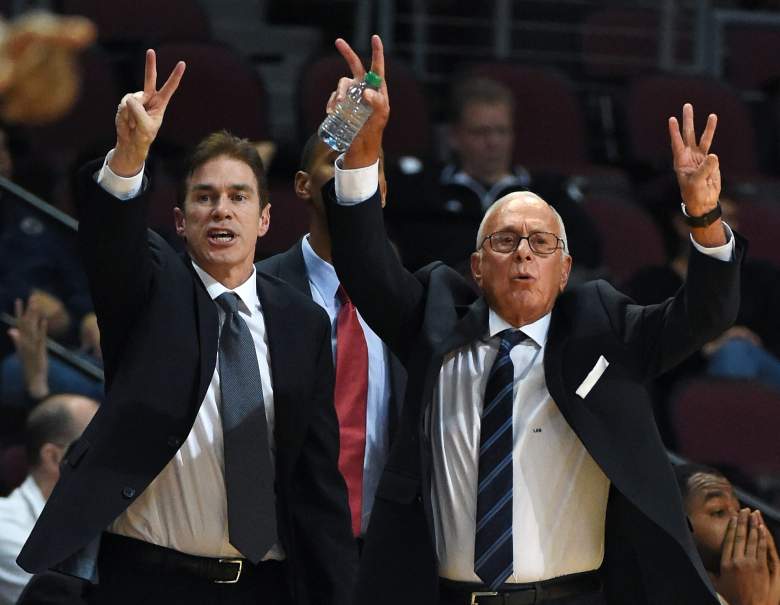 There won’t be a search for a new head coach at SMU, as that person was already on staff. In 2012 the school hired Tim Jankovich as the program’s head coach in waiting, guaranteeing his promotion to the position whenever Brown decided to step down. This will be Jankovich’s third head coaching job, as he led the North Texas program from 1993 to 1997 and Illinois State from 2007 to 2012. Jankovich led Illinois State to four NIT appearances in his five seasons at the helm, winning 21 games or more on four separate occasions.

A benefit to Jankovich’s hiring was the transfer of Nic Moore from Illinois State to SMU after a freshman season in which he was named to the Missouri Valley Conference All-Freshman Team. After sitting out the 2012-13 season per NCAA transfer rules Moore ran the point for SMU as the Mustangs went from also-ran to perennial contender in the newly formed American Athletic Conference. Moore won conference Player of the Year honors in both 2015 and 2016.

4. SMU Will Have Some Holes to Fill, Most Notably at the Point 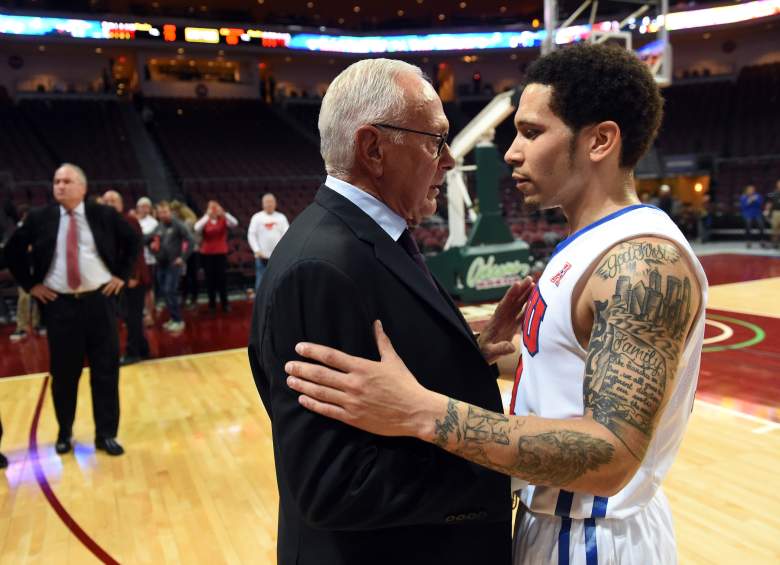 SMU has hopes of once again contending in the American along with the likes of Connecticut and Cincinnati, but they will have some key personnel losses to account for. Chief among those departures was Moore, who’s out of eligibility after being the best player in the American in each of the last two seasons. In total three of SMU’s top six scorers from last season, not counting Frazier as he left the program mid-year, and two of their top three rebounders are gone with forwards Jordan Tolbert and Markus Kennedy also out of eligibility.

However this doesn’t mean that Jankovich will be working with an empty cupboard in 2016-17. Rising seniors Ben Moore (11.9 ppg) and Sterling Brown, who both averaged at least 10.1 points per game, return with Moore having also averaged 7.4 rebounds per game. And in rising sophomore Shake Milton the Mustangs welcome back a player who was one of the best freshmen in the American last season. SMU’s five-player recruiting class is headlined by 6-foot-10 Australian forward Harry Froling. 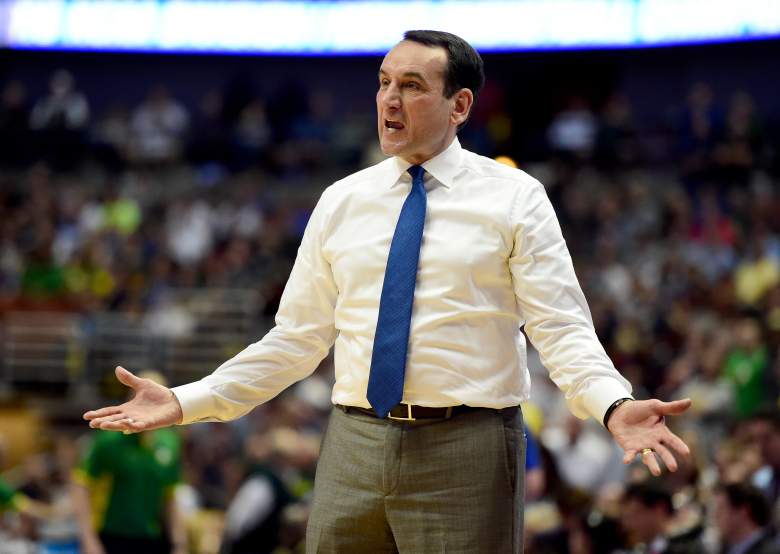 In Larry Brown’s career as a head coach he’s won more than 2,600 games at the NCAA, ABA and NBA levels, resulting in his being inducted into the Naismith Memorial Basketball Hall of Fame in 2002. Brown’s resignation leaves college basketball with five active Hall of Fame head coaches, with four being in the ACC.

Duke’s Mike Krzyzewski, who will coach the United States at the Rio Olympics next month, is the sport’s all-time wins leader. Also on the list of active Hall of Fame head coaches at the college level are Louisville’s Rick Pitino, North Carolina’s Roy Williams, Syracuse’s Jim Boeheim and Kentucky’s John Calipari. Boeheim will be an assistant on Krzyzewski’s staff in Rio.