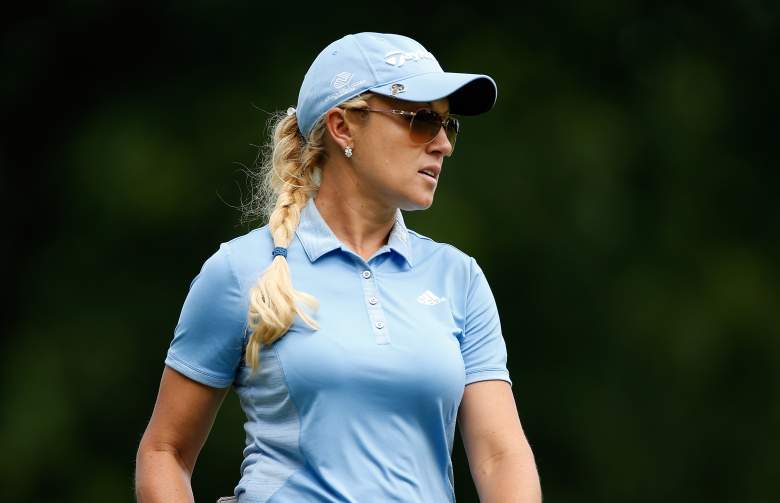 Natalie Gulbis has experience in both the sports and entertainment world. (Getty)

Natalie Gulbis has showed her versatility throughout her career. Gulbis plays on the LPGA Tour, but has many interests away from golf.

From photo shoots to her appearance on Celebrity Apprentice, Gulbis can do it all. Gulbis entered the national stage for many people when she spoke at the Republican National Convention in 2016 to speak about Donald Trump. Her many different ventures combined with her golf career makes Gulbis a fascinating person.

Here’s what you need know.

1. Gulbis Has Earned Close to $5 Million on the LPGA Tour

According to LPGA.com, Gulbris turned pro in 2001. She has finished in the top 10 37 times during her career. At 14, she became the youngest player to ever Monday qualify for an LPGA tournament until Michelle Wie broke her record. She earned $1 million in 2005.

She has used her success to help the community. In 2005, she started her own foundation. Gulbis opened her own Boys and Girls Club in Las Vegas, Nevada. “I always hoped one day I’d be able to have my own name on a club and to be able to use the game of golf to give back,” she told the Review Journal.


2. She Is Married to Josh Rodarmel

Gulbis married Josh Rodarmel in 2013. He played football for Yale and was a highly touted high school recruit. Rodarmel started Power Balance with his brother.

The company manufactured athletic accessories. According to the Los Angeles Times, they filed for chapter 11 in 2011. It was sold to the Chinese company Contec Corp. one year later. The couple purchased a house in Newport Beach, California for $1.4 million. 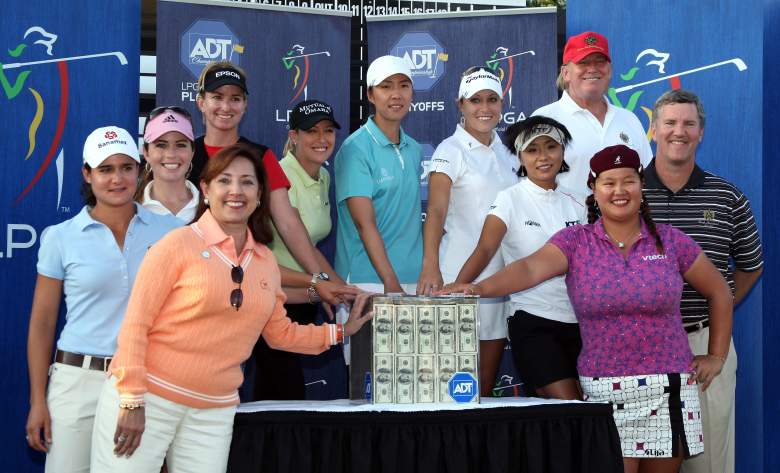 Natalie Gulbis with Donald Trump at a golf event. (Getty)

Gulbis has not shied away from her support of Donald Trump. During the 2016 election season, she penned an article for Golf Magazine entitled “The Donald Trump I Know” where she explained why she supported Trump.

“I realize he has made his share of controversial remarks, but in my experience, I have found him to be gracious, generous and inspiring. He encouraged me to look at myself as a brand and as a professional golfer with a huge platform to grow the game of golf, regardless of my gender,” Gulbis wrote.

She was one of several keynote speakers at the Republican National Convention on July 19, 2016.

4. She Starred on the Celebrity Apprentice in 2009

The Celebrity Apprentice goes to Kaleidoscope!Week 7 Celebrity Task: Creating the tangible out of the intangible – LifeLock, and identity protection service challenged this week's Celebrity teams to create branded packaging and in-store display for their service. Kaleidoscope opened their doors and expertise to the Celebrity Teams in this task. James Harvey and Robert Dito, senior account executives at Kaleidoscope…2009-04-21T20:05:12.000Z

While she was hesitant at first, Trump convinced Gulbis to be on Celebrity Apprentice. She explained to Golf Magazine why she eventually decided to go on the show.

“It was cutthroat and competitive, and it featured a lot of arguing, so I wasn’t sure I was a fit. But Donald said that as a participant I would achieve three things: grow the game of golf, draw positive attention to the LPGA, and raise money to start my own Boys and Girls Club, which he knew was one of my life goals,” she wrote in Golf Magazine.

Day in the life of Natalie GulbisNatalie Gulbis gives a glimpse into what a day is like when she's not playing a tournament. Go behind the scenes at a TV commercial shoot and hear from her coach Butch Harmon.2011-11-20T19:39:57.000Z

Gulbis has admitted that she and her husband are trying to have a child. She explained the challenges to The New York Times.

“I’ve been trying to have a baby. I’ve gone through a whole bunch of different ways to try to have children,” Gulbis admitted to The New York Times.

Gulbis knows she would need to take a break from golf if she becomes pregnant. She told the Times she was more than willing to do that if they were blessed with a child.

Read More
LPGA, Politics
Natalie Gulbis is one of the most well-known golfers on the LPGA Tour. She is also one of the biggest supporters of Donald Trump.