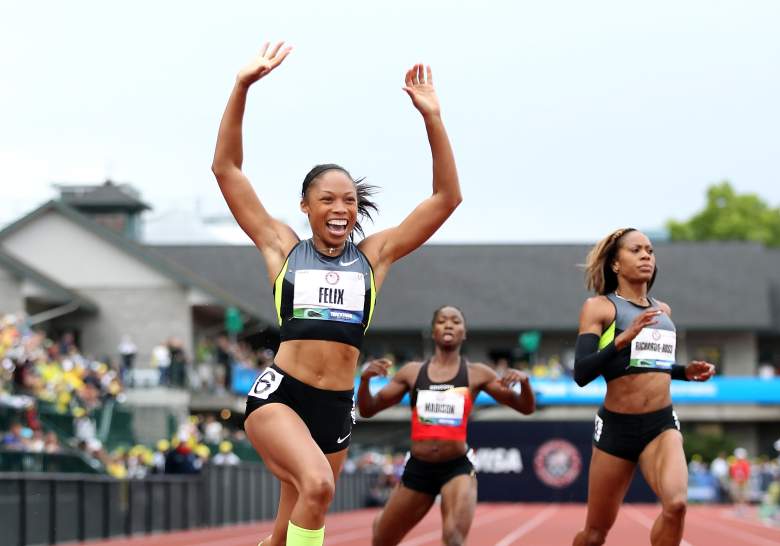 After winning a senior national indoor title three months before her high school graduation in 2003, Allyson Felix became one of the world’s top sprinters. According to TeamUSA.org, no woman in history has won as many world outdoor championship gold medals as her nine, and “no track and field athlete in the last three Olympics has won more medals than her six–four golds, two silvers.”

In the 2016 summer Olympics in Rio, Felix hopes to be the first person in 20 years to win gold medals in the 200- and 400-meter at the same Olympics, according to TeamUSA.org. Felix just qualified for the 400m race at the Olympic Trials in Oregon in 49.68 seconds, clocking the fastest time in the world.

Our gallery highlights major moments in the 30-year-old California-native’s career so far, and some photos that show you who the Olympian is off the track.

On July 3, 2016, Felix won the Women's 400 Meters Final during the 2016 U.S. Olympic Track & Field Team Trials at Hayward Field in Eugene, Oregon. Felix won despite a severe right ankle injury that made it impossible for her to walk just a couple of months ago, said ESPN. At the 2012 Olympics, Felix finished fifth in the 100, so she dropped that event and replaced it with the 400, according to ESPN. (Getty)