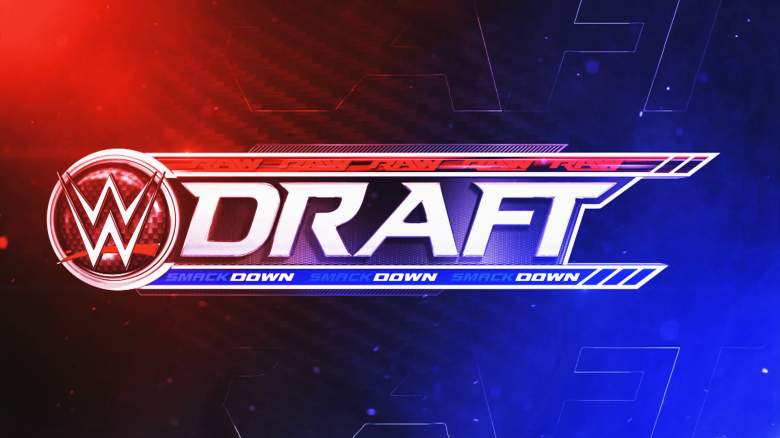 We’re exactly two weeks away from the biggest event in the WWE this year: the 2016 draft, which will take place live on SmackDown on July 19th.

While over the past few years there has been a lot of crossover between Raw and SmackDown, this summer, both shows will be getting their own exclusive rosters, with all the performers we know and love being split up between the two programs. In addition, it is expected that each brand will have its own referees, theme song, sets, and even different rope colors, red for Raw and blue for SmackDown.

Plus, SmackDown will be going live on Tuesdays rather than being pretaped on Thursdays, and by holding the draft on SmackDown, the WWE is clearly hoping to reestablish this show as equally important to Raw.

What other changes are in store, and who’s going where in the split? Here’s everything you need to know about the WWE 2016 draft.

1. There Will Be Two World Titles 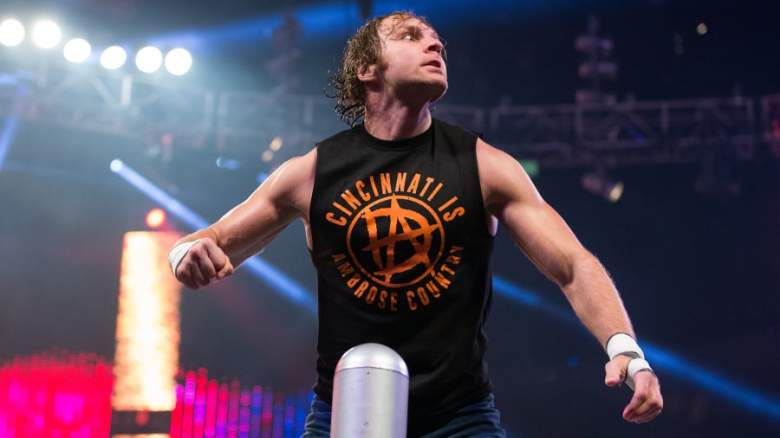 Dean Ambrose is the current WWE World Heavyweight Champion, but that may be changing very soon. (WWE)

The first rumored change in the 2016 brand split is that there will once again be two world titles: a Raw Champion and a SmackDown Champion. Some evidence pointing in this direction is that according to Dave Meltzer of The Wrestling Observer, starting in September, there will be two pay-per-view events per month, one for Raw and one for SmackDown.

The language the WWE has been using to reference their titles has been slowly changing over the past month as well. During the recent match between Roman Reigns and Seth Rollins at Money in the Bank, Michael Cole said that “this match will determine who will be the Raw WWE World Heavyweight Champion.” And in recent weeks, Dean Ambrose’s title is being referred to as the WWE Championship, not the WWE World Heavyweight Championship.

According to The Wrestling Observer, there will also be two titles for the Women’s Division, and Sasha Banks is headed to SmackDown while Charlotte is head to Raw.

Some are critical of this idea, saying that having two titles only makes them both seem less important, as there can no longer be one champion. After all, during the last brand split, the WWE Championship was always seen as being more significant than the World Heavyweight Championship.

“The only way the two title system can work is if SmackDown and Raw are presented as equals and the WWE sticks with the brand split,” observes the Daily DDT. “The issue with this is that the WWE has shown in the past that they can’t do it.” 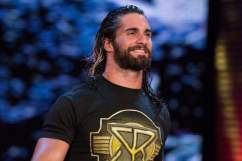 2. Dean Ambrose & John Cena May Be Going to ‘SmackDown’ 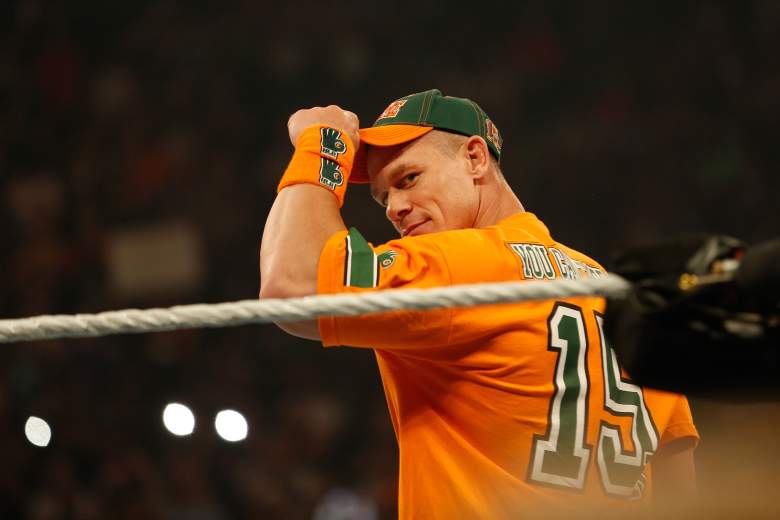 We won’t know anything official about the new roster until July 19th, but the rumor is that John Cena is to become the new face of SmackDown.

Forbes reports that the WWE hopes Cena will usher in a new era for SmackDown. This seems like a smart move, as they’d be sending one of the their top performers over to be an exclusive of that show as a way to demonstrate it is as significant as Raw. For a while now, SmackDown has been seen as the lesser of the two, as reflected by the ratings. Speaking of Raw, Forbes also reports that while Cena will be the face of SmackDown, Roman Reigns will be the face of Raw.

Outside of Cena and Reigns, advertisements for upcoming SmackDown shows seem to give us an idea of which superstars might be drafted where. According to Ringside News, the following wrestlers are advertised to be appearing on SmackDown shows after the July 19 draft: AJ Styles, Dean Ambrose, Chris Jericho, Kevin Owens, Luke Gallows, Karl Anderson, New Day and Cesaro. On the women’s division side, Sasha Banks is also expected to be headed to SmackDown.

Meanwhile, Cena is not advertised as being at these SmackDown shows, while he will reportedly be at post-draft Raw shows, meaning he’s either staying with Raw or the WWE is being intentionally misleading in order to not give away the July 19th surprise.

3. Roman Reigns Won’t be Present for the Draft 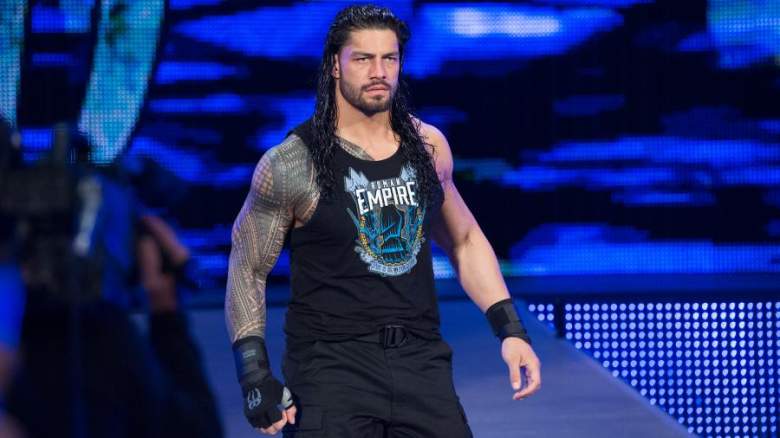 One of the biggest questions about the draft right now is what the heck is going to be done with Roman Reigns. He is suspended for 30 days following a drug violation, and so he will not be able to participate in the draft on July 19th. Is the WWE just going to place him somewhere without Reigns being present? Will he be left out of the draft all together?

We don’t yet know, but The Daily DDT has a pretty interesting idea. Their theory is that the company will actually be using Reigns’ suspension to their advantage in order to build excitement for the brand split; Reigns will make his big return at Battleground, defeating Seth Rollins and Dean Ambrose to reclaim his title. This will create a situation where the audience is kept in suspense about what show the new champion will end up on, and a storyline will develop of the general managers of Raw and SmackDown fighting to draft Reigns to their program. For a few weeks, Reigns can make appearances at both shows, helping to make the transition a bit easier.

Of course, that’s just speculation, but it’s certainly an novel solution to a huge problem the WWE is facing. This idea does seem to contradict rumors we’ve heard that Reigns will return with a redemption storyline, though; having him hold the WWE Championship and be courted by all the top dogs in the WWE sure doesn’t sound like he needs much redemption. 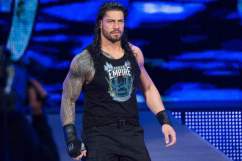 4. NXT Performers Will Be Drafted to ‘Raw’ & ‘SmackDown’

Many ‘NXT’ performers are expected to be moving up to the main roster following the WWE brand split. (WWE)

After the brand split, we should also expect to see some major NXT players called up to participate in Raw and SmackDown. Wrestling Inc reports that as many as 10 to 12 NXT stars are expected to be drafted.

And last month, the Wrestling Observer Newsletter reported that “NXT is being raided for the draft big time.” They also noted a rumor that Tommy End could be one of those making the transition from NXT to either Raw or SmackDown.

There’s also been the rumor that American Alpha will be drafted to the main roster and that this is it the reason they recently lost their tag team title match.

5. Some Former Talents May Return 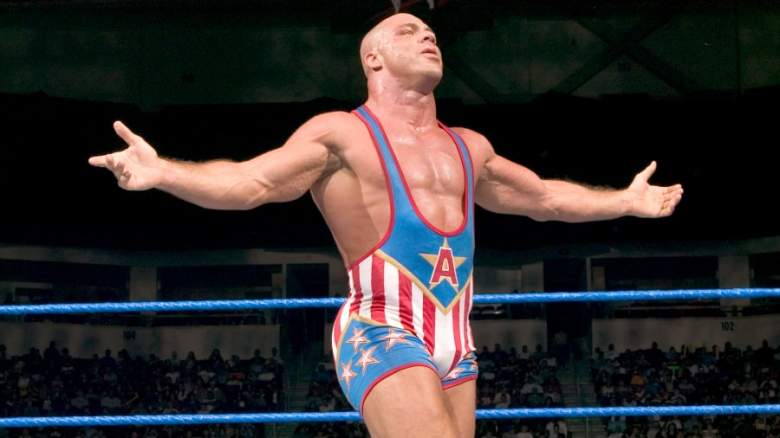 Kurt Angle has long been rumored to be making his return to the WWE. (WWE.com)

We should expect to see some major surprises during the WWE Draft on July 19, including some superstars making their return to the company.

According to PW Insider, the WWE has been reaching out to former talents to see if they would like to come back following the Raw/SmackDown split. So who might we see making their return to the WWE?

The first name that comes to mind is Kurt Angle, who has long been rumored to be making a return the company. Angle recently said that he did indeed have a loose conversation with HHH about coming back to the WWE, although he ruled out the idea that he would be returning for the draft.

Other names that have been tossed out include Carlito, Drew McIntyre and Shane Helms.