WNBA MVP Elena Delle Donne revealed in a new interview with Vogue that she is engaged to Amanda Clifton. Delle Donne and Clifton were the first gay couple featured on The Knot’s Dream Wedding site. They will tie the knot in Fall 2017.

For anyone who follows the Chicago Sky star on Instagram, Clifton is a familiar name because they often post pictures together. They even went to the Super Bowl together in February. Delle Donne and Clifton will both be at the 2016 Summer Olympics in Rio.

“Getting married is something every girl dreams about and working with The Knot is truly surreal,” Delle Donne said in a statement in February 2017. “Amanda and I want nothing more than to bring our family and friends together and have the best time ever. Not only are we thrilled to be the first same-sex Dream Wedding couple of The Knot, we’re excited to have a platform to raise money and awareness for causes we’re truly passionate about.”

Here’s a look at Clifton and her relationship with Delle Donne.

1. The Couple Have Been Engaged Since June 2 & Even Posted ‘I Obviously Said Yes’ on Instagram

Delle Donne reportedly revealed in a Vogue interview that she is gay and engaged to Clifton. The interview itself hasn’t been published online and is timed to the 2016 Rio Olympics, which Delle Donne is participating in.

“It was just one of those articles where they came into my home, spent a couple days with me, and [fiancee] Amanda [Clifton] is a huge part of my life,” Delle Donne said in Rio, reports ESPN. “So to leave her out wouldn’t have made any sense. It’s not a coming out article or anything. I’ve been with her for a very long time now, and people who are close to me know that, and that’s that.”

Delle Donne and Clifton have been engaged since June 2, according to the Vogue article. Last month, Clifton posted a picture on Instagram of her kissing her dog, with a chalkboard on the side that read, “Marry Me??” “I obviously said yes,” Clifton wrote in the caption.

2. Clifton is the Director of Delle Donne Academy

Clifton and Delle Donne also have a professional relationship. According to her LinkedIn page, Clifton is the director of the De11e Donne Academy. Clifton is responsible for developing and managing the academy. She’s had the role since August 2014.

Before working at the academy, she was a claim representative at State Farm Insurance in 2012 and then a sales representative for Lids Team Sports from 2012 to 2015. She has a business degree from Illinois State University.

Clifton attended ISU from 2008 to 2011 and played guard on the women’s basketball team. She credited her toughness on the court to the fact that she grew up with two older brothers, Josh and Marcus.

“I have two brothers, no sisters,” Clifton told CentralIllinoisIsPorud.com in 2010. “I always played against boys. That works perfectly here because Coach (Pingeton) always talks about being tough, going for every ball. Toughness is ISU basketball.”

She was often playing in the shadow of Kristi Cirone. In her senior year, she had to take on the mantle of leader. 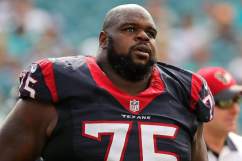 4. Delle Donne & Clifton Trained Together in Delaware & Delle Donne’s Mom Inspired Clifton to Get in Shape

In a May 2015 interview with Enhance Magazine, Clifton said that she lost 30 pounds in 2012 after college in “probably the most unhealthy way possible.” But when she went to Delaware with Delle Donne, her mother, Joan Delle Donne, forced Clifton to take a weekly class with her. That inspired Clifton to get back in shape and work with Delle Donne and trainer Dina Moore.

“Let me remind you; Dina is preparing a professional athlete to compete with the best in the world. I am by no means at the same level as Elena,” Clifton said in the interview. “I have an idea of what it takes but have never been a professional basketball player. We are talking about an athlete that arguably will be the best to ever play the game. I eased myself into the work outs.” 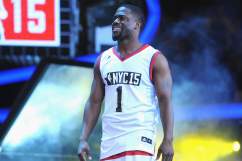 What TV Channel Is the NBA All-Star Celebrity Game on Tonight?

When Delle Donne is off the court, she has an interesting hobby, to say the least. She sells custom-built tables on Etsy through her story Delle Donne Designs. Clifton and another one of Delle Donne’s friends, Megan Gainey, help the WNBA star build them.

“Not many people, in their spare time, are building tables,” Clifton told The Chicago Sun Times. “But it’s completely different than her work life in the WNBA.”

Clifton said that she and Gainy try to keep Delle Donne “away from the power tools.”

“It’s a good outlet,” Delle Donne told the Sun-Times. “All I’m focused on [at the time] is the table, having a good time with my friends. It’s something without basketball because you have to get away from it.”