Andre De Grasse gave the world’s fastest man a run for his money on Wednesday night. As Usain Bolt did his routine head-turn to make sure no one was gaining on him in the semi-finals, he was met by the cheeky smile of Andre De Grasse. DeGrasse’s time of 19.80 May have set a new Canadian record, but it was wasn’t enough to beat Bolt– if that’s even possible. Thursday night, De Grasse will be running in the men’s 200m final, after placing third in Mondays 100m dash.

Read on to learn more about sprinter Andre De Grasse. 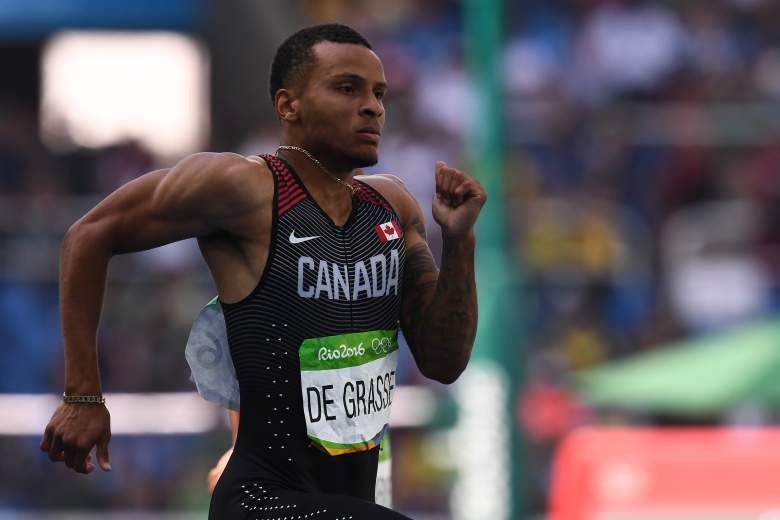 Canada’s Andre De Grasse competes in the Men’s 200m Round 1 during the athletics event at the Rio 2016 Olympic Games at the Olympic Stadium in Rio de Janeiro on August 16, 2016. / AFP / Jewel SAMAD (Getty)

While it’s very well possible that no man will ever beat Usain Bolt when it comes to the 100m, 200m, and 4x100m relay, De Grasse is certainly going to try to do just that in tonight’s 200m.

Whether or not he walks away with the gold, De Grasse has a number of accolades that deserve to be recognized. The Canadian sprinter is the reigning Pan American Champion in both the 100 and 200m dashes. The race, which took place in his home province of Ontario, Canada, was fans rooting for their hometown hero. After the meet, De Grasse told CBC, “Aw, it was great. I think they gave me an extra boost of energy, the crowd was amazing, I hear them cheering my name and screaming my name.”

In July of this year, De Grasse was named to Canada’s Olympic Team. He advanced to the 100m finals after running the semis in 9.92, and eventually placed third with a time of 9.91 sconds– his personal best, to date. Though most of the focus was on Bolt, Canada was celebrating the fact that they finally had an athlete win a medal for Canada at the 2016 Summer Olympics.

Twitter exploded on Wednesday night after Bolt and De Grasse showed off their bromance on the track. As De Grasse gained ground in the final few meters of the race, Bolt wagged his finger at him with a huge grin.

During a post run interview, Bolt laughed while saying, “He was supposed to slow down! I said, ‘What are you doing? It’s a semifinal.’ But I think he wanted to push me’.”

Their relationship, which CBC describes as as “simultaneously playful and calculating”, has been giving the hashtag #DeBolt, which will certainly be trending on Thursday night if all goes well. When discussing their post-race shenanigans with CBC Olympics, De Grasse said, “We were just having some fun. Me and Usain met back in January, we did a lot of things together. He feels like I’m the next one, and now I’m just trying to live up to it.” 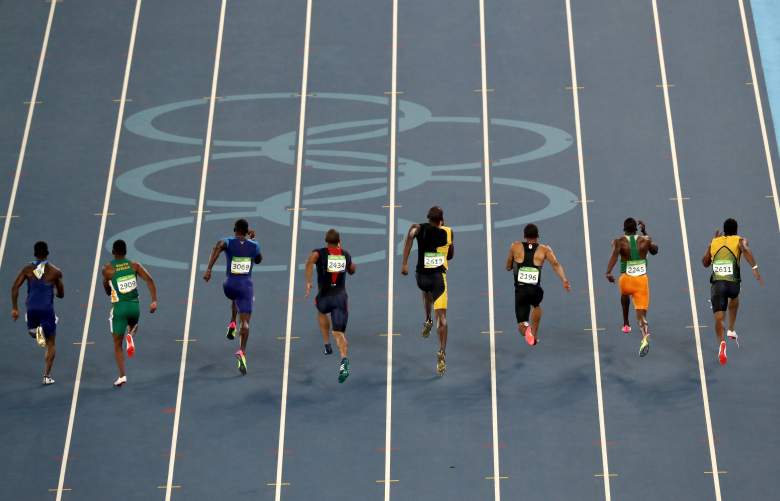 De Grasse had some impressive accomplishments during his amateur career. His legal time of 9.97s won him the Pac-12 Championship, and went down in his book as the first time he’d ever clocked under ten seconds in a 100m race. In 2015, at the NCAA Championships, De Grasse ran with a wind-assisted 9.75s. The time made him the seventh fastest man in the world at the time, and the fastest Canadian by any measure (for the 100m.) 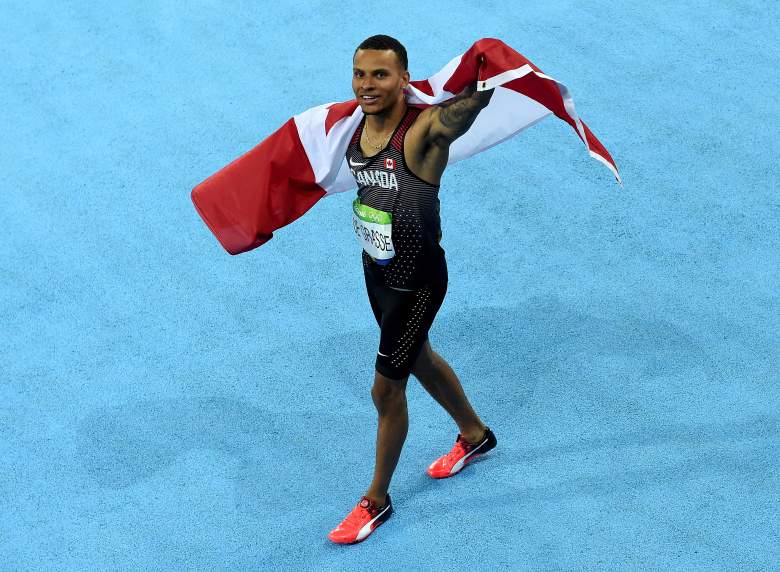 De Grasse was born in Scarborough, Ontario, in 1994. His omther was a high school sprinter in Trinidad and Tobago before moving to Canada, and his father, Alex, Waithe, moved to Canada from Barbados when he was a teenager.  While his first race came as an 11 year old, De Grasse’s first win happened during his junior year of high school in the 100m. He ran in basketball shorts, converses, and didn’t use starting blocks. He clocked 11 seconds.

De Grasse spent two years at Coffeyville Community College before transferring to USC for his junior season in 2015.

5. He Signed with Puma Shortly After Turning Pro 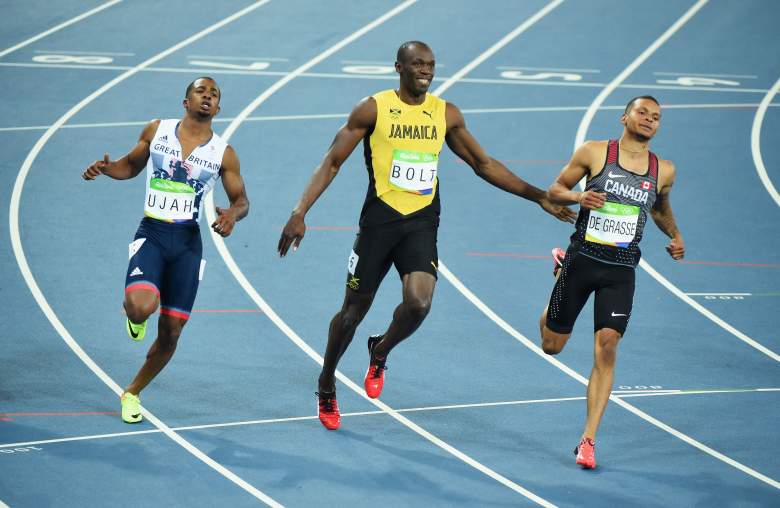 Shortly after turning pro in December 2015, De Grasse signed an $11.25 million endorsement deal with Puma. The move meant that De Grasse had officially withdrawn himself from NCAA eligibility, and would not be allowed to compete for a university team. In a press release, the runner said, “Signing this partnership with PUMA is a major thing for me, in such an important phase in my career. I have massive dreams for what I want to accomplish and PUMA clearly shares my belief, they will give me great support along my journey.”

According to Lori Ewing of the Canadian press, the multi-year contract included bonuses that could be add up to as much as $30 million a year. As many people know, Puma also sponsors Usain Bolt, which could be another factor that has led to the duo’s budding bromance. Puma’s endorsement deal with Bolt– one that has increased the sale of Puma’s lifestyle, running, and training shoes by 16.2%–  makes up a large some of the Jamaican Sprinter’s income. According to Forbes, Bolt earns $9 million annually from Puma, which they describe as “an astronomical sum for a track athlete and on par with that only a handful of the most marketable basketball, soccer and tennis stars receive from shoe and apparel contracts.”