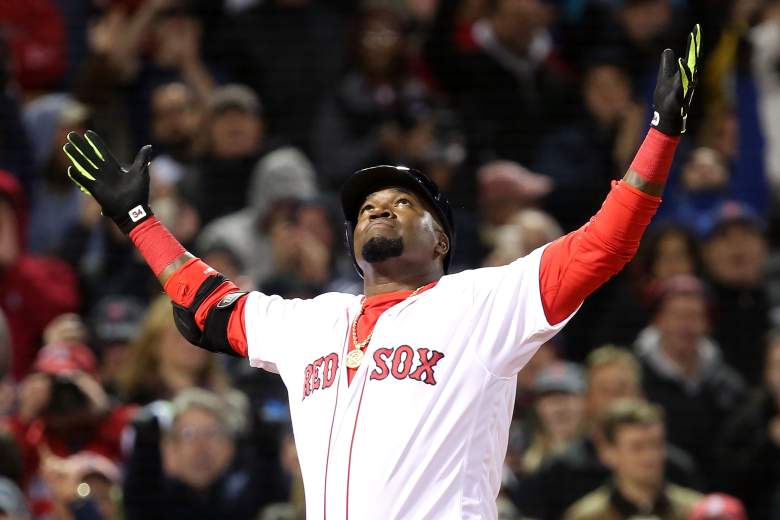 David Ortiz announced in November that the 2016 season would be his last. The Red Sox slugger, who led his team to three World Series titles, holds the Fall Classic record for batting average at .455.

Ortiz has phenomenal all-around numbers in his farewell season. Off the field, many companies have jumped at the chance to partner with Ortiz in his final season.

Here’s everything you need to know about Ortiz’s net worth, endorsements and wealth. 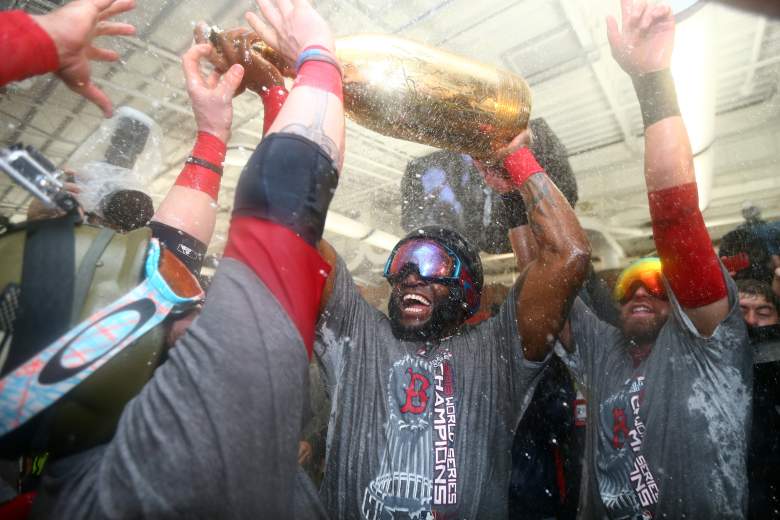 The ten-time all star player has a net worth estimated at $55 million, according to Celebrity Net Worth.

Throughout his career, Ortiz has been recognized with several awards. He is a six-time recipient of the Edgar Martinez Award, and also a five-time recipient of Silver Slugger Award. In 2009, he was named the Designated Hitter of the Decade by The Sporting News.

2. He Earns $6 Million in Endorsements

Big Papi earns around $6 million in endorsements, according to Forbes.

MasterCard, JetBlue, Coca-Cola and Buffalo Wild Wings were new endorsements for his final season. Dunkin’ Donuts, New Balance and Marucci are also in his endorsement portfolio. His memorabilia and apparel have seen increased sales in 2016 through Fanatics and 47, according to Forbes.

A baseball autographed by Ortiz goes for around $340, while a signed Red Sox jersey is priced at $600. 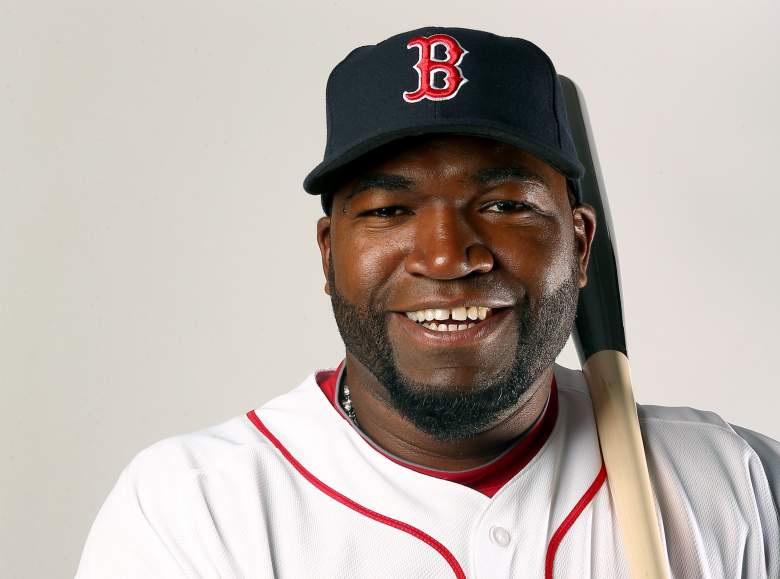 Ortiz will make a salary of $16 million in his final year with the Red Sox. Ortiz has earned approximately $143.500 million during his major league career.

In 2012, Ortiz publicly complained that he was not offered the multi-year contract he deserved. Ortiz told a USA Today reporter that he felt “humiliated” and “embarrassed” at the Red Sox’s contract offer of $12.65 million for one season.

“It was humiliating. There’s no reason a guy like me should go through that,” he told the paper. “All I was looking for was two years, at the same salary ($12.5 million).

“If you go crazy and give contracts to whoever comes along despite not knowing how they’re going to do, then you don’t give me my due consideration, even though I do my thing every year, [expletive] that,” Ortiz said.

The sides agreed on a one-year, $14.575 million deal just hours before an arbitration hearing.

The 41-year-old player made history this season, joining only 10 position players in Red Sox history who played beyond their 40th birthday. He owns three World Series rings and a special 2013 World Series MVP ring.

4. He Has His Own Food Line Called ‘Big Papi’s Kitchen’ 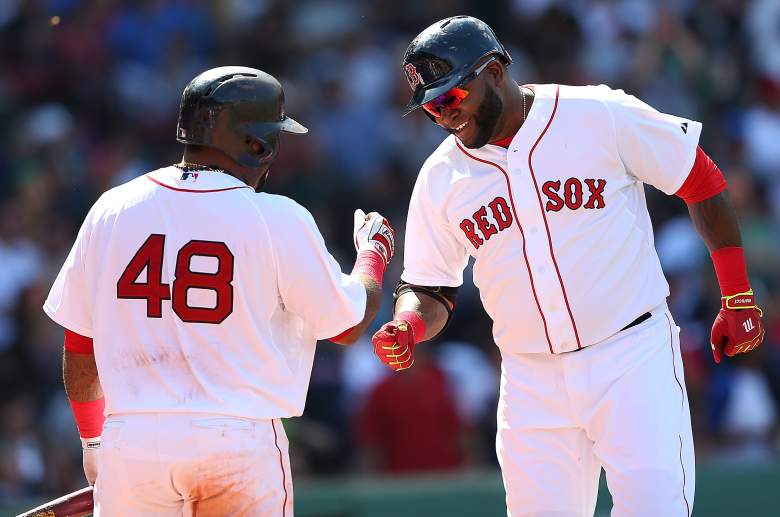 This isn’t his first venture in the food industry. Ortiz had a branded restaurant in Framingham from 2009-2011. When it closed, his partners told Boston Restaurant Talk that Big Papi’s intent was to open a new concept in downtown Boston.

His snack food line, Big Papi’s Kitchen, would be served at the planned downtown restaurant and sports lounge.

5. He Founded His Own Non-Profit 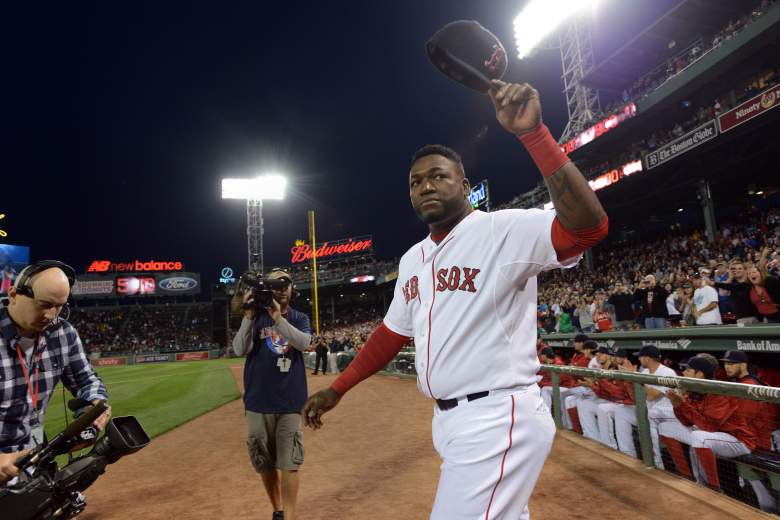 Ortiz created The David Ortiz Children’s Fund in 2007 with the help of his wife. The idea behind the foundation came after a visit to CEDIMAT Hospital in his home country of the Dominican Republic in 2005. Ortiz was simply hoping to put a smile on the children’s faces and help them forget their troubles for a moment, but he was moved to do something more. Two years later he created a fund to “help children in New England and the Dominican Republic who do not have access to the critical pediatric services they need.”

The website reads, “The David Ortiz Children’s Fund is proud to partner with Massachusetts General Hospital and World Pediatric Project through its work with CEDIMAT to fulfill its mission. Working together, these organizations are increasing the number of children receiving lifesaving surgeries.”

Ortiz recently recalled the hardship he faced in his own childhood in an article he wrote for The Players Tribune. Growing up in the Dominican Republic, he often felt unsafe due to recurrent violence, and didn’t have access to the best nutrition. Ortiz explained the only protein his family could afford was black beans.