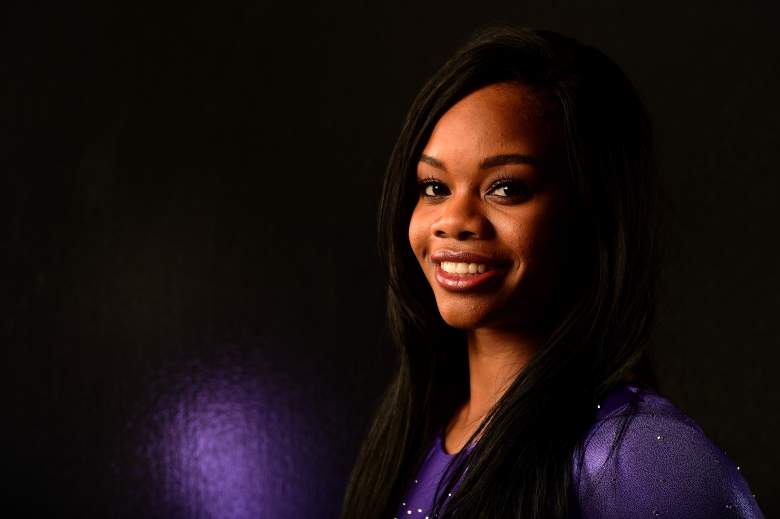 Gabby Douglas is an American gymnast who will compete in the Rio Olympics 2016. (Getty)

Gabrielle Christina Victoria Douglas was born in Virginia Beach in 1995. She made her Olympic debut at the 2012 London games and she came home with two gold medals.

She is competing in the 2016 Rio Olympics in the women’s team all around event with Simone Biles, Madison Kocian, Laurie Hernandez, and Aly Raisman.

The athlete has written multiple books, has appeared in TV shows and movies about her life, and has been practicing gymnastics since she was a toddler.

Read on for more about the gymnast.

1. Gymnastics Runs in Her Family

She caught the gymnastics bug from her older sister, Arielle. (Getty)

According to her official website, Gabby was introduced to gymnastics by way of a simple cartwheel. Her older sister, Arielle is a former gymnast and competitive cheerleader. Arielle was determined to teach her three-year-old sister about gymnastics. Gabrielle picked up her older sister’s love of the sport and soon taught herself how to do a one armed cartwheel.

Her brother Johnathan is a talented sprinter.

At the 2012 London Summer Olympics, Gabby won gold medals in both the team and individual all-around competitions. Her team became known as the “fierce five.”

According to Gabby’s website, at those games Gabby became is the first woman of color of any nationality and the first African-American gymnast in Olympic history to become the Individual All-Around Champion. “She is also the first American gymnast to win gold in both the gymnastic individual all-around and team competitions at the same Olympic games,” the website says.

According to Cosmopolitan, Gabby’s preliminary performances were so good that “she was the only female athlete who qualified for the individual all-around, bars, and beam finals.”

While competing in all four events for the team finals, she amassed a higher score than anyone else in the event. This score propelled the entire team to victory.

3. She Almost Quit Gymnastics Right Before the London Olympics 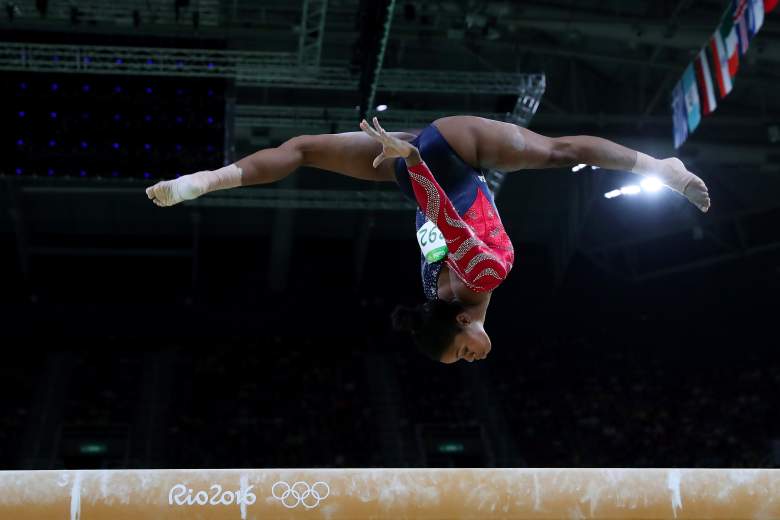 Now, the talented athlete cannot imagine life without gymnastics, but that was not always the case. (Getty)

We might have never come to know Gabby, because USA Today says a few months before being picked for the Olympic team in 2012, “the burden was almost too much for Douglas,” and she considered quitting the sport. “It was pretty drastic,” her sister Arielle told NBC’s Rock Center in July. “She really really sounded very serious about it.”

Gabby spoke to Us Weekly about it.

It was very hard to overcome being away from [my] family…It’s a very strong thing. It almost drove me to quit the sport that I love and [kept me] from achieving my dreams.

The Daily News reports that it was her brother who convinced her to continue with gymnastics.

Don’t worry, she will never doubt gymnastics again. “Life without gymnastics? I don’t think so,” she told Us Weekly.

4. She’s Been Nicknamed the Flying Squirrel 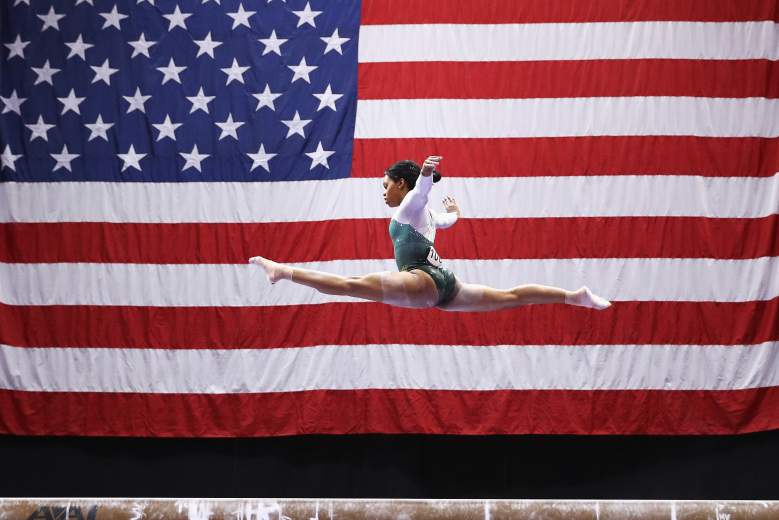 This photo proves exactly how Gabby earned her nickname. (Getty)

Gabby was nicknamed the Flying Squirrel by national-team coordinator Martha Karolyi because of her high-flying moves on the uneven bars. “I like to become the Flying Squirrel,” Gabby said according to USA Today. “I like squirrels. They’re so adventurous.”

She’s been dominating the uneven bars for a long time. When she moved to Iowa in 2009, she won the gold on uneven bars in the 2010 Pan American Championships.

5. She Grew Up With a Single Mother and 3 Siblings

Gabby is the youngest of four kids, her sisters are Joyelle and Arielle, and her brother is John.

At 14, Gabby moved to Des Moines, Iowa, to train full-time with coach Liang Chow. Unfortunately, her family had to stay in Virginia while her siblings finished school, so Gabby lived with Travis and Missy Parton and their four daughters, one of whom also trained at Chow’s gym, according to ABC News.

“You just fall in love with her right away,” Missy said of Douglas to ABC News. According to ABC News, they kind of raised Gabby together.

Gabby’s mother suffered financial and health struggles throughout her upbringing, with her parents separated, and Natalie filed for bankruptcy in 2012, according to ESPN.

According to the Daily Mail, Gabby had not seen her father, Timothy Douglas, for two years before the London Olympics and then he showed up to cheer her on. In response to his sudden efforts when she found success as an athlete, the Daily Mail reports Gabby said, “We know what you’re trying to pull. It’s too late to hop on the bus.” 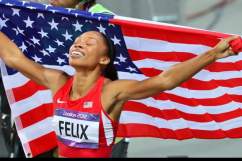