Everything you need to know about Olympic track and field athlete Galen Rupp. (Getty)

Rupp holds multiple records, like being one of only six Americans to have run under 13:00 for 5,000 meters, and has been called “the best American distance runner at the moment” by Outside Online.

Find out more about the athlete below. 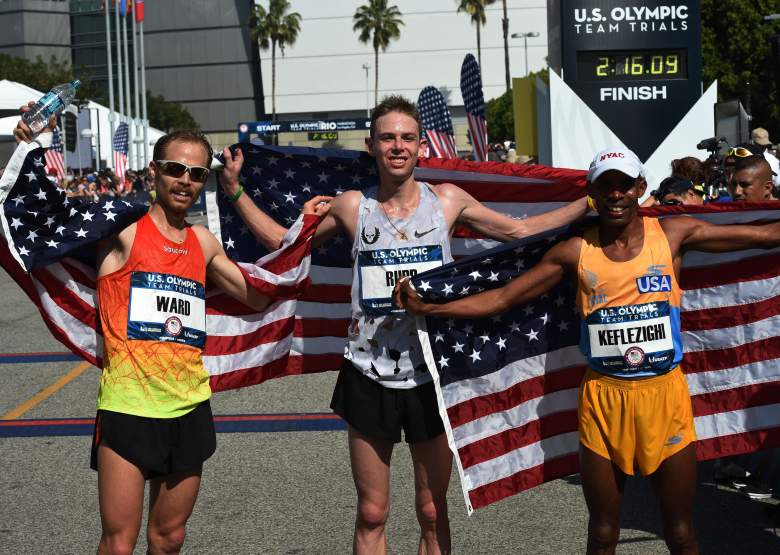 In London, however, he sprinted up nine spots. According to USA Track & Field, at the 2012 Olympics, Rupp delivered the “best moment for American distance running since Jim Ryun’s 1,500m silver medal in 1968.” Rupp won silver in the 10,000m, which was the first American medal in the event since Billy Mills’ gold in 1964. That performance came on the heels of a pair of Rupp Olympic Trials records in the 5,000m and 10,000m.

2. He’s Married to Keara Rupp and Has Twins 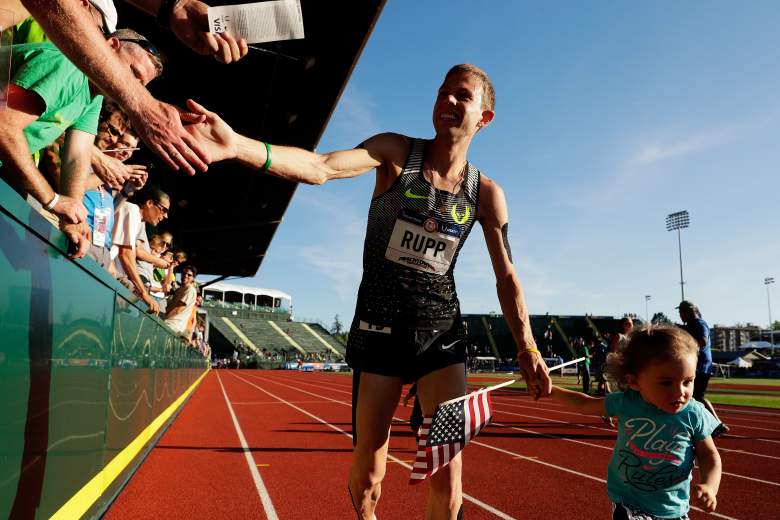 Galen Rupp celebrates after winning the Men’s 10000 Meter Final during the 2016 U.S. Olympic Track & Field Team Trials at Hayward Field on July 1, 2016 in Eugene, Oregon, and he brought his daughter onto the track. (Getty)

In an interview with Runner’s World in 2012, Rupp said he felt lucky to be married.

Last September Keara Sammons and I got married and settled here in Portland. Keara ran down at the U of O-she understands the sport. We’ve been together since sophomore year in college. We have a great time traveling together to meets and out to Utah when I’m training at altitude.

3. He’s a Perfectionist and a Soccer Player 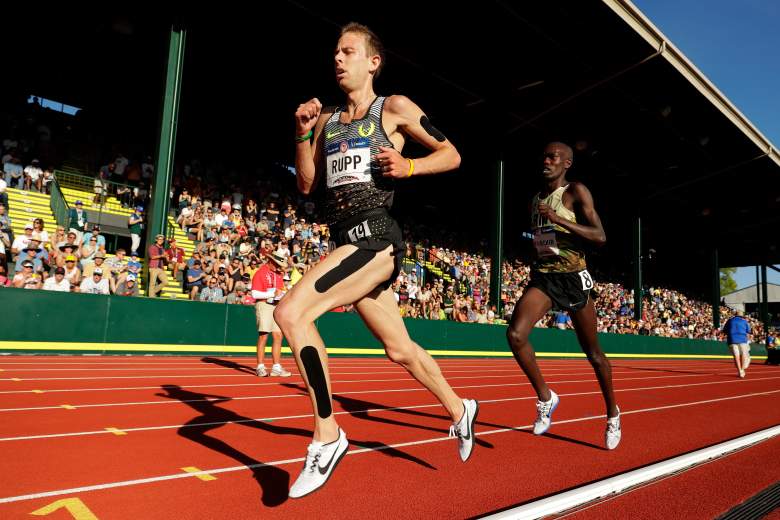 Galen Rupp might be an established runner but he started out as a soccer player. (Getty)

Track isn’t the also sport Rupp excells at. “I played a lot of soccer games at Delta Park,” Rupp told Runner’s World in 2012. “And yeah, I was that kind of well-rounded perfectionist who got straight A’s in school and wanted to be good at everything.”

Soccer was really important to me…I made varsity at Central as a freshman. I dreamed about playing in college and maybe even beyond college.

That all changed when he crossed paths with his future coach legendary former marathoner Alberto Salazar at the age of 14.

He will just have to settle for being an Olympic runner.

4. He Ran His First Marathon at the Olympic Trials 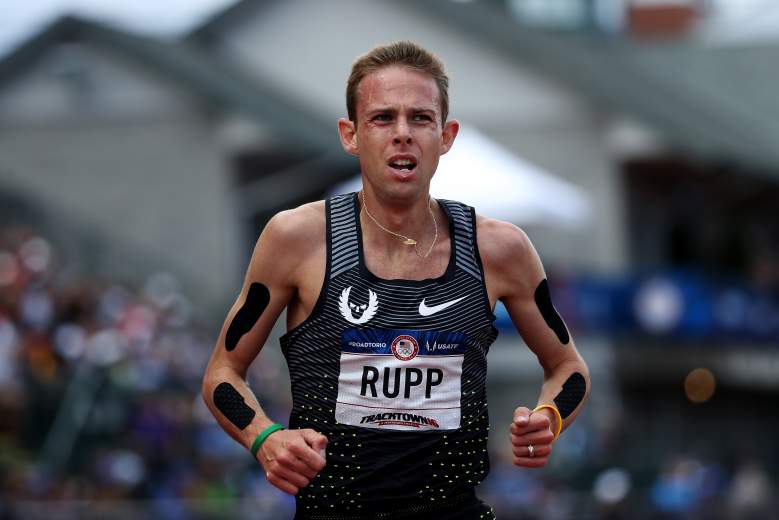 Rupp will be competing in the men’s marathon, which he only ran for the first time at the trials. (Getty)

Rupp competed in his first-ever marathon at the Olympic Trials in February, 2016. He delivered a “controlled, dominant performance that saw him cruise to victory in 2:11:12,” according to Outside Online. He was more than a minute ahead of runner-up Meb Keflezighi, a leader in this event.

5. He Ran for The University of Oregon 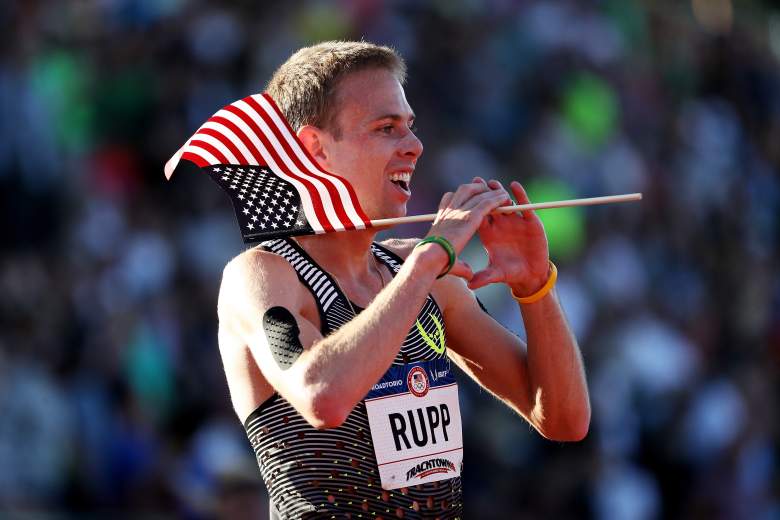 Rupp has a successful running streak during his time at the University of Oregon. (Getty)

Rupp graduated from the University of Oregon in 2009. During his time there he ran for the Oregon Ducks. He was particularly successful during his senior season, according to USATF, when he won five NCAA titles and the inaugural Bowerman Award, which signifies the men’s and women’s national track and field athlete of the year.

Also while at Oregon, he joined up with teammates Matthew Centrowitz, Andrew Wheating and Shadrack Kiptoo-Biwott to set the outdoor collegiate 4×1-mile relay record of 16:03.24, says USATF. Finally, as a Duck in 2009, he became the first person in NCAA history to win the 3,000m, 5,000m and the distance medley relay at the same indoor championships.

That same year outdoors he won the NCAA 5,000m and 10,000m championships, according to USATF.

In just 2007 alone he was a seven-time NCAA All-American (twice outdoors, four times indoors and once in cross country). 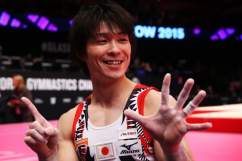