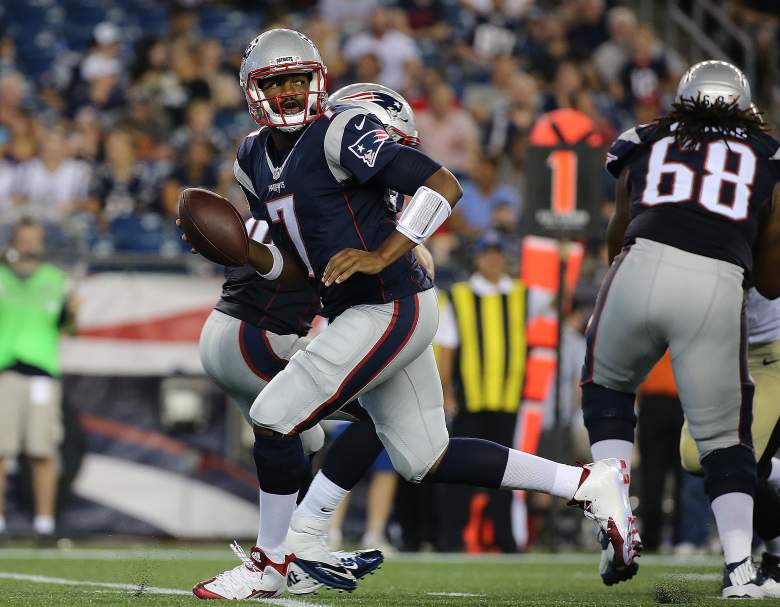 Jacoby Brissett throws in the second half against the New Orleans Saints during last week’s preseason game. (Getty)

The Patriots surprised many draft analysts when they selected Jacoby Brissett as the second of their three third-round picks. However, Brissett may soon become a familiar face for New England fans. The 23-year-old quarterback out of N.C. State completed 7 of 13 passes for 63 yards in last week’s preseason opener against the Saints in his NFL debut. He’s expected to get more reps tonight when the Patriots host the Bears in their second preseason game.

“It was what you dream of as a little kid, and it ended up being everything you thought it would,” he told reporters on Wednesday. “It was fun to be out there, to be in the huddle and back on the field doing what you love.”

According to the Boston Globe, Bill Belichick has indicated he believes Brissett can handle the job of being the team’s top backup for Weeks 1-4, as Tom Brady serves his suspension.

Belichick reiterated that although the Patriots have talked about adding a fourth quarterback, they’re set at that position for now and preparing to enter the regular season with Brissett as the backup to Jimmy Garoppolo.

There’s still a possibility the team could add another quarterback, but Belichick’s comments are considered to be a vote of confidence in the young quarterback.

When asked about the situation, Brissett told reporters he’s trying to prepare himself for whatever is asked of him.

“It makes the position not as hectic. He made the call,” Brissett said, according to WEEI. “You just go out there and do your job and whatever happens just happens. We’ve all got each other’s back and want the best for the whole team.”

Here’s what you need to know about Brissett:

Jacoby Brissett Official Highlights | NC State QBJacoby Brissett has been a catalyst in the resurgence of NC State football in his two seasons as the starting quarterback. The dual-threat passer has kept Pack fans on the edge of their seats with his dynamic runs and big arm. Check out the official highlights of the exciting quarterback right here! SUBSCRIBE: bit.ly/Oqg3iE The…2016-01-29T15:13:34.000Z

Jacoby Brissett began his college career at the University of Florida. In his sophomore year however, he was beaten out by Jeff Driskel for the starting job, which led to his departure. Brissett’s transfer didn’t come as a surprise to many since Florida coach Will Muschamp said in late November that Driskel would be the starter in 2013.

Brissett transferred to North Carolina State University in January 2013. After sitting out the 2013 season due to transfer rules, Brissett took over as the Wolfpack’s starting quarterback for 2014. That season, he passed for 2,606 yards with 23 touchdowns and five interceptions. One of the highlights was Brissett’s game against Florida State in 2014, completing 32 of 48 passes for 359 yards and three touchdowns. He earned honorable mention All-ACC honors his senior year. 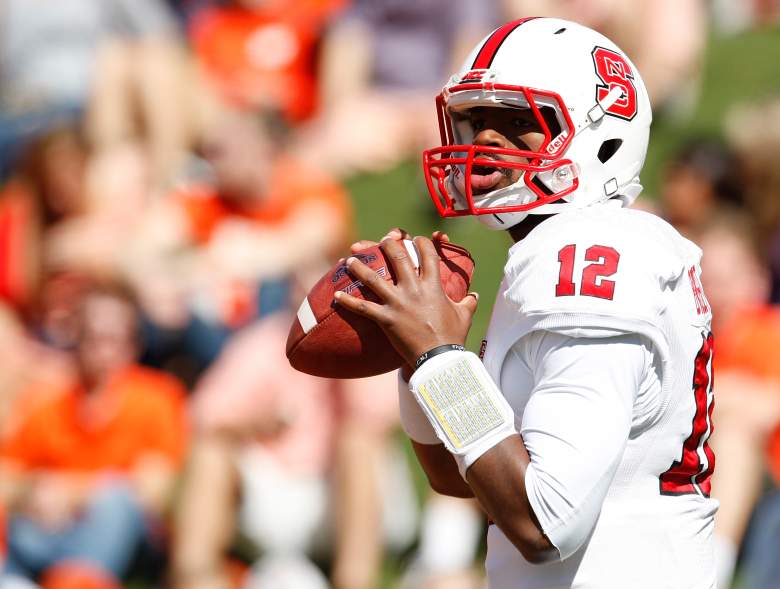 He finally chose football over basketball when he was recruited by both the University of Miami and the University of Florida. Brissett transferred to NC State after the 2012 season following two years at Florida, where he ultimately lost the starting job to Jeff Driskel.

He was selected by the New England Patriots in the third round with the 91st overall pick in the 2016 NFL Draft.

In a draft analysis, NFL.com’s Lance Zierlein wrote, “he possesses competitive spirit and football character needed to be an NFL quarterback.”

With his size, arm and competitiveness, there are times when Brissett will remind you of Jameis Winston, but Winston understood the nuances of the position early in his college career while Brissett is still learning. Brissett’s overall ability as a passer is NFL-­caliber and he should continue to show rapid improvement on the next level with better weapons and protection. While an NFL staff will need to help him overcome his bad habits and learn to be more consistent with his pre­-snap recognitions, Brissett has the tools to become an NFL starter. 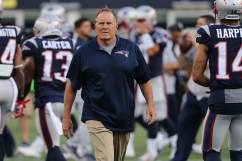 What Caused the Patriots-Bears Fight During Joint Practice?