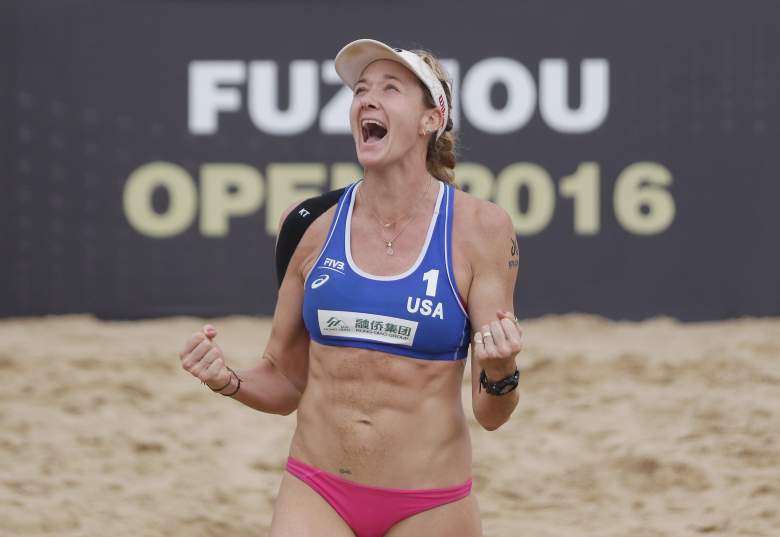 Walsh Jennings is 6’3″. That’s not much taller than Ross, who is 6’1″. Ross and Walsh Jennings competed against each other at the London games, with Ross and May-Treanor winning gold. Ross and Jennifer Kessy won silver.

In an interview with Yahoo Beauty in 2015, Walsh Jennings said that she had an average height until high school. She explained:

I was pretty average height until I got to be a junior in high school, 5’8’’ my sophomore year. Then I was six feet as a senior, and grew more in college. I was just a late bloomer. But I love that I was not always the tallest, because then you kind of of get away with being sloppy and not having the best technique. I feel like growing later made me more accountable, because I had to do things right, which is the best way to do things anyway.

Walsh Jennings’ height is something she inherited from her father. He’s 6’8″.

“I was never tall enough — to be quite honest with you. My dad is 6’8” and such a powerful athlete. I just wanted to be like him,” she told Yahoo.

Rio will be her fifth Olympics. The Santa Clara, California native was on the indoor volleyball team in the 2000 Sydney Games. May-Treanor and Walsh Jennings won gold medals at the Olympics in 2004, 2008 and 2012.

Read More
Beach Volleyball, Olympics, Rio Olympics 2016
Kerri Walsh Jennings is the face of American Beach Volleyball and the first thing many notice about her is her height. How tall is she?