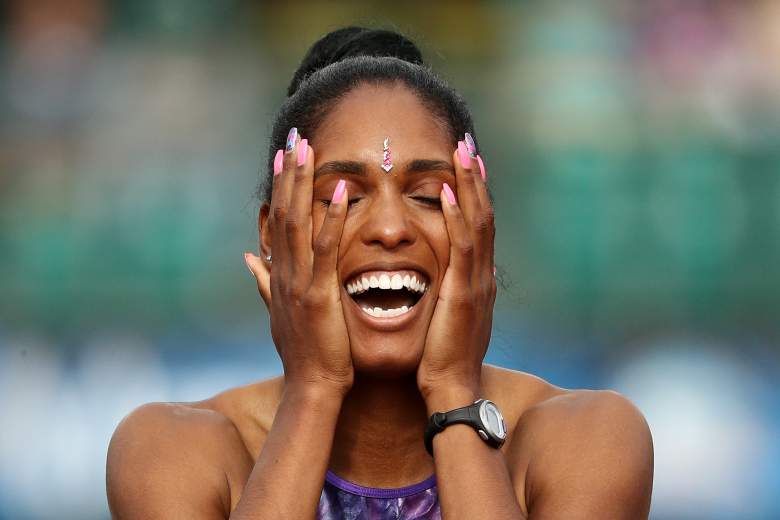 Kristi Castlin finally made the Olympic team and runs in the 100m hurdles. (Getty)

Hurdler Kristi Castlin finally made her first Olympic team after finishing second in the women’s 100m hurdles at the Olympic trials in Eugene, Oregon last month. Castlin has overcome incredible tragedy to reach this level, as her father was murdered when she was only 12 years old. The 28-year-old Castlin also got into track and field relatively late, not starting in the sport until she was 14.

On Wednesday night, Castlin won the bronze in the 100m hurdles, finishing in 12.61 seconds.

Here’s a look at the life and career of Castlin.

1. Castlin’s Father Was Murdered When She Was 12 & It Took 14 Years to Find the Killer 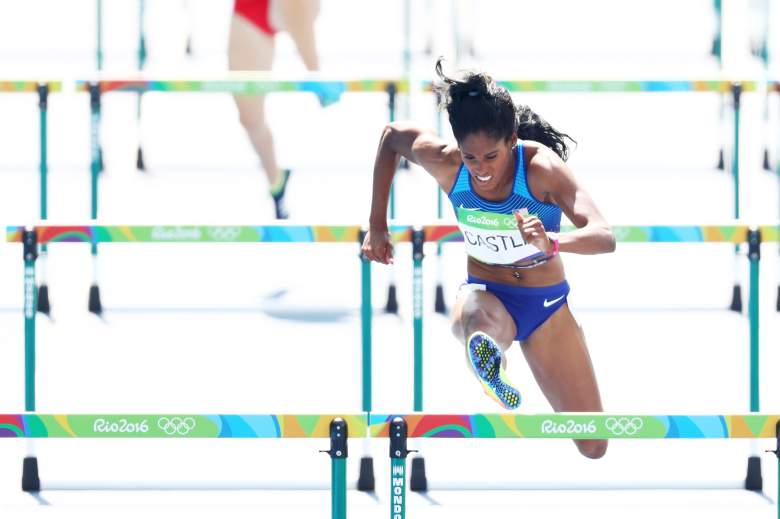 Kristi Castlin in the 100m hurdles heat on August 16. (Getty)

On December 7, 2000, Rodney Castlin, Castlin’s father, was murdered at a hotel he managed. Two men came into the hotel that night, one jumping over the counter and demanding money from Rodney Castlin and the other robbing a guest. The man who jumped over the counter shot and killed Castlin. The robbers only obtained $304. It wasn’t until April 2016 that James Lorenzo Randolph was convicted. He was received three life sentences, plus 35 years, reports Kennesaw Patch. Rodney Castlin was 36 years old.

Castlin’s parents were divorced at the time of Rodney Castlin’s murder. His second wife, Kelley Castlin, was eight months pregnant at the time.

“Sometimes as a kid, you really can’t process it. As you get older, you need your dad,” Castlin told the Atlanta Journal-Constitution in July.

“I experienced sadness because…I would like my father to be here, or I would like for him to see these races and these experiences,” Castlin said in a 11Alive.com interview.

2. She Dedicated Her Olympics Trials Race to Victims of Gun Violence, as She Was at Virginia Tech During the 2007 Massacre 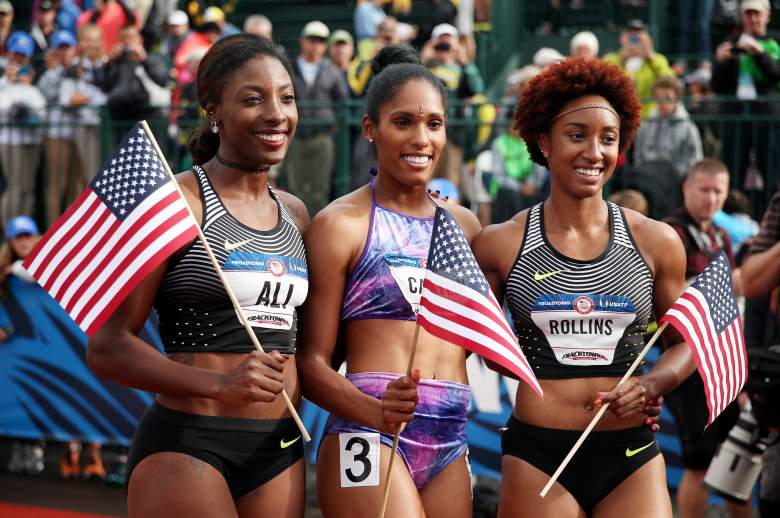 Brianna Rollins, Kristi Castlin and Nia Ali made it to the Rio Olympics for the 100m hurdles. (Getty)

Gun violence touched Castlin’s life a second time in 2007, when she was attending Virginia Tech. A week after the Virginia Tech track team won an ACC Championship, a gunman killed 32 people on campus.

So, after completing her race at the Olympic trials, she immediately dedicated her performance to the victims of gun violence.

“I really just want to dedicate this race to every single family, every person who has to go on after losing someone they love to gun violence… It really was heavy on my heart, so I really wanted to dedicate that to everyone in the world who’s had to deal with that,” Castlin said.

“Sports is my platform to speak out on this issue, but you can do it too,” Castlin told a group of students in DeKalb County, Georgia, reports Crossroads News. “You can write letters to your community leaders, your teachers and parents in a positive way about how gun violence affects you because you do have a voice.”

As Castlin notes on her website, she didn’t start running track until she was 14 as she was focused on being a cheerleader. But after a field day when she won an armful of ribbons, she decided that she had a future in track.

Castlin made being the best in her sport a goal after she lost a meet in ninth grade. “We went to the state meet and Kristi didn’t win, and she said, ‘I’m never losing again. I’m going to focus in on this. And she just went straight like tunnelvision,” her mother told 11Alive.com.

In 2006, Castlin set a Georgia high school state record by running 13.73. She was also a two-time state champion. During her senior year, she was named the Wendy’s High School Heisman award winner. Her accolades didn’t conflict with her academics, as she graduated high school with a 4.0 GPA.

Castlin graduated from Virginia Tech in 2010 with a Bachelor of Science in Political Science and Government Legal Studies.

In a 2009 profile by Collegiate Times, Castlin said that one of the reasons she picked Virginia Tech over schools with better known track & field programs was because it wasn’t as well known.

“I had a lot of other offers from some really strong track and field institutions, but the fact that Virginia Tech wasn’t really on the map for track and field really influenced my decision to come here,” She said. “It was interesting to think that I could really contribute to the growth of track and field here.” 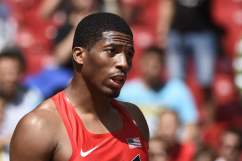 Ronnie Ash: How Tall & Fast is the Hurdler?

4. She Worked as an Ambassador of Sport to Guyana in 2014

In October 2014, Castlin was picked by the U.S. Embassy of Guyana, the South American country to the west of Venezuela, to be an Ambassador of Sport to help inspire young athletes.

“We’ll be doing some workshops and training for mostly young athletes,” Embassy Public Affairs Officer Bobby Adelson told the Guyana Chronicle in September 2014. “What happened was we reached out to her via twitter, shared our idea on what we want to do and she loved the idea.”

Castlin has also made a commitment to helping youth in her native Atlanta and promotes health and wellness. After meeting with schoolchildren in July, Castlin told Crossroads News, “If they can see me, they can emulate what I’m doing… Then I feel like I’ve made a positive impact.”

5. Castlin Called Making the Olympic Team ‘Like a Movie’

Castlin’s 12.50 race at the Olympic trials is her personal best. (Instagram)

Castlin has been competing internationally for so long that it’s surprising that Rio is her first trip to the Olympics. Her resume in college includes seven NCAA All-American honors and five NCAA championships. In 2014, she left her sport stunned by ending Brianna Rollins’ 19-race winning streak. She’s been with Nike since 2012.

“It was just like a movie,” Castlin told GoDanRiver.com after making the Olympic team. “It was just exhilaration.”

Castlin went into the trials feeling the best she had ever felt at a U.S. championship. “This is the first year I’m actually going into a U.S. championship with no injuries, no dings. And then just my overall experience and confidence levels are at a high,” she told Roanoke.com before the trials.

In the Rio Olympics, Castlin has continued wearing rhinestone Bindis on her forehead. 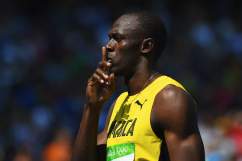