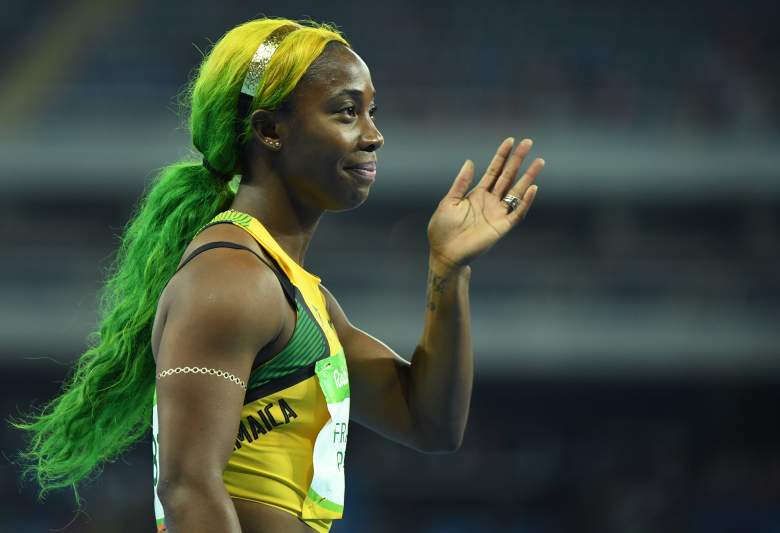 Jamaica’s Shelly-Ann Fraser-Pryce waves after competing in the Women’s 100-meter round 1 in Rio. (Getty)

Defending Olympic champion Shelly-Ann Fraser-Pryce won her heat of the women’s 100-meter Friday night in Rio de Janeiro. Her 10.96 performance is her second-fastest time of the season.

The Jamaican sprinter is easy to spot on the track by her green and yellow dyed hair– not to mention her incredible speed. She’s known as the “Pocket Rocket” for her petite stature–she’s 5-feet tall– and explosive starts.

Fraser-Pryce looks to solidify her title as the “fastest woman in the world” as she goes for a third straight Olympic title Saturday.

Here’s what you need to know about her career, and background.

1. She Grew Up in Poverty 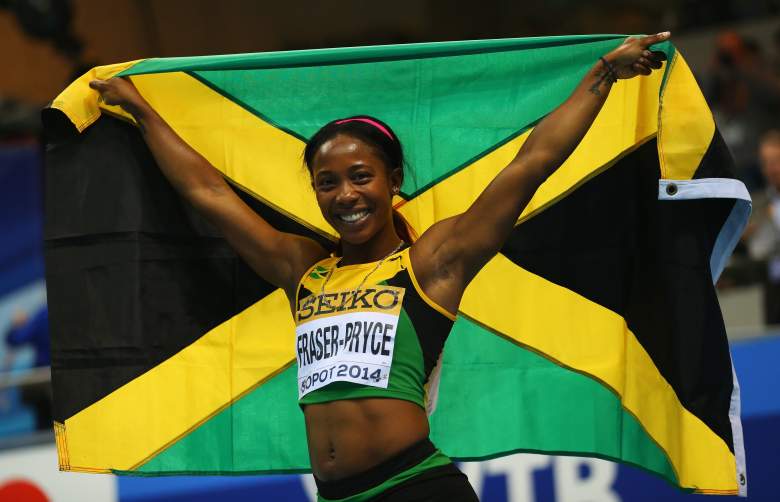 Fraser-Pryce grew up in Waterhouse Kingston, one of the poorest communities in Jamaica, as she explained to the Telegraph.

“Really a violent place, overpopulated, children having children, a lot of crime,” she said.

Even her own relatives were among the killings. Fraser-Pryce’s cousin was shot dead just a few streets away from where she lived, according to the Telegraph.

Her mother, Maxine was from a family of 14, and had given birth to Fraser as a teenager. As a single mother, she worked hard to ensure her children did not fall victim to their community.

“She was strict with us and worked hard as a street vendor to make sure we went to a good school. It was hard for her– sometimes, we didn’t have enough to eat,” she told the Telegragh. “I’d go to school with no lunch money and my school would have to provide it.

Fraser-Pryce also told the paper how her mother tried to shield her from the violence, and drug wars that occurred in their neighborhood.

“My mum wouldn’t let me go outside. Coming back from school, the gang men sometimes would say things but I would walk by, never answer and my mum would go tell them leave me alone.”

2. She Suffered From An Injury That Delayed Her Start to the Season 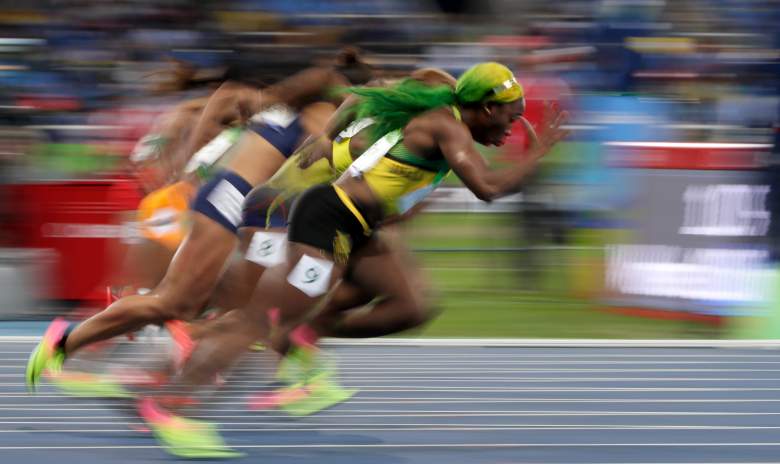 The 29-year-old Fraser-Pryce, who was the flag bearer for the Jamaicans at the opening ceremony, suffered from an injury in her left toe before the Prefontaine Classic in May.

The lingering injury delayed her start to the 2016 season, however she came back to win the 100 at the world championships in Beijing last August.

Happy anniversary to my boo:-) 2years and many more to come..xoxox pic.twitter.com/dMrNgM0f

Jason Pryce met Shelly-Ann while visiting his friend during training at the University of Technology, according to the Jamaica Observer.

Pryce told the paper that he was drawn in by her charming smile, when the two first crossed paths in 2007.

The two married in 2011, and Fraser-Pryce has spoken of his unwavering support.

“He has been there 100 percent and I don’t know what I would ever do without him. That’s one of the reasons I feel that if you feel you have chosen the right person for you then you will know. We are self-approved. We don’t need anybody’s approval. We have the approval of God,” she told reporters in 2012.

My husband will say that my work is hard and (he knows) how everything has shaped my life,” she said.

4. She Became the First Jamaican Woman to Win an Olympic Gold Medal in 2008 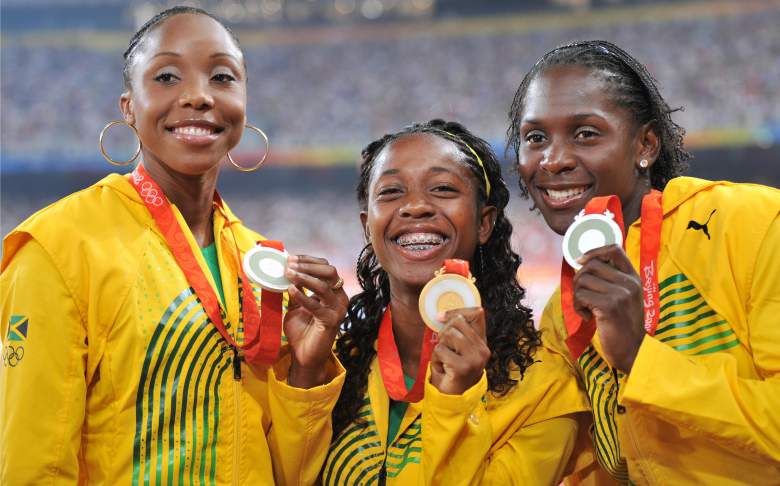 Fraser-Pryce, who trained for the Olympics with teammate Asafa Powell, became the first Jamaican woman to win gold in the 100-meter sprint in the 2008 Beijing Olympics. She defended the title in 2012 at the London Olympics– becoming just the third woman to win two consecutive 100-meter events in Olympic history. In the 2012 games, she also won silver medals for the 200-meter and the 4×100-meter relay.

5. She Has a Net Worth Estimated at $4 Million

The track and field sprinter has a net worth estimated at $4 million, according to Celebrity Net Worth.

To help those who grew up in an underprivileged area, such as her own, Fraser-Pryce created the Pocket Rocket Foundation. It’s mission is to “create lasting change in the lives of student athletes and children in children’s homes across Jamaica by providing academic scholarships and other assistance,” according to its website. 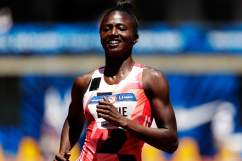