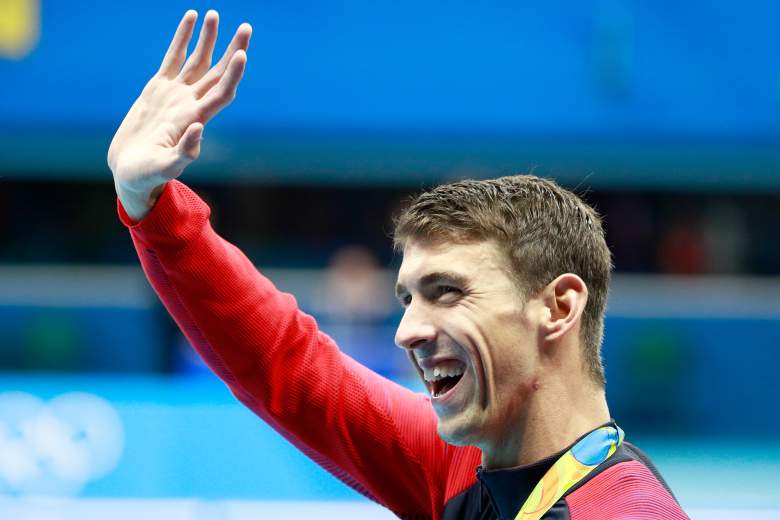 Michael Phelps is the most decorated Olympian of all time, and after adding four more gold medals to his collection this week, everyone is wondering the same thing: Is this it for Phelps? Will he be back to compete in Tokyo? Over the course of his Olympic career, Phelps has won 22 gold medals. According to Time, “Since the modern Olympics began in 1896, 56 countries have taken home fewer gold medals in all than the 22 golds accrued by Phelps in his past four appearances at the Summer Olympics. And that doesn’t include the 47 countries that have participated without winning any gold medals.” It may be too early to say whether or not Phelps will show up to swim in Tokyo– while he claims that he’s done with the Olympics, his teammates believe he’ll be back to give it one last shot. Read on to find out what we know.

Lochte: I'll be back, and I want Michael Phelps with me for '20 Games. Come back @MichaelPhelps please come back https://t.co/AzGInoTIxX

On Friday, Ryan Lochte told The Today’s Show, Matt Lauer, “…I guarantee he will be there. I think so. I really think so, so Michael I’ll see you in Tokyo.” Phelps’ mother, Debbie, also seems to be pushing for her son to compete in 2020. A few hours after Lochte spoke on the Today Show, Debbie, Michael’s fiancee, Nicole Johnson, and his son, Boomer, visited Lauer and Hoda Kotb to give their opinion on the matter. When Debbie was asked how she feels about Michael’s chances of making it to Tokyo, she said, “That would be wonderful. I already have the race picked out!”

Phelps himself, however, seems to have a different view on things. After he tied for second in the 100m butterfly, along with Hungary’s Laszlo Cseh and South Africa’s Chad le Clos, Phelps said, “I will just clarify that Ryan doesn’t know what he is talking about. I am not coming back in four years.”

History suggests that Lochte may right. After the 2012 London Olympics, Lochte speculated that Phelps would swim in Rio, despite the fact that the 22-time gold medalist had said he wouldn’t. In an interview with USA Today in 2014, Phelps discussed how boring retirement had been, proving Lochte may have known Phelps better than Phelps knew himself. “Retirement was pretty boring, to be honest,” Phelps told the news outlet. “It’s funny — I literally would do nothing. If I was at home, I’d always try to, like, golf, or do something with friends, but everyone was working. Everyone had a job. I’d call and text people. I’d either go to the range and hit balls by myself. It got really boring. I’d never be home. I was always on the road traveling and seeing different people.”

Lochte has already stated that he’s going to come back for more, and with the friendly rivalry between the two swimmers, it’d be hard to imagine him competing in an Olympic Games without Phelps. After coming in 5th place in the 200m individual medley, the blue-haired swimmer revealed that though he would take a temporary break from the sport, he wasn’t done with it just yet. “There’s so much more I want to accomplish in the sport of swimming. I don’t know when I’m going to come back. I’m going to come back when I’m ready. But I do know when I do come back, I’m going to be more determined than I’ve ever been. I can guarantee that.”

Michael Phelps added that yes, he has officially decided he will try to compete next summer in Rio.

For now, we’ll just have to wait and see what Phelps decides. Perhaps he’ll find a way to entertain himself in retirement (though he wasn’t able to last time), or perhaps the lack of structure in his life will motivate him to prove, once again, that he’s untouchable in the water.