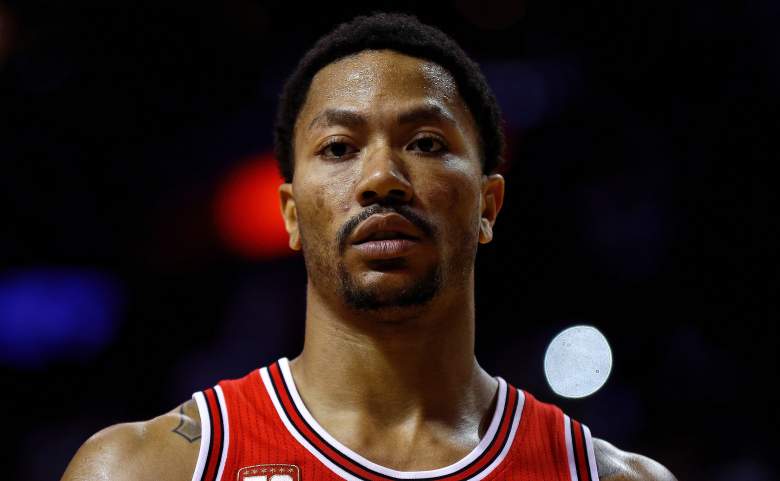 Last August New York Knicks guard Derrick Rose was one of three men named as defendants in a civil suit filed by an unidentified woman who claimed that Rose, Ryan Allen and Randall Hampton drugged and raped her in August 2013. In cases involving charges of either sexual assault or rape the identity of the plaintiff is not revealed, but there was a major change on that front Tuesday afternoon.

Here’s more on the new development and the case, which is scheduled to commence October 4, in general.

1. The judge presiding over the case ruled Tuesday that the accuser has to make her identity public 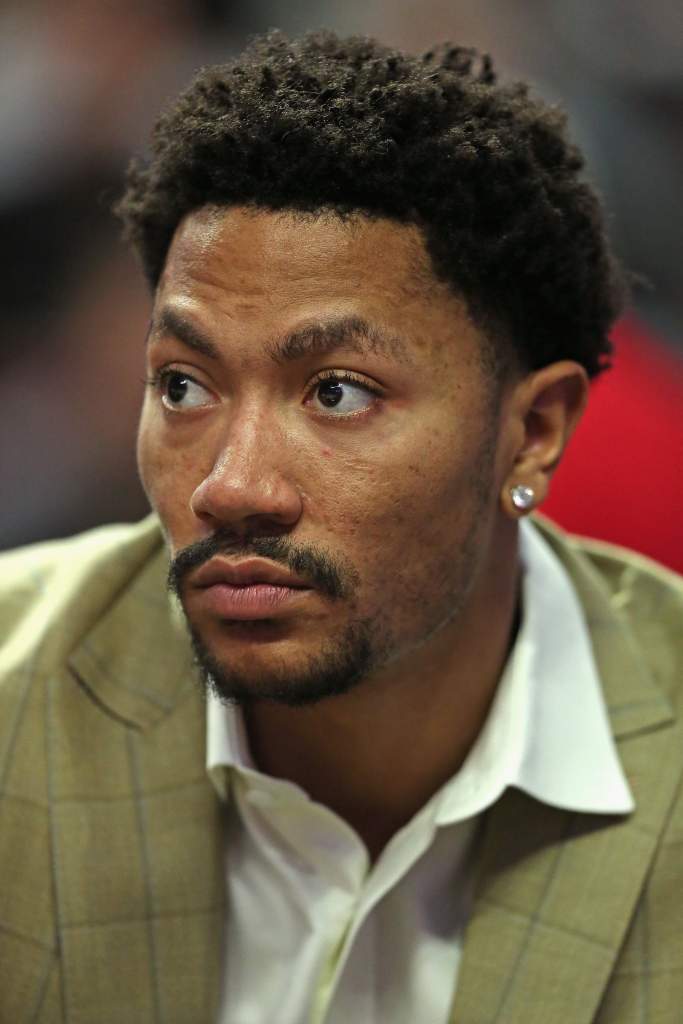 Tuesday afternoon U.S. District Judge Michael W. Fitzgerald ruled that the accuser, who has been referred to as “Jane Doe” in all legal documents and proceedings, can no longer remain anonymous in the civil lawsuit according to the Associated Press. In criminal cases involving the allegations of sexual assualt and/or rape, the alleged victim is allowed to remain anonymous.

But with this particular case being a civil suit, that opened the door for Rose’s lawyers to argue that the accuser should not remain anonymous. Whether or not the accuser’s name should be made public has been a point of contention throughout the case, which was filed last August.

2. Rose’s lawyers have been arguing that the accuser’s identity should be revealed 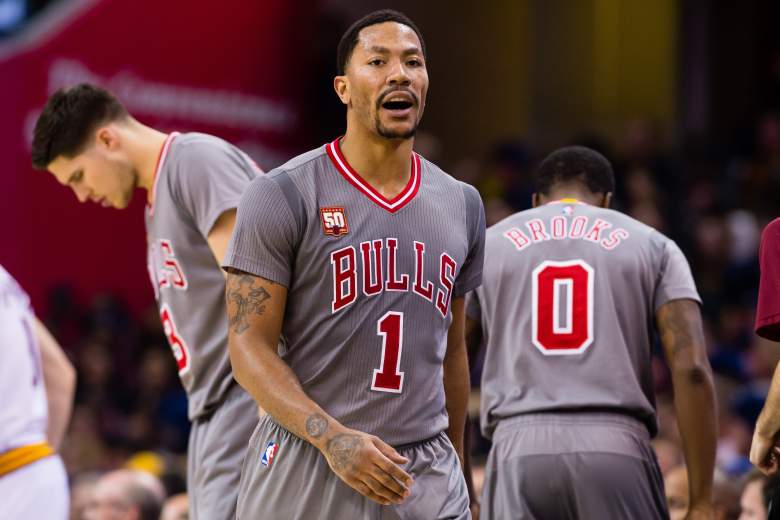 Throughout the case Rose’s lawyers have argued that the accuser’s name should be made public, a claim that prior to Tuesday had not been granted. The offered compromise of the accuser’s lawyers, that she could be identified in court but access to the courtroom would be limited and media would have to continue to use “Jane Doe,” but Rose’s lawyers refused to accept the offer.

Rose’s lawyers argued that the suit was an attempt to extort money from their client, and that the accuser should not be allowed to remain anonymous “while seeking millions in damages from a celebrity with whom she was in a long-term nonexclusive consensual sexual relationship.” 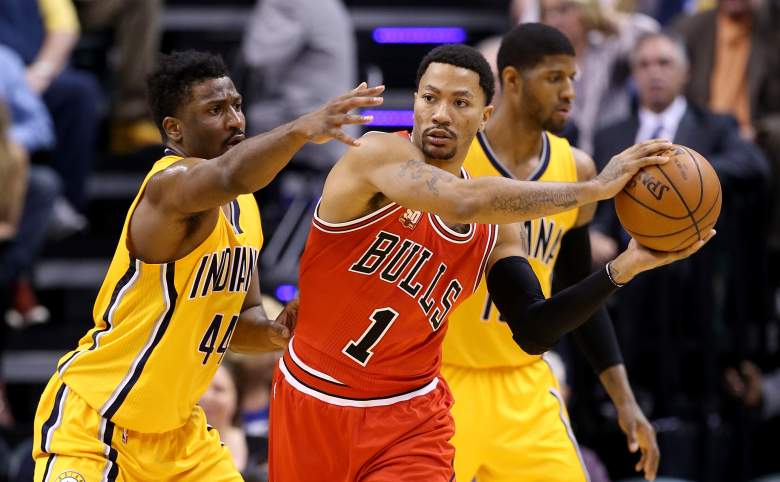 Rose began a “nonexclusive” relationship with the accuser in 2011 (Getty)

Rose and the accuser began their relationship in 2011, with the then-Chicago Bull spending more time in Los Angeles in 2012 after suffering a torn ACL during that year’s NBA Playoffs. According to the original lawsuit filing, it was alleged that in 2012 Rose began to suggest to the plaintiff that they should involve others in their sexual activities, which the plaintiff refused as stated by Rose in his deposition.

It was also alleged in the lawsuit that the relationship ended in the summer of 2013 after the plaintiff refused to engage in a foursome with Rose, Randall Hampton and Hampton’s girlfriend. During his deposition, Rose denied that this was the reason for his decision to end the relationship.

4. The issue in the case centers around consent, with the accuser claiming that none was given and the defendants arguing otherwise 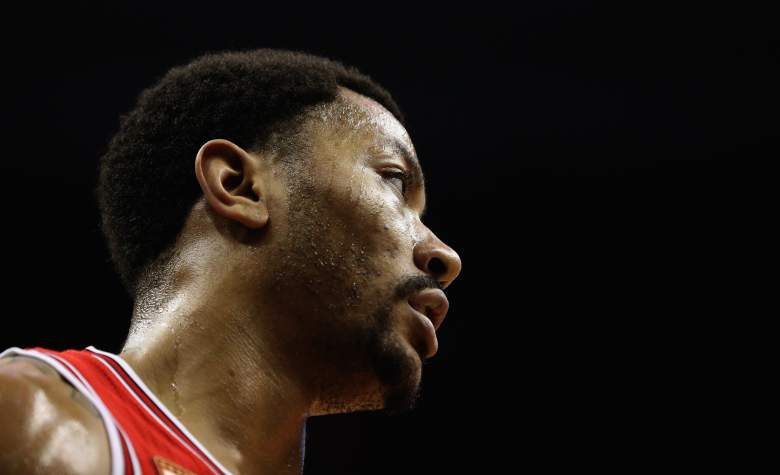 The question to be answered is whether or not the accuser consented to have sex with the defendants on August 23, 2013 (Getty)

In her statements on Tuesday, Doe unequivocally charged that she neither consented nor gave any indication to Rose that she was inclined to consent. “There was no confusion,” Doe asserted. She added that in light of her previous relationship with Rose, he should have known whether she consented to sex. Doe maintains that she was far too intoxicated to be capable of consenting.

According to the accuser’s attorneys, during his deposition Rose testified that he was uncertain of the meaning of the word “consent,” stating the following when questioned according to Think Progress:

“I said we men. You can assume. Like we leaving to go over to someone’s house at 1:00, there’s nothing to talk about.”

5. A former roommate of the accuser stated in February that she believed the suit to be an attempt to extort money from Rose 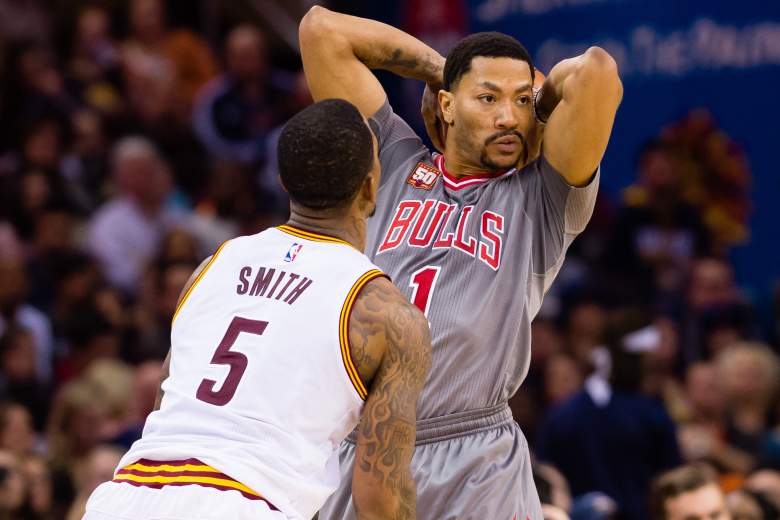 Also named in the civil suit was Keyana LaVergne, who at the time of the alleged incident was the accuser’s roommate. According to the Chicago Tribune, during her deposition in February LaVergne stated that she believed her former roommate’s “efforts to extort money from Derrick Rose based on sham allegations is unfair and inappropriate.” The accuser’s attorneys moved to add LaVergne to the lawsuit after text messages exchanged between the two were released to a website.

Also alleged in that filing was that LaVergne edited the text conversations in an attempt to make the accuser appear to be a “gold digger.” Both Rose and LaVergne stated in their respective depositions that the accuser filed the lawsuit out of anger stemming from her not being reimbursed for a sex toy she purchased while in a relationship with Rose. 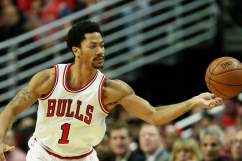