New York Knicks point guard Derrick Rose now faces possible criminal charges over the rape allegations against him that will be the subject of civil trial scheduled to get underway on October 4. The Los Angeles Police Department confirmed that a criminal investigation was “being handled” by the LAPD in a letter to a lawyer for the alleged victim in the case.

Rose’s lawyer has previously charged that there was no criminal investigation, and that claims that such an investigation existed were merely part of an extortion attempt by the plaintiff and her attorneys.

Read the LAPD letter, from Detective Nadine Hernandez to attorney Brandon Anand, below.

Letter from Los Angeles Police to lawyer for Derrick Rose.

Significantly, the LAPD detective in the letter promises Anand that her department will protect the anonymity of the woman who says she was the victim of a gang rape by Rose and two other men.

The woman known only as “Jane Doe” has charged that on August 27, 2013, Rose — then a member of the Chicago Bulls — and two of his close friends, Randall Hampton and Ryan Allen, rendered her unconscious with drugs while at a party in Los Angeles, California.

Rose and his buddies then later entered her apartment without permission as she slept from the effects of the drugs, and took turns raping her while she was still out cold, she alleges.

A judge in the civil case ruled recently that once the lawsuit goes to trial, “Jane Doe” must use her real name, saying that her continued anonymity would “prejudice” the case against Rose, because allowing her to remain anonymous was a “subliminal comment” on the harm Rose allegedly caused her.

On the other hand, the judge scolded Rose and his lawyers for, in effect, “slut shaming” the alleged victim after numerous statements from Rose — who denies the allegations and says that the group sex activity was consensual — about the woman’s behavior.

Among other statements, Rose has said that the alleged victim brought a “sex toy” to Rose’s rented Beverly Hills apartment that night, that she brought a friend to also engage in sex with Rose, and that she “initiated” sexual activity with Rose and his two friends.

All of these actions, Rose claims, are evidence that the woman consented to have sex with the three men. 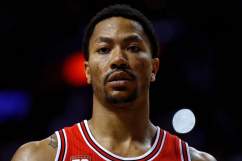