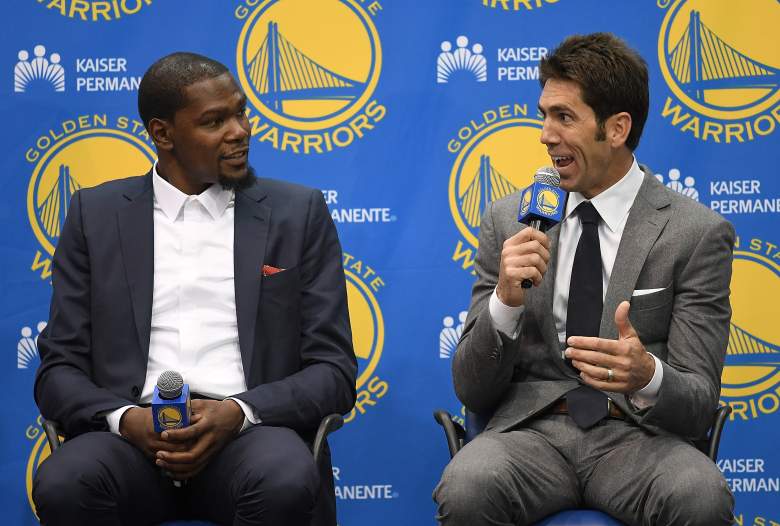 After erasing a three-games to one deficit in the Western Conference Finals, defeating Oklahoma City in seven games, the Golden State Warriors appeared poised to win their second consecutive NBA title. But after getting out to a three games to one lead on Cleveland the Warriors saw that goal slip away, with LeBron James and the Cavaliers winning the title in seven games. Of course much was made of Draymond Green being suspended for Game 5 and rightfully so, as he has developed into one of the most versatile players in the NBA.

But the Warriors still had the likes of Stephen Curry, Klay Thompson and Andre Iguodala at their disposal, and Cleveland still managed to come back. So how does a team that won an NBA record 73 regular season games retool in hopes of getting back to the NBA Finals and picking up that elusive fourth victory? By signing Kevin Durant. The Warriors, who bid farewell to Harrison Barnes and Andrew Bogut, pulled off the biggest move of free agency in luring Durant away from Oklahoma City.

Golden State, for all the firepower in the starting lineup and Andre Iguodala and Shaun Livingston on the bench, does have some questions to answer. How well will new center Zaza Pachulia fit into the lineup? And will the Warriors’ supplementary big men, most notably new signing David West, be able to contribute consistently when called upon? That being said, the Warriors are well positioned to make a run at their second championship in three seasons. 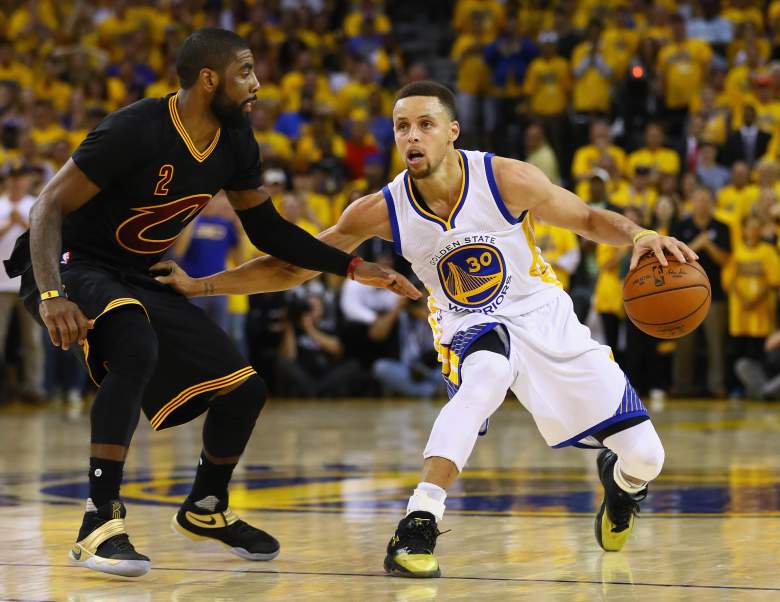 Stephen Curry, being guarded by Kyrie Irving, is the two-time NBA MVP (Getty)

G: Stephen Curry (30.1 ppg, 5.4 rpg, 6.7 apg) In winning his second consecutive league MVP, Curry produced one of the greatest seasons in NBA history. He shot 50.4 percent from the field and 45.4 percent from beyond the arc, hitting a staggering 402 three-pointers. While it remains up for debate if Curry was truly at full strength in the Finals (and whether or not it matters), he was targeted by Cleveland on the other end of the floor as that series turned. So if we’re to pick nits on anything regarding Curry, it would be the defense. But to be fair, that isn’t a major concern for Golden State.

G: Klay Thompson (22.1 ppg, 3.8 rpg, 2.1 apg) Thompson made 276 three-pointers last season, but that impressive figure was overshadowed by Curry. One of the NBA’s best all-around shooting guards, Thompson was a key contributor on the U.S. men’s basketball team that won gold in Rio (as was Durant, with Green being a reserve). How he, Curry and Durant balance the perimeter scoring opportunities will be interesting to watch.

F: Kevin Durant (28.2 ppg, 8.2 rpg, 5.0 rpg) This “experiment” will be both interesting and fun to watch. How will head coach Steve Kerr mesh together the offensive skills of Curry, Thompson, Durant and Green? What helps here is Golden State’s use of “pace and space,” with their tempo and player and ball movement resulting in the team finding quality shots on a consistent basis. It will be a bit of an adjustment for Durant, but he should fit in well due to his extensive offensive repertoire.

F: Draymond Green (14.0 ppg, 9.5 rpg, 7.4 apg) Green’s Game 5 suspension kicked off what would be an eventful summer, with a disagreement in East Lansing, an unfortunate use of SnapChat and a gold medal in Rio. All that being said, he remains one of the NBA’s most versatile players and his presence in the lineup helps Golden State on both ends of the floor. He can be used in pick and pop situations, as a secondary ball-handler and he’s also a good shooter. Defensively he’s tough as nails and can defend just about any position on the court.

C: Zaza Pachulia (8.6 ppg, 9.4 rpg) With Bogut moving on the Warriors had a void to fill at the center spot. Enter Pachulia, who last season made 69 starts for the Mavericks. He isn’t much of a shot blocker, averaging just 0.3 per game, but the 6-foot-11 Pachulia is a good positional defender who also rebounds as a solid rate. Golden State simply needs Pachulia to rebound and defend, and take advantage of the occasional opportunities he’ll get offensively. 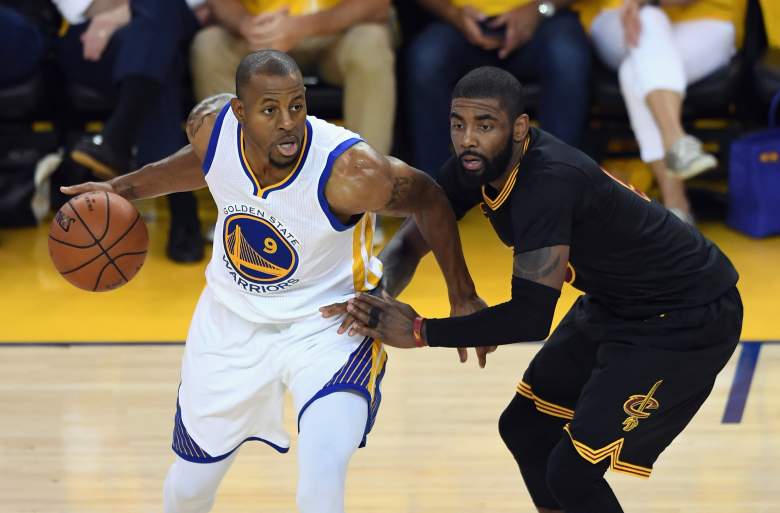 G: Shaun Livingston (6.3 ppg, 2.2 rpg, 3.0 apg) Technically the backup point guard, Livingston’s size at 6-foot-6 allows the Warriors to use him either on or off the basketball when on the court. Not much of a three-point shooter, Livingston shot 53.6 percent from the field in 2015-16.

G: Ian Clark (3.6 ppg) Clark was a deep reserve for the Warriors last season, seeing the bulk of his minutes in games the team put away well before “crunch time.” Clark played just under nine minutes per game in 66 appearances last season, and that average could increase if Golden State looks to get their main guys a little more rest during the regular season.

G/F: Andre Iguodala (7.0 ppg, 4.0 rpg, 3.4 apg) Iguodala is another of Golden State’s incredibly versatile players, which provides Kerr with the luxury of using the 6-foot-8 wing in a variety of roles. Defensively, Iguodala does his job well both on and off the ball, with his length disrupting the passing lanes of opponents.

F: David West (7.1 ppg, 4.0 rpg) West left a substantial amount of money on the table last summer to join the Spurs in hopes of winning a championship, but things did not work out there. Now he’s in a similar spot with the Warriors, and after turning 36 years old this summer the question is just how much can he give at this stage in his career. West is a tough player, and offensively he’s consistent out to 15-17 feet.

C: Anderson Varejao (2.6 ppg, 2.3 rpg) Waived by Cleveland during last season, Varejao was picked up by the Warriors but unable to make much of an impact. Golden State can go “small” and not lose much on the defensive end, but it would benefit them to see Varejao emerge as more of a contributor off the bench.

F: James Michael McAdoo (2.9 ppg, 1.4 rpg) McAdoo didn’t play all that much last season, seeing action in 41 regular season games and averaging 6.4 minutes per contest. He appears destined for a similar role with this year’s squad.

F: Kevon Looney (1.8 ppg, 2.0 rpg) A torn labrum in his right hip derailed Looney’s rookie season before it even began, hampering his development. Now healthy, Looney has the motor needed to be a good rebounder on both ends of the floor for the Warriors. But given how much on-court time he missed last season, it remains to be seen just how far along Looney is from a skill standpoint going into training camp.

Other Players in Warriors Training Camp 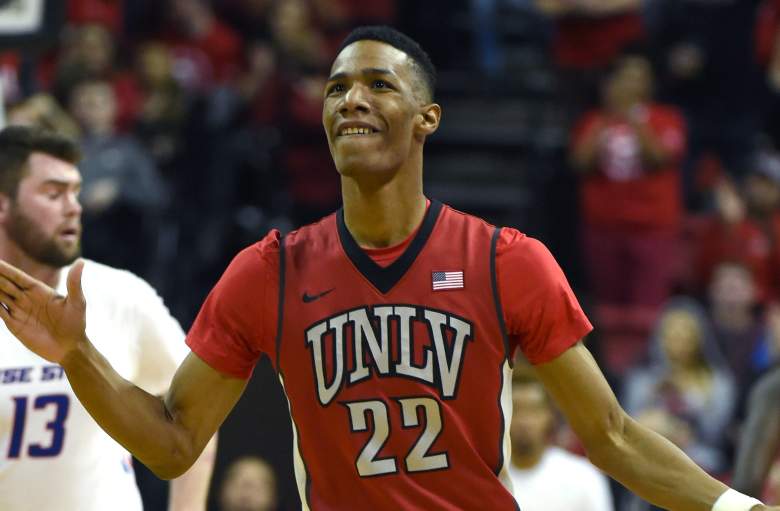 McCaw, who could end up being an absolute steal given his offensive skill set and physical tools, and Damian Jones are the only players on this list in camp on guaranteed contracts. That leaves six players competing for one guaranteed roster spot, including an established NBA veteran in Javale McGee. Could his chances be helped by the current state of Golden State’s front court reserves? Cook fits the “versatile” mold that so many of Golden State’s key players fit into, as he played both forward spots at Oregon.

Cameron Jones has been through camp with the Warriors before, as he was waived in 2013 and then spent the 2013-14 season with the Warriors’ D-League affiliate in Santa Cruz. Scott Wood was a very good perimeter shooter during his career at N.C. State and that’s been the case for him as a pro also, but it isn’t as if the Warriors lack guys who can knock down perimeter shots. Williams is a very athletic shooting guard, and in Pressey the Warriors have in camp a traditional point guard with prior NBA experience.

UPDATE (10/9): The Warriors waived Scott Wood and Elgin Cook, dropping the number of players on the roster to 18.