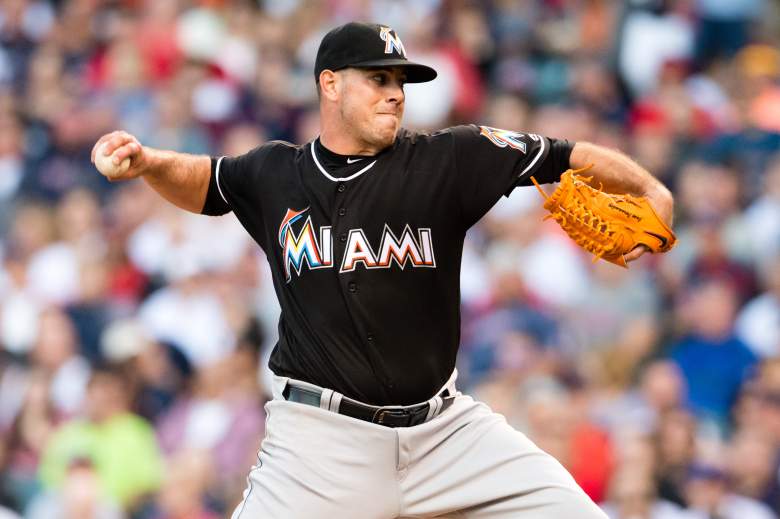 Jose Fernaandez died on Sunday at age 24 in a boating accident. (Getty)

Pitcher Jose Fernandez was killed on Sunday in a boating accident. The Miami Marlins right-hander was born in Santa Clara, Cuba. He was dating Carla Mendoza and recently shared a picture that appeared to confirm that he was going to be a father soon.

On October 29, The Miami Herald reported that the medical examiner’s autopsy and toxicology report shows that Fernandez was legally drunk and had cocaine in his system at the time of the boat crash. His family’s attorney claims that Fernandez was not driving the boat at the time. The two other people killed in the crash were Emilio Jesus Macias, 27, and Eduardo Rivero, 25.

When Fernandez threw his final pitch, his family was there to cheer for him.

José Fernández threw his final pitch with his family there to cheer him on. https://t.co/05lszs1Sng pic.twitter.com/o2jbgwZohm

Here is a look at Fernandez’s family.

1. Fernandez Was Dating Maria Arias & She Was Expecting a Child

Fernandez was dating Carla Mendoza, who is pictured with the pitcher in a photo published by the Sun Sentinel after a September 2015 game in Miami.

Five days before his death, Fernandez posted a black and white image of a pregnant woman on his Instagram page. “I’m so glad you came into my life. I’m ready for where this journey is gonna take us together,” he wrote.

As for Mendoza, she took to Instagram, where she posted the following message:

My deepest love goes out to those who saw jose as more than an athlete, but as a passionate, raw human being. The heart break is unbearable. There was so much more to him than anyone could even begin to understand. I’m fortunate enough to have loved and be loved by jose, and his family, for over 3 crazy beautiful years. Thank you so much to everyone who’s reached out to me, it truly means a lot. Nothing will make this time easy for anyone and if you do one thing today, let it be that you tell those close to you how much you love them. Not one day will pass by that I don’t think about him or love him. Jose never went one moment without knowing how much support and love he had from those close to him. My heart goes out to Maria, as she is expecting his child. Please honor Joses memory by respecting his daughter and her mother as I’m sure this is all too painful for her as well. 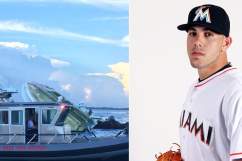 Jose Fernandez posted this photo of his family on his Instagram page on his birthday. (Instagram/Jose Fernandez)

Fernandez became a U.S. citizen in April 2015, a year after his mother, Maritza, accomplished the same thing, notes Fox Sports. It took Fernandez seven months to become a citizen. According to a Tampa Bay.com profile from 2009, when Fernandez was still in high school, his mother spoke no English at the time and worked in a hotel.

Fernandez came to the U.S. in a speedboat with his mother and sister, Yadenis Jimenez. The boat was headed to Mexico at first and the high waters roughed up the boat. Martiza even fell out of the boat, but Fernandez, who was 15 at the time, jumped into the water to rescue her.

“I thought I was going to die many times,” Fernandez said in 2009 about his journey to the U.S. 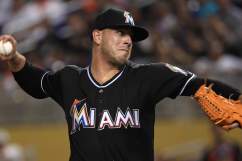 3. His Stepfather, Ramón Jiménez, Was a Doctor in Cuba & Tried 14 Times Before Making it to the U.S.

“There is no other Love like it! Mama -Abuela,” Fernandez wrote in the caption for this photo. (Instagram/Jose Fernandez)

His stepfather, Ramón Jiménez, was a doctor in Cuba and aimed to become a licensed doctor in the U.S., notes Tampa Bay.com. Jiménez left Cuba in 2005 after 14 attempts and was scared when he didn’t hear from Fernandez and his family for several days during their escape to the U.S.

“When he was starting high school, he wrote that number on the mirror, so as to see it when he got up every morning, and to remind him that every time he combed his hair or looked at himself, that it was the number of miles per hour he wanted to reach on his pitches,” Jimenez told the Miami Herald. “José has always been like that. When he fights for something, he never lets down his guard.”

4. Fernandez Called His Grandmother the ‘Love of My Life’

Fernandez’s first Instagram post in April shows him with his mother and sister in Times Square. (Instagram/jofez16)

Fernandez’s grandmother, Olga, had also tried several attempts to reach the U.S. and was denied a visa four times. In November 2013, the Daily Mail documented a reunion between Olga and Fernandez just after he won the NL Rookie of the Year award.

“I get so emotional,” Olga told the Miami Herald in 2013. “I cry and everything. He takes me with him. It is like I can see the United States through his eyes.”

Fernandez called his grandmother “the love of my life,” adding that, “There’s nothing more important than her.”

“He sends me a lot of gifts, but I don’t live like a queen here,” Olga told the Miami Herald in 2013. “I’d live like a queen if I lived there with him. Every day, I pray to be there. It is harder than difficult.”

5. He Has a Sister Named Yadenis Jimenez 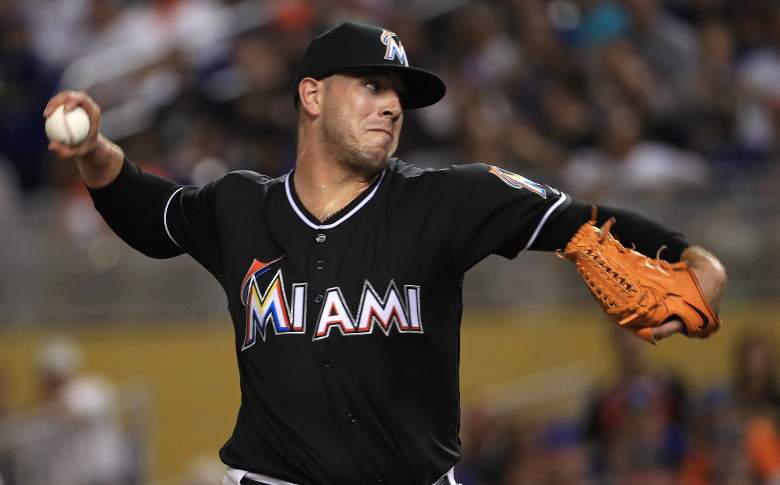 As the Tampa Tribune noted in 2009, Fernandez’s sister, Yadenis Jimenez, made the escape from Cuba to the U.S.

It was an arduous journey. Their first two attempts ended with the U.S. Coast Guard taking them back to Cuba. For their successful trip, they took the speedboat to Mexico and then took a 36-hour bus ride from Mexico to Laredo, Texas. They eventually settled in Tampa, and Fernandez attended Alonso High.

After his second attempt at defecting to the U.S., Fernandez spent two months in prison. He told the Miami Herald that being in the U.S. was actually scarier than being in prison.

“At least in jail I could defend myself,” Fernandez explained. “But here I felt so helpless. Overwhelmed. I’ve never felt anything worse than my first few months here. Jail felt better than that, and I was in with a guy who killed seven people.”