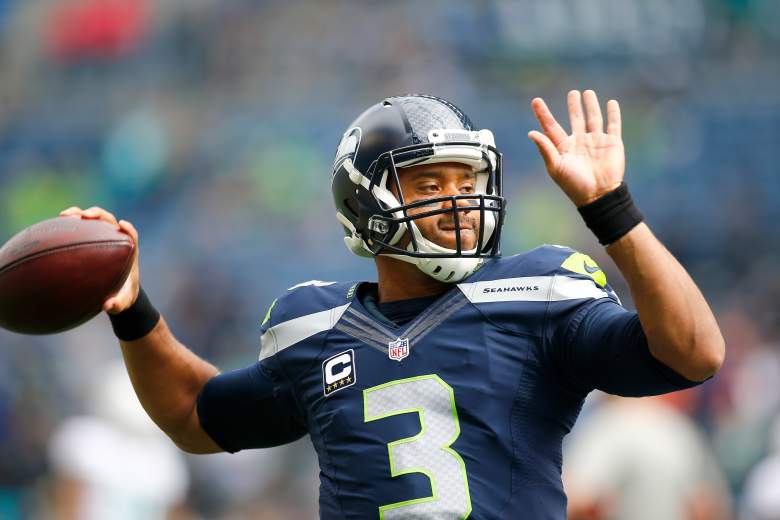 The Los Angeles Rams opened their 2016 home schedule against the Seattle Seahawks on Sunday.

The Rams limited the Seahawks to 305 yards and one field goal to capture their third straight victory against Seattle with a 9-3 win.

Case Keenum went 17-of-35 for 130 yards and two interceptions in a 28-0 loss to the San Francisco 49ers at Santa Clara, California, on Monday Night Football. Keenum rebounded on Sunday, completing 18 of 30 passes for 239 yards and zero turnovers against Seattle.

Although he did not throw for a touchdown, Keenum connected with Lance Kendricks on a 44-yard pass, with Tavon Austin for 27 yards and with Kenny Britt for 36 yards.

Russell Wilson, and the Seahawks offense, struggled to gain momentum. Wilson completed 22 of 35 passes for 253 yards. He was sacked twice and hit eight times.

Penalties were a problem for both teams. The Seahawks were flagged 10 times for 114 yards.

Here’s how the game unfolded:

The Rams scored on their first possession. Quarterback Case Keenum went 5-of-7, but the Rams settled for a field goal. Greg Zuerlein kicked a 39-yarder to give the Rams a 3-0 lead.

Penalties by the Rams’ defense really hurt them on this drive. Rams’ Ogletree was flagged for unnecessary roughness on a Russell Wilson slide, which gave the Seahawks 15 yards.

The Seahawks put together a 14-play, 76-yard scoring drive that ended with a field goal to tie the game, 3-3.

Keenum led a 9-play, 54 yard drive which ended in a 28-yard field goal. Keenum has completed 10 of 18 passes for 114 yards. The Rams have struggled to establish their ground game in the first half. Todd Gurley has only notched 15 yards on 6 carries.

Zuerlein Made a 47-yard Field Goal

The Rams led 9-3 early in the fourth quarter after a 47-yard field goal by Zuerlein. Keenum has completed 14-of-24 passes for 203 yards, no turnovers. Although they hold the lead, the Rams are still waiting for their first touchdown.

The Rams are coming off a tough season opener in which they suffered 28-0 loss to the San Francisco 49ers on Monday night. Rams’ Todd Gurley wasn’t able to get going on the ground, which put the offense in a terrible spot. Case Keenum was ineffective and only managed 130 yards passing.

The Seahawks contended to the last drive against the Miami Dolphins last week. A late touchdown pass from Russell Wilson to Doug Baldwin secured the 12-10 win at home. Wilson completed 27 of 43 passes for 258 yards, one touchdown and one interception. Wilson is dealing with a high ankle sprain but will play on Sunday, ESPN’s Adam Schefter reports. Seattle’s defense limited the Dolphins to 214 total yards.

The Rams have defeated the Seahawks three times in the last four games, including both meetings in 2015. Kick-off is scheduled for 4:05 p.m. ET on FOX.