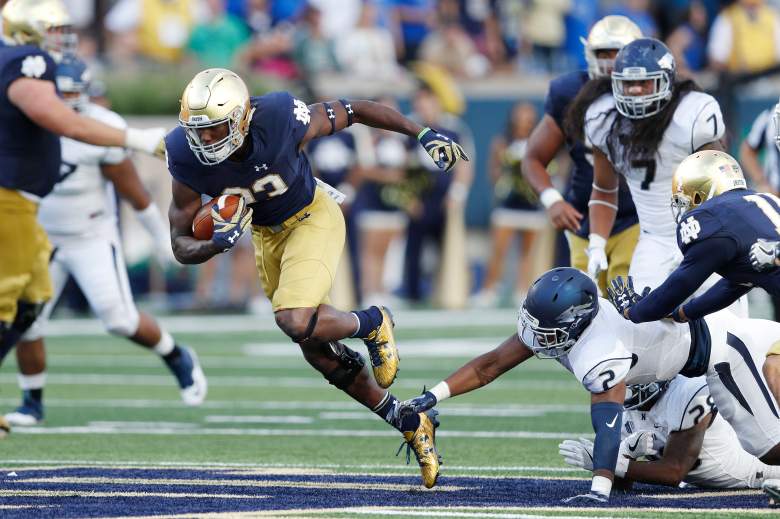 12 Michigan State takes on 18 Notre Dame in its first true test of the season. According to OddsShark, Notre Dame is favored by 7.5 points. The over-under is set at 50 points.

After rotating quarterbacks in the opener against Texas, DeShone Kizer appears to have won the starting position for Notre Dame over Malik Zaire. Kizer is aided by a dynamic duo at running back of Josh Adams and Tarean Folston.

The running backs will face a challenging Michigan State defensive line. The Spartans get talented linebacker Ed Davis back for the game, but it is unclear how much he will play against the Irish.

The OddsShark computer projects Notre Dame to pull out a close 30.8-28.2 victory. The computer is taking Michigan State against the spread and the over on the point total.

According to College Football Study Hall, the S&P+ computers are also projecting a narrow Notre Dame victory of less than 5 points.

With the stability at quarterback, Heavy likes Notre Dame to win the game, but the Michigan State defense will keep them in the contest. Look for the Irish to come away with a win in a close one. Heavy is taking the points in this one as the Spartans hang around to keep it interesting.