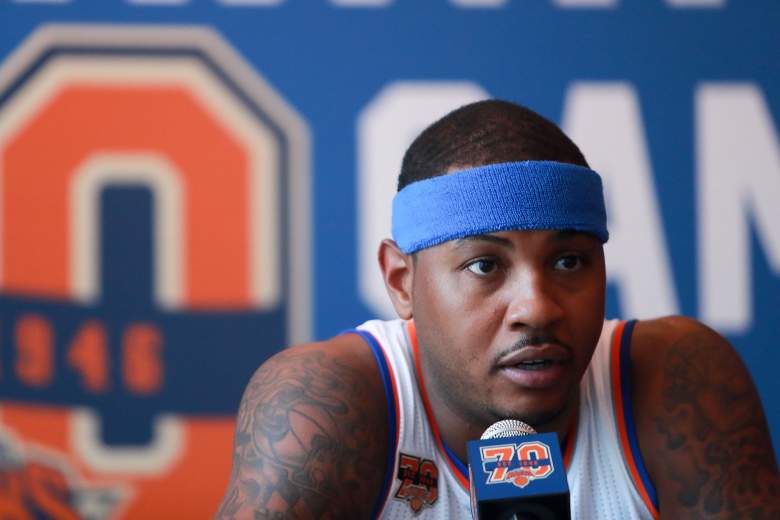 Carmelo Anthony has some more help in New York (Getty)

In 2015-16 the New York Knicks did manage to increase their win total by 15 games from the season prior, so that’s a positive to take away from last season. The only problem: that meant they won on 32 games, still nowhere near the total they needed to contend for a playoff berth. With that being the case Phil Jackson made some major changes, hiring Jeff Hornacek as head coach and bringing in four key additions including point guard Derrick Rose. There’s optimism in the Big Apple as a result, but there’s reason for concern as well. 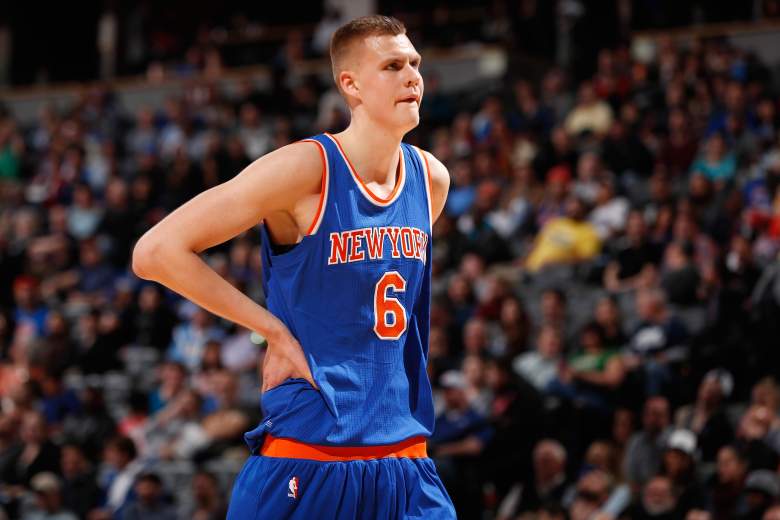 G: Derrick Rose (16.4 ppg, 3.4 ppg, 4.7 apg) There’s no denying that when on Rose is a point guard more than capable of being a difference-maker. The problem: he’s struggled with his health for much of his NBA career. Last season Rose played in 66 games, the most he’s played in the single season since 2010-11 when he played in 81 regular season games. If he can stay healthy the Knicks stand to benefit from the trade that sent Robin Lopez and Jerian Grant to Chicago. Also of concern for Rose: the ongoing civil lawsuit filed against him and a possible criminal investigation as well regarding allegations of sexual assault.

G: Courtney Lee (9.6 ppg, 2.6 rpg) Lee played in 79 regular season games last season, beginning the year in Memphis before being traded to Charlotte. The 6-foot-5 shooting guard defends his position well, and offensively he 45.4 percent from the field and 37.4 percent from three in 2015-16. He and Rose represent a step up in talent after the Knicks began last season with Jose Calderon and Sasha Vujacic as their starting backcourt.

F: Carmelo Anthony (21.8 ppg, 7.7 rpg, 4.2 apg) Anthony proved to be a better all-around offensive weapon for the Knicks last season, as he was able to work the ball around a bit more than in seasons past. Part of that was the arrival of Porzingis, giving Anthony another talented option to work with. The hope is that this trend continued with the talent Jackson managed to reel in this summer.

F/C: Kristaps Porzingis (14.3 ppg, 7.3 rpg) Only Karl-Anthony Towns put together a better rookie season than Porzingis, who gained notoriety early in the season for his tip dunks but then showed why the Knicks believe that he can be a cornerstone of the franchise for years to come. Anthony helped with Porzingis’ transition, and that will once again be the case. What will also help Porzingis is his focus on getting stronger in his lower body in order to better deal with physical big men.

C: Joakim Noah (4.3 ppg, 8.8 rpg) Noah, who grew up in Hell’s Kitchen, was the Knicks’ first signing of free agency this summer. Noah’s had healthy concerns in the past, as he’s played 70 games or more in a regular season just three times in his first nine NBA seasons with last year’s 29 games representing a career low. A left shoulder injury ended Noah’s 2015-16 season, an issue that has since been remedied. When on the court Noah is one of the best defensive big men in the NBA, and he doesn’t back down from a challenge either. 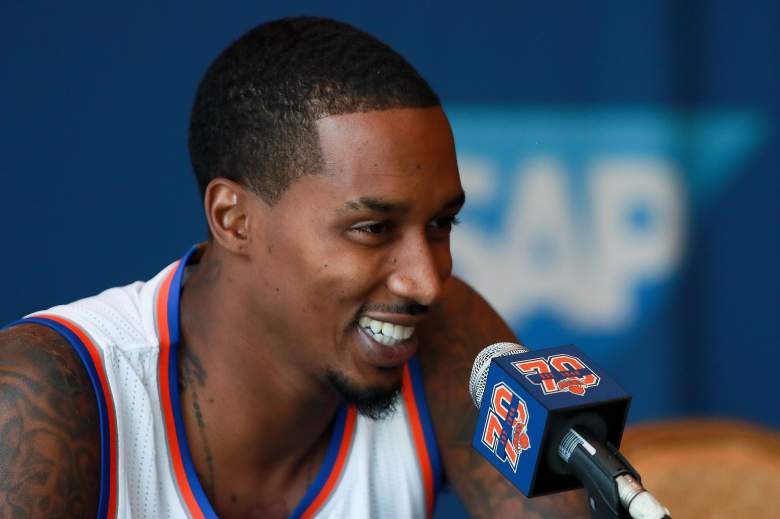 Brandon Jennings will be the backup point guard (Getty)

G: Brandon Jennings (6.9 ppg, 2.0 rpg, 3.5 apg) Jennings split his time between Detroit and Orlando last season, heading to the Magic in a deal that sent Tobias Harris to Detroit. Jennings didn’t have the best luck in Detroit, as just as he was beginning to hit his stride under Stan Van Gundy in 2014-15 Jennings suffered a ruptured Achilles. Now in New York, the flashy left-hander will lead the Knicks’ second unit.

G: Justin Holiday (4.5 ppg, 1.7 rpg) Holiday was also involved in the Rose trade, and he can be more than just a footnote for the Knicks. With the Bulls Holiday averaged 6.5 points per game, shooting 43.3 percent from three. New York ranked 23rd in three point percentage last season, an area where Holiday can help the team improve.

G: Sasha Vujacic (4.9 ppg, 2.4 rpg) Vujacic began the season as the starting two-guard, but the struggles of he and Jose Calderon on the defensive were eventually too much to ignore. With the influx of talent Vujacic will be a reserve, a role that’s better suited for Vujacic at this stage in his career.

F/C: Kyle O’Quinn (4.8 ppg, 3.8 rpg) Expected to be a key addition for the Knicks last summer, O’Quinn struggled last season and ultimately saw his minutes decrease as a result. Playing just under 12 minutes per game, O’Quinn shot 47.6 percent from the field in 66 regular season games.

C: Guillermo “Willy” Hernangomez (Rookie) Hernangomez was a second round selection of the 76ers in the 2015 NBA Draft, with the Knicks ultimately receiving his draft rights. Playing for Real Madrid last season, Hernangomez averaged 6.6 points and 3.8 rebounds per game in Spanish ACB competition.

F: Maurice Ndour (Rookie) One year after Ndour performed well for the Knicks’ Summer League team, he’ll get an opportunity in training camp with a guaranteed contract. Ndour, who was waived by the Mavericks last preseason, played for Real Madrid in 2015-16 on teams that won by the Spanish ACB and Spanish Cup titles. Ndour plays with great energy on both ends of the floor.

Other Players in Knicks Training Camp 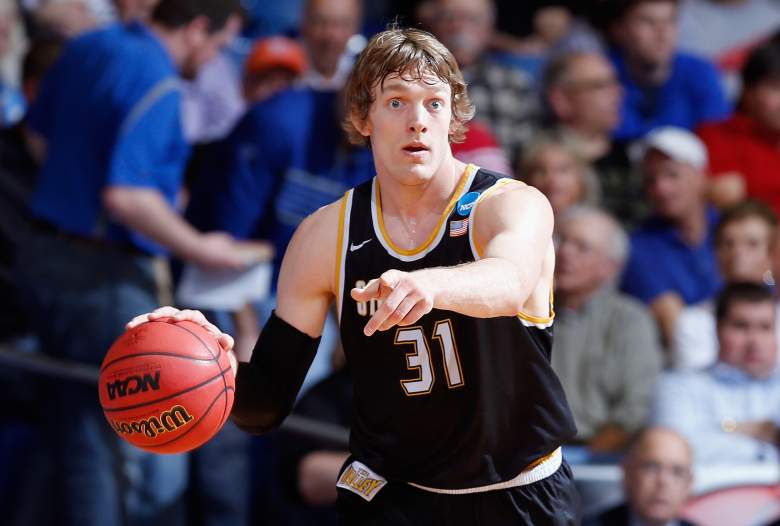 With Amundson and Plumlee on guaranteed deals, the Knicks have 15 guaranteed contracts in training camp. Plumlee impressed during Summer League, and Amundson is an established veteran who was with the Knicks last season.

Baker, Randle and Tokoto are prime candidates to join the Knicks’ D-League affiliate in Westchester, with Baker being a tough guard who can play either on or off the basketball. Randle, who was a very good four-year career at Stanford, can do the same and Tokoto is an athletic wing who defends well but needs to refine his offensive skill set. Kuzminskas spent the last three seasons in Spain playing for Unicaja Malaga.