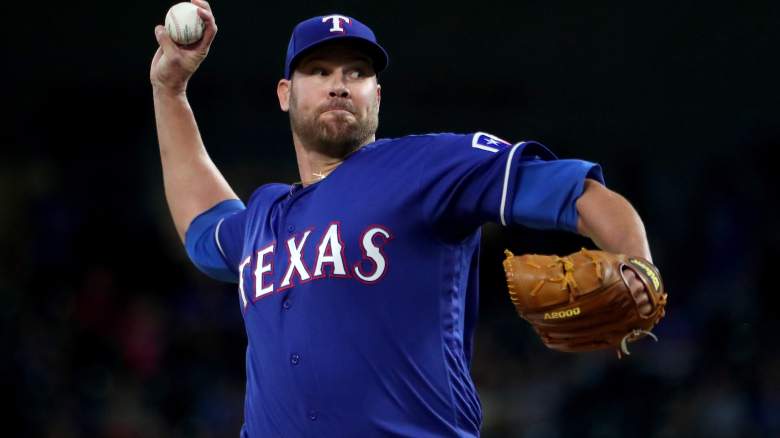 Just one win away from advancing to the American League Championship Series for the second year in a row, the Toronto Blue Jays return home to host the Texas Rangers for Game 3 of the ALDS on Sunday night.

Here’s everything you need to know to watch the crucial matchup.

Looking to avoid elimination after posting the American League’s best regular season record, the Rangers will hand the ball to Colby Lewis, who went 6-5 with a 3.71 ERA, 1.13 WHIP and 4.81 FIP in 19 starts this year.

After missing nearly three months with a strained lat, Lewis returned in September and proceeded to get rocked for 13 earned runs in 18.1 innings to close out the season. He did, however, seem to get back on track with six scoreless innings against the Rays on October 1, and he posted a 3.21 ERA and sparkling 0.71 WHIP in two starts against the Blue Jays.

For Toronto, Aaron Sanchez will take the bump. The youngster was outstanding in his first full season as a starter, going 15-2 with an AL-leading 3.00 ERA and 1.17 WHIP with 161 strikeouts in 192.0 innings.

Sanchez, who pitched 7.1 scoreless innings of relief during last year’s postseason, was electric down the stretch, posting a 1.42 ERA with 21 strikeouts in 19 innings over his last three starts.

That said, the Rangers were one of the few teams to get to Sanchez this year, lighting him up for nine earned runs in 13.2 innings during two May starts.