The Chicago Cubs are four wins away from making history.

The Cubs are back in the World Series for the first time since 1945 after knocking off the Dodgers in the 2016 National League Championship Series.

Chicago hasn’t won the title since 1908, but will look to end the drought when they kick off the Fall Classic beginning Tuesday against the Cleveland Indians.

And now you can get the latest Cubs MLB playoffs gear thanks to online sports retailers Fanatics and FansEdge. Grab a new hat, shirt or sweatshirt to show your team support as the Cubbies get ready for the arguably the biggest series in franchise history.

All of the products on Fanatics and FansEdge are officially licensed and made of high quality materials. And not only do the sites carry the Cubs National League Champions and World Series apparel, but also have thousands of other Chicago items for men, women and children, including shirts, jerseys, jackets, hats, hoodies and collectible memorabilia.

The Cubs are on top of the National League for the first time in over 70 years. Chicago clinched the NL Pennant by taking down the Dodgers in the NLCS. Pick up the newest Cubs gear including shirts, hats, hoodies, jerseys and more before the Fall Classic gets started by clicking the link below. 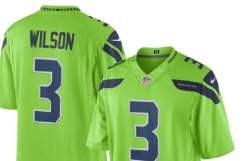 Signed, sealed, delivered. The Cubs have clinched a spot in the World Series for the first time since 1945. Commemorate the moment with the official National League Champions Locker Room T-Shirt.

The royal blue T, which the players were wearing on the field celebration after the victory, is made of 100 percent cotton and features screen print graphics, a crew neck and is made by Majestic.

Get the hat the Cubs players and coaches were wearing after winning the NLCS. The 2016 National League Champions Locker Room 39THIRTY Flex Hat by New Era.

Made of 95 percent polyester and 5 percent spandex, the stretch-fit hat comes in a structured fit with a curved bill. A perfect accessory to show who you’re pulling for the Cubs in the Fall Classic.