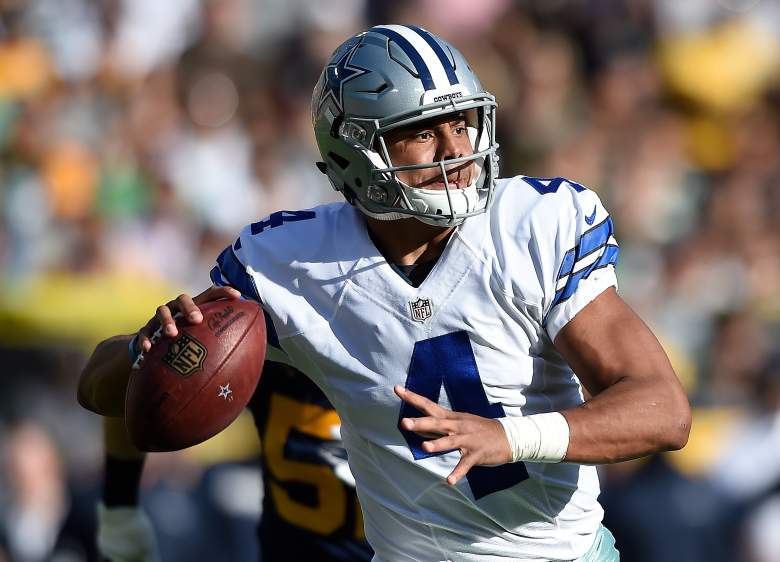 The Cowboys enter tonight’s game as favorites over the Eagles. (Getty)

The Dallas Cowboys square off with the Philadelphia Eagles tonight on Sunday Night Football. According to OddsShark, the Cowboys enter the contest as four point favorites over the Eagles.

The over-under is set at 43 points. Dallas has been nearly flawless against the spread this season at 5-0-1 while the Eagles have been a respectable 4-2.

Dak Prescott gets additional help tonight with the return of star receiver Dez Bryant. Prescott has managed to play well without Bryant’s presence for most of the season, but Bryant gives the Cowboys an added dimension.

Prescott and the Cowboys offense have a difficult matchup against the Eagles defense. We expect Carson Wentz to have a bounce back game but think the Eagles come up short.

Heavy expects this one to be a back and forth contest. We like Prescott and the Cowboys at home to come away with the win.