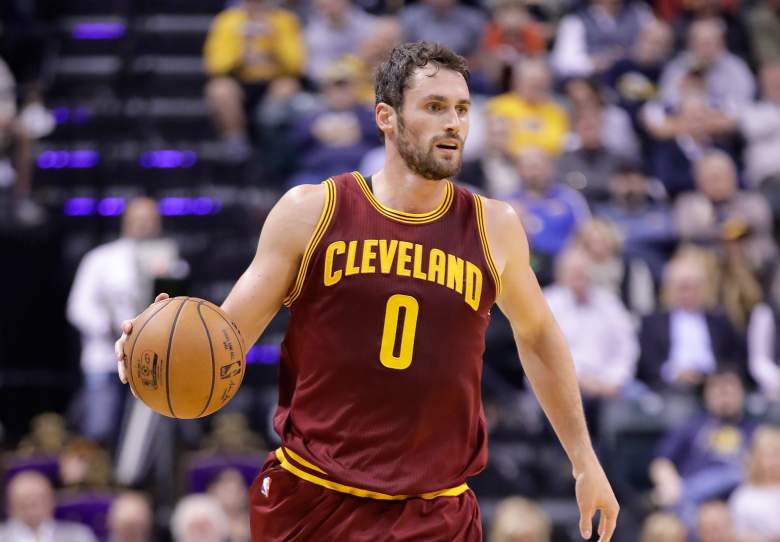 History was made in the Cleveland Cavaliers’ 137-125 victory over the Portland Trail Blazers Wednesday night, with forward Kevin Love putting together a first quarter for the ages.

Love made a 15-foot jumper 15 seconds into the game, and those two points would be the first of 18 that he would score in the first four minutes of the quarter. By the time the first quarter ended, Love scored a franchise-record 34 points on 11-for-14 shooting from the field (8-for-10 from three; 4-for-4 from the foul line). Love, who’s high in a game since arriving in Cleveland two-plus seasons ago was 34 points, now holds the franchise record for most points scored in a quarter and the NBA record for most points scored in the first quarter.

While Love’s first quarter set records, the one record he could not break was the most points scored in a quarter by a player in NBA history. That mark’s held by Golden State Warriors guard Klay Thompson, who scored 37 points in the third quarter of a win over the Sacramento Kings on January 23, 2015. Thompson finished that game with 52 points, shooting 16-for-25 from the field (11-for-15 from three; 9-for-10 from the foul line) in the 126-101 victory.

And following Love’s offensive explosion, the Kings sent the following tweet to the Cavaliers:

@cavs we were rooting for 38 tbh. Still pretty cool tho.

Love finished Wednesday’s game with 40 points, eight rebounds and three assists, shooting 12-for-20 from the field, 8-for-12 from three and 8-for-8 from the foul line. And his first quarter overshadowed the efforts of LeBron James, who posted the 44th triple-double of his career with 31 points, ten rebounds, 13 assists and three steals. Also of note from this game was Portland guard Damian Lillard finishing with 40 points, six rebounds and 11 assists in a losing effort.