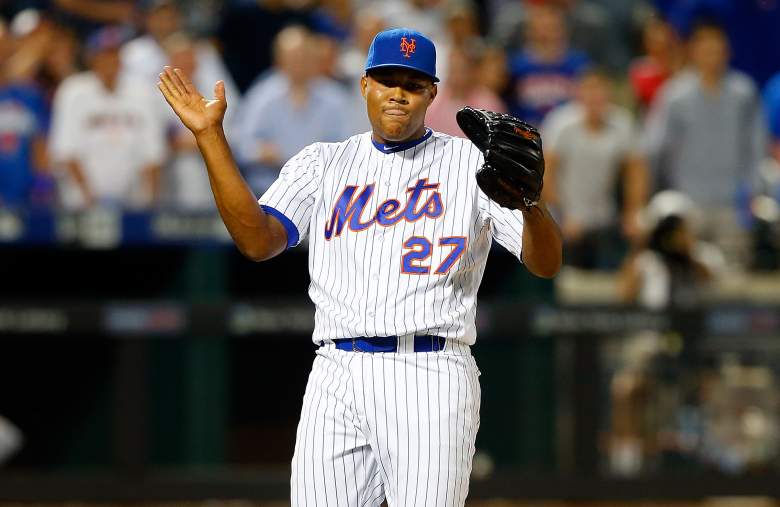 New York Mets closer Jeurys Familia was arrested on October 31 on a domestic violence charge in Fort Lee, New Jersey. Police said that he caused “bodily injury to another” person, whose name was redacted in the complained filed to Fort Lee Municipal Court, The North Jersey Record reports.

The arrest came just weeks after the 27-year-old was featured in an anti-domestic violence commercial airing on the YES and MSG Networks.

Here is what we know so far about the arrest. This is a breaking story and will continue to be updated.

1. Familia Is Identified on the Complaint as Jeurys F. Mojica and the Alleged Incident Took Place in Fort Lee 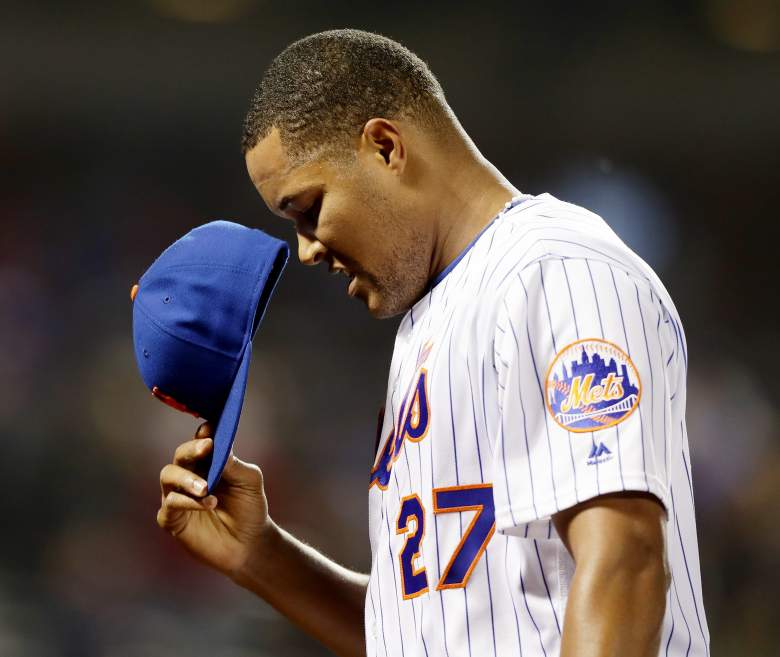 The complaint was first obtained by The North Jersey Record and can be seen here. It identifies Familia as Jeurys F. Mojica, a name that Familia uses for a Facebook page. The date of birth for Familia on the complaint matches the one listed on the Mets’ site.

According to the complaint, Familia was arrested for allegedly causing “bodily injury to another.” Police said they saw a scratch on the alleged victim’s chest and a bruise on the right cheek. The victim’s name was redacted.

The complaint says that the responding officer “found probable cause to believe that domestic violence had occurred.”

Familia’s Facebook page lists him as being married to Bianca Rivas. He also has a one-year-old son named Jeurys Jr. 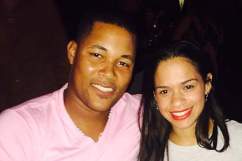 2. Police Responded to a Fort Lee Apartment Just Before 2:30 a.m. to Respond to a ‘Dispute’ 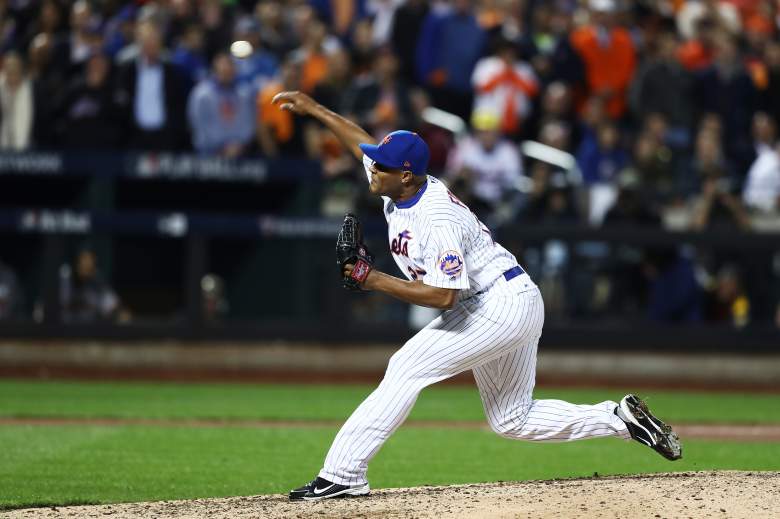 The Record reports that police responded to an alleged incident at a Fort Lee apartment at 2:20 a.m. for a “dispute.” Fort Lee Police Chief Keith Bendul did not provide further details on the incident and would not identify the parties involved.

Bail was set at $1,500. The Record reports that it appears he was released after posting it. Familia made $4.1 million for the 2016 season.

The Mets issued a brief statement on Tuesday, which read:

The matter was brought to our attention and we are monitoring the situation.

Journalist Hector Gomez tweeted comments from Familia, who says that he is “fine and with my whole family.” According to Gomez, Familia says that someone is “trying to damage my reputation with this info. I’m at peace with my family.”

Jeurys Familia: "Somebody is trying to damage my reputation with this info. I'm at peace with my family.”@AdamRubinESPN @ZDeportes

The MLB and MLBPA came to a new agreement on domestic violence punishments in August 2015. The first player arrested after the agreement was former Met Jose Reyes. The MLB doesn’t have a specific penalty for domestic violence and the MLB commissioner’s office investigates each allegation against a player. A player can appeal a decision and the appeal will be heard by an independent arbitrator. 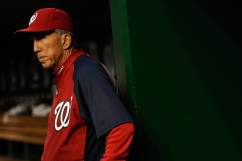 3. Familia Just Appeared in a Commercial Against Domestic Violence in a Campaign With Joe Girardi 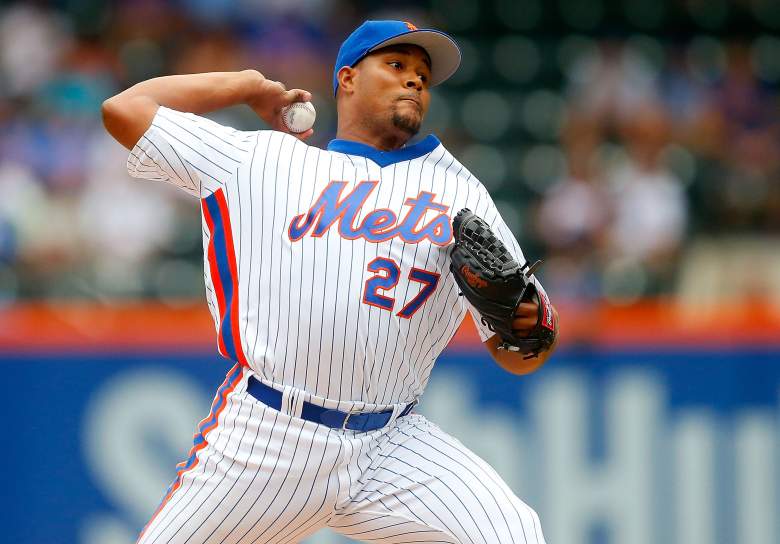 The arrest came almost a month after Familia and New York Yankees manager Joe Girardi appeared in an anti-domestic violence PSA with New York City Council Speaker Melissa Mark-Viverito that is airing on the YES and MSG sports networks. According to The New York Daily News, the commercial includes the two sports figures saying they are “not a fan” of domestic violence.

Other plays who appear in the commercial are John Starks, Rod Gilbert, Kiah Stokes, Lucky Mkosana and Giovanni Savarese. The spot is part of a campaign by the National Coalition Against Domestic Violence.

“We want New Yorkers to know that they can be a Yankees fan, a Mets fan, a Liberty fan, a Knicks fan, a Cosmos fan, and a Rangers fan, but not a fan of domestic violence,” Mark-Viverito said when she unveiled the ads in early October.

4. Familia Made the 2016 All-Star Team & Pitched for the Mets in the NL Wild Card Game

During the postseason, Familia pitched the final inning of the NL Wild Card Game against the San Francisco Giants, giving up a three-run homer to Conor Gillaspie. Those were the only three runs in the entire game.

It was another sign that Familia struggles in the postseason. After the game, Mets manager Terry Collins said they would work on Familia’s psyche in the offseason.

“I think that’s something we certainly need to be careful of, and address. He’s a tremendous guy, as you know. So I addressed it just now,” Collins said. “He’s really down, but we wouldn’t be here without him. I just told him, ‘you’re going to tell me you’re going be on the mound in any playoff game, I’ll take it.’ He’s got 51 saves and over 90 in two years? I’ll take that.” 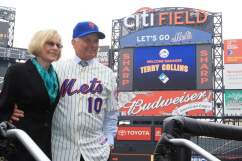 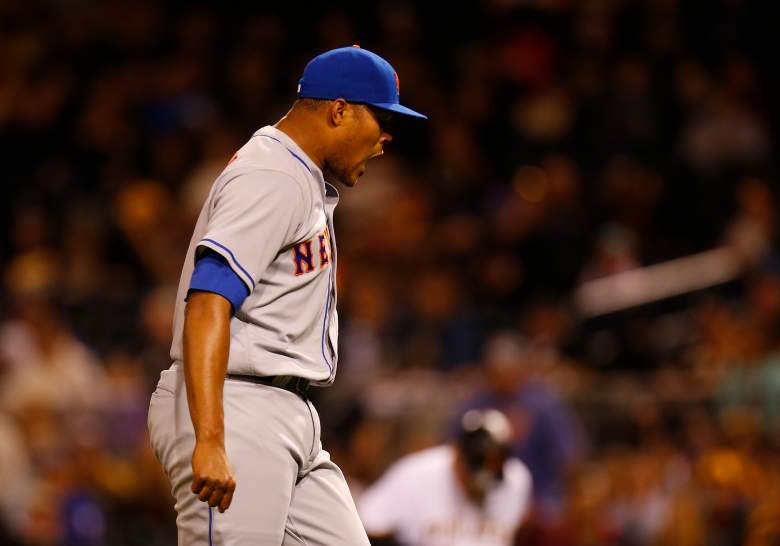 Familia was born in Santo Domingo, Dominican Republic and was signed by the Mets out of high school in 2007. He made his MLB debut in September 2012 and established himself as the Mets’ full-time closer in 2015. That season, he posted 43 saves in 76 appearances, with a 1.85 ERA. He also pitched in the World Series against the Kansas City Royals.

In an interview with Sports Daily during the early part of the season, Familia said he felt like there wasn’t any pressure on the Mets because they made the World Series in 2015.

“The experience we had last year in the World Series and playing in the playoffs, we don’t feel the pressure anymore,” Familia said. “These games are a little crazy. We’ve also had bad times. But everybody knows we can do better and we’re going to do better. We want to do the best we can and try to win everything this year.”