About a month ago, the Cardinals--on a short week in San Francisco with Drew Stanton under center--beat the 49ers by 12 points. Now, the Cardinals are coming off a bye, they're at home, and they have Carson Palmer under center. That should be good enough for a three-point improvement, especially when you consider the 'Niners have lost three games since then by 29, 17 and 18 points. Also, there's the fact that David Johnson is really good, and the 49ers can't stop getting gashed by even average running backs. This has blowout written all over it. (Getty) 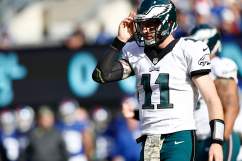 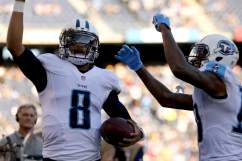 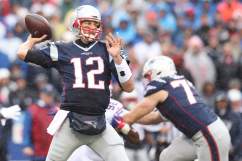