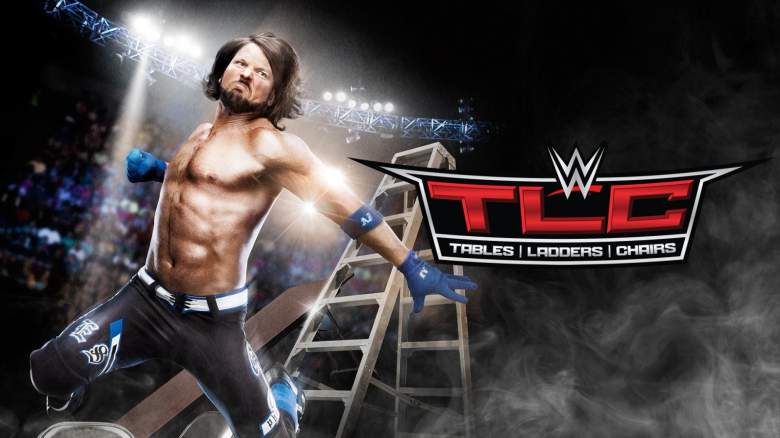 Tonight’s Tables, Ladders & Chairs pay-per-view concluded with an incredible match between AJ Styles and Dean Ambrose, but on social media, the quality of the match was overshadowed by the fact that Styles ripped an unfortunately large hole in his pants.

Lol aj styles has a hole in his pants pic.twitter.com/GmhcGUbjo3

This rip became noticeable towards the last 20 minutes of the match, with Twitter blowing up with memes and with the camera seemingly trying to hide the hole after a point. It was also located in pretty much the worst place possible.

AJ Styles has a rip in his tights that is dangerously close to his butt crack. This has been your #WWETLC update

This is getting crazy. Sick bumps and AJ ripped his pants pretty badly #WWETLC

That small porthole to AJ's bum is very distracting #WWETLC

This match goes much longer we are going to see Way more of AJ Styles. ? #WWETLC

An unfortunate place for AJ to rip his tights #WWETLC

If you think splitting his pants in a PPV main event would embarrass AJ Styles and hold him down, remember he worked in TNA for a decade

ASSES OUT FOR AJ STYLES

Even some WWE personalities chimed in, with Noelle Foley, Mick Folley’s daughter, joking that things could have been much more graphic.

Good thing AJ's rip in his tights is slightly to the left or else we all would have seen a phenomenal anus tonight ? #WWETLC

It’s not quite clear when the rip occurred, but it was sometime after Dean Ambrose threw AJ Styles down into four chairs that were set up in the ring.

All in all, the match between Ambrose and Styles was particularly brutal, with some shocking spots that completely fired up the crowd. In addition to the chair drop, there was also a great moment when Dean Ambrose jumped off a ladder and landed with an elbow drop on AJ Styles. The fact that some clothing didn’t make it through intact is hardly a surprise.

AJ Styles likely isn’t too bothered by the embarrassing hole incident considering James Ellsworth helped him to retain the WWE World Championship and embarrass Dean Ambrose after weeks of mockery.

Read More
Pro Wrestling, WWE
At Tables, Ladders & Chairs on Sunday night, an incredible match was overshadowed by the fact that AJ Styles ripped a giant hole in his pants.