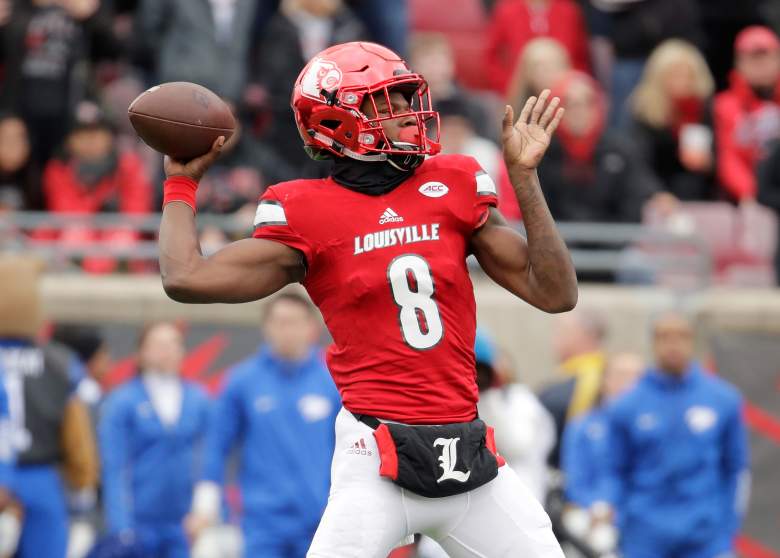 Lamar Jackson is the Vegas favorite to hoist the Heisman Trophy. (Getty)

Lamar Jackson enters tonight’s ceremony as the favorite to win the Heisman Trophy. Here’s the latest odds courtesy of OddsShark:

Jackson has put up amazing numbers especially early in the season. He threw for 3,390 passing yards, 30 touchdowns and 9 interceptions this season. His rushing statistics are even more impressive. Jackson rushed for 1,538 yards and 21 touchdowns. He joins Tim Tebow as one of the rare players to have both 20 passing and rushing touchdowns.

Watson is second in the odds and faces the challenge of having a great season that was not as strong as his 2015 campaign. This season, Watson threw for 3,914 yards, 37 touchdowns and 15 interceptions. Like Jackson, Watson has had success on the ground. He rushed for 529 yards and six touchdowns. That is down from his 1,105 rushing yards and 12 touchdowns in 2015.

Westbrook has put up great numbers this season at receiver. He has 1,465 receiving yards and 16 touchdowns. He enters tonight’s ceremony as a big underdog.

Peppers is another finalists who is an underdog. He would be the first defensive player to win the award since 1997.

Heavy likes Jackson to edge out Watson in what is likely to be a close race. Jackson will benefit from a number of writers submitting their ballots before the season ended and Jackson’s struggles down the stretch. 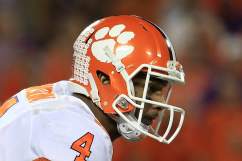