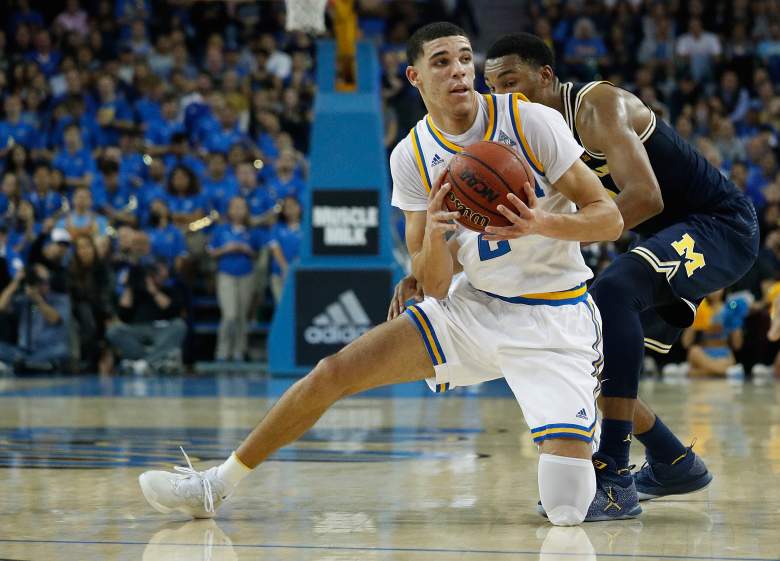 No. 2 UCLA has been one of the biggest stories in college basketball this season, as they were coming off of a disappointing 2015-16 season and adding one of the nation’s best recruiting classes. Among those new arrivals is 6-foot-6 freshman point guard Lonzo Ball, who currently ranks second in the country in assists behind Creighton’s Maurice Watson Jr. But for all the hype that Ball has received this season, he’s the first of three brothers in the family who will play their college basketball in Westwood.

Here’s what you need to know about Lonzo’s younger brothers, LiAngelo and LaMelo Ball.

The 2015-16 high season was the only one in which all three would get to be teammates, with LaMelo being a freshman. They made the most of it too, winning all 35 of their games and the CIF Open Division state title. Chino Hills defeated De La Salle HS 70-51 in the CIF Open Division title game, with LiAngelo Ball scoring a team-best 17 points. Lonzo added 15 points, ten rebounds, five assists and five steals, and LaMelo finished with 14 points.

Chino Hills played a fast-paced style, complete with full-court pressing and little time wasted before the next shot attempt. Many opponents struggled to keep up with Chino Hills, and their 70 points against De La Salle represented the second-fewest points the Huskies scored in a game last season. But that’s how the boys’ father LaVar raised them to play: fast. And thus far the uptempo style has worked out well for all involved.

LiAngelo Ball, a 6-foot-6 shooting guard, was the second of the three Ball brothers to commit to playing for Steve Alford in a move that didn’t come as a surprise to anyone. Rated a three-star guard at the time, LiAngelo has risen up the recruiting rankings and is currently ranked the 19th-best prospect in the state of California by 247Sports.com. LiAngelo may not be as highly acclaimed as Lonzo, but his build and ability to score both inside and out make him a quality pickup for UCLA moving forward.

LiAngelo is one of five commitments UCLA has in the Class of 2017, with point guard Jaylen Hands, small forward Chris Wilkes and power forwards Cody Riley and Jalen Hill being the others. 247Sports.com ranks UCLA’s 2017 class as the second-best in the country, with Kentucky currently in the top spot.

3. LaMelo Committed to UCLA Less than Five Months After LiAngelo

UCLA made it 3-for-3 with regards to recruiting the Ball family in July 2015, with LaMelo making his decision to follow the path of Lonzo and LiAngelo. At the time of his commitment LaMelo was just 13 years old and had yet to play a game of high school basketball. He won’t graduate from high school until 2019, so UCLA fans will have more than two years to wait for LaMelo to arrive on campus.

With that being the case, LaMelo will go through changes not only skill set-wise but also physically. Standing at 5-foot-7 at the time of his commitment to UCLA, LaMelo is now 6-foot-3, with his father stating this in an interview with CBSSports.com earlier this week. He’s a point guard who already has good size for the position, playing alongside older brother LiAngelo to give Chino Hills a high-scoring perimeter tandem.

Chino Hills has won all 11 of its games to start the 2016-17 season, extending their win streak to 46 consecutive games when factoring in the 2015-16 season. Included in the 11 games is a two-game stretch in which LiAngelo scored a combined 128 points. One day after scoring 56 points in a 121-89 win over Corona Centennial, LiAngelo followed that up with 72 points against Rancho Christian HS in a 128-108 victory.

While his efforts were overshadowed by LiAngelo’s scoring explosion, LaMelo put up quality stat lines in those wins as well. In the win over Corona Centennial La Melo finished with 24 points and 18 assists, and he tallied 31 points against Rancho Christian. Most recently Chino Hills won the Tarkanian Classic in Las Vegas, beating Mater Dei (Santa Ana, California) HS 84-73 in the title game. LiAngelo Ball shared MVP honors with teammate Eli Scott.

5. It’s Unlikely That LiAngelo and LaMelo Will Play Together in College

Lonzo Ball being a one-and-done prospect comes as no surprise, as he entered college as a projected lottery pick and has lived up to the billing thus far. And that’s the plan for LiAngelo and LaMelo as well, according to Gary Parrish of CBSSports.com. On Wednesday LaVar Ball told Parrish following UCLA’s win over UCSB that all three of his sons will only play one season of college basketball before moving on to the professional ranks.

With neither LiAngelo nor LaMelo being projected to be one-and-done prospects by recruiting gurus, that may appear to be a stretch to some. But as a college coach anonymously quoted in Parrish’s story pointed out, LaVar Ball hasn’t missed the mark with his past proclamations.

“People used to think he might be a little crazy, but he’s always right,” one high-major coach told me Thursday morning. “Whatever crazy thing he says, it seems to happen just the way he said it would happen. He’s been bold. But he’s been right.” 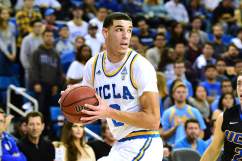 UCLA-Ohio State Live Stream: How to Watch Online for Free