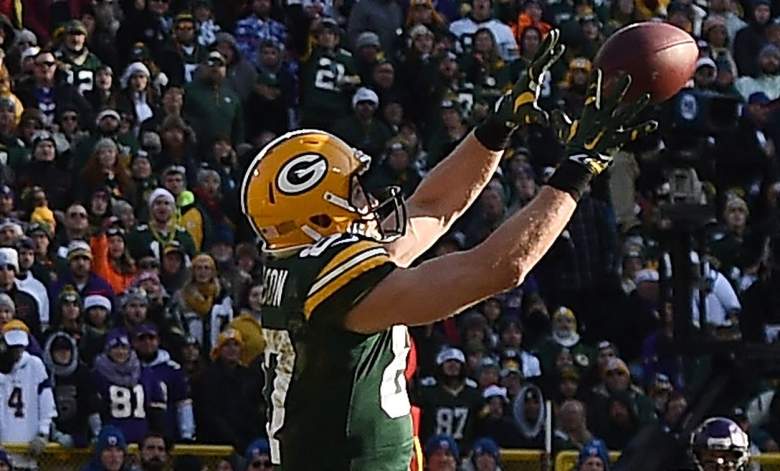 The NFC North division title and the No. 4 playoff seed is up for grabs when the Detroit Lions host the Green Bay Packers in the Sunday Night Football finale.

Kickoff is scheduled for 8:30 p.m. Eastern and the game will be aired on NBC.

Betting Percentages: 67 percent for the Packers (-3)

Betting Percentages: 74 percent for the OVER

It’s winner-take-all for the NFC North title. Victory guarantees a home playoff game and a loss could mean no postseason at all.

The scenarios are still up in the air, but check them out here.

The Packers are absolutely rolling (5 wins in a row) and are a little more experienced in this situation than the Lions. Green Bay has made the postseason in 7 consecutive seasons. Detroit hasn’t won a playoff game since 1991.

That’s largely in part due to Packers quarterback Aaron Rodgers, who is once again putting up MVP numbers. Back when GB was struggling at 4-6, Rodgers said this:

Quarterback @AaronRodgers12 said “hey, I feel like we can run the table.”

The Pack is 1 win away from making that a reality.

The Lions were cruising atop the NFC North until a recent two-game skid, putting them in this situation. Ford Field has been good to the Lions, who are 6-1 at home. Green Bay is 3-4 on the road.

Let’s take a glance at some recent betting trends before making our pick. The Packers are 4-1 against the spread in their past 5 games, while the OVER has hit in 7 of their last 9. The Lions are 5-1 ATS in the past 6 at home. The UNDER has come in on 8 of Detroit’s past 9 contests.

Rodgers and wide receiver Jordy Nelson have been crushing the opposition, hooking up 30 times for 437 yards and 10 touchdowns over the past 4 games. Rodgers threw for 4 TDs in the first meeting, a 34-27 home win for GB, a game that was really that close until the end. They’ve also gotten a boost in the ground game from receiver-turned-running-back Ty Montgomery, who is averaging 6 yards per carry.

Detroit’s offense can’t match Green Bay’s, so getting into a shootout with Rodgers and Co. won’t end well. But can the Lions defense slow the Packers enough? And can Matthew Stafford make plays and protect the football, something he hasn’t done over the past 3 games (4 interceptions)?

The Lions and their fans will be pumped. But that only goes so far. Detroit is too generous in the secondary (72.9 completion percentage, 29 TDs allowed, 10 interceptions) and doesn’t generate a pass rush (only 25 sacks) and that spells bad news when facing a quarterback as scorching hot as Rodgers is.

The Packers continue their impressive end-of-season run and regain their status as kings of the NFC North.

The Pick: Packers 27-20 (Packers win straight up, Packers cover the spread, the UNDER wins)

Read More
Detroit Lions, Football, Green Bay Packers, NFL
It's all on the line when the Lions host the Packers in Week 17. Keep reading here to see the game's point spread, over/under total and our prediction.