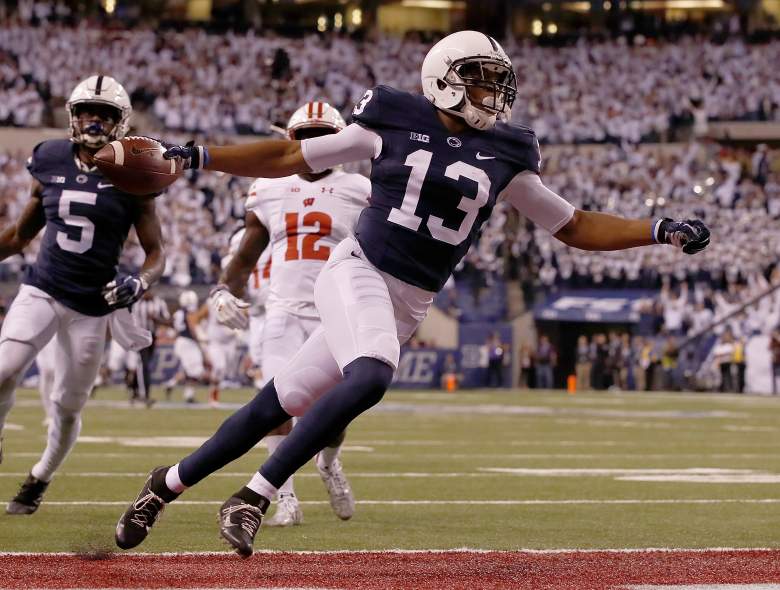 Penn State is headed to the Rose Bowl after narrowly missing the College Football Playoff. The Nittany Lions will take on USC in a Rose Bowl matchup featuring two storied programs.

ESPN’s RJ Bell has the Nittany Lions as six point underdog against the Trojans.

From @RJinVegas, #PennState would be a 6-point underdog vs. USC in the Rose Bowl (should that happen). Yet, the Lions are on fire vs. spread pic.twitter.com/1gXbYPuRz9

The Nittany Lions have won nine straight games including a win over Wisconsin the Big Ten Championship. Penn State also had one of the most impressive wins of the season with their victory over Ohio State.

The Rose Bowl traditionally features the Pac-12 and Big Ten champions. This year, there was a bit of excitement with Washington and Penn State both battling for a spot in the College Football Playoff. With Washington making the playoff, the Rose Bowl had options to choose from in the Pac-12.

There was debate on whether Colorado or USC was the more deserving team to head to Pasadena. Like Penn State, USC is one of the hottest teams in the country which the committee valued when placing the Trojans above the Buffaloes in the final rankings. They have eight straight wins and have hit their stride since Sam Darnold took over at quarterback. Wide receiver JuJu Smith-Schuster will provide a matchup nightmare for the Penn State secondary.

Read More
College Football, College Football Playoff, Penn State
The "Granddaddy" of bowl games is about to be set. Find out the latest Vegas odds and point spread for the big matchup.