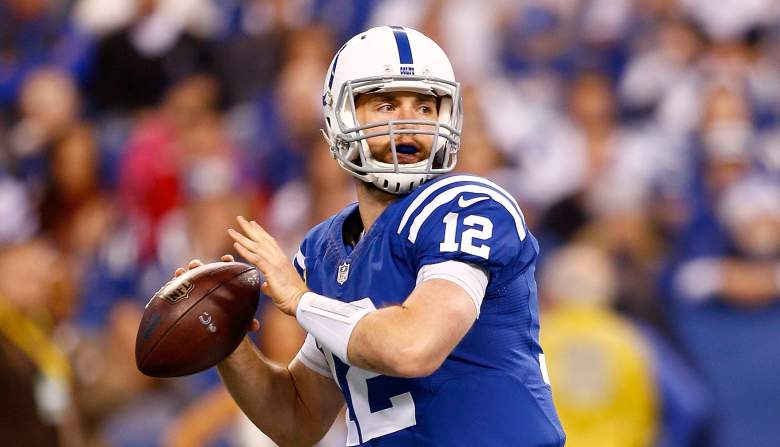 The Minnesota Vikings will to keep pace in the NFC playoff race when they host Andrew Luck and the Indianapolis Colts on Sunday afternoon.

Kickoff is scheduled for 1 p.m. Eastern and the game will be televised by CBS. Play-by-play announcer Kevin Harlan will be joined by analyst Rich Gannon in the booth.

The Vikings are 7-6, but have dropped 4 of the past 6 games. They will be getting future Hall of Fame running back Adrian Peterson back in the lineup for Week 15, though. Peterson has been out since Week 2 with a torn meniscus. Minnesota owns the worst rushing offense in the NFL at just 73.4 yards per game.

At 6-7, the Colts are still in the hunt for the AFC South title. Quarterback Andrew Luck is tied for fifth in the league with 25 touchdown passes, but he’s also been sacked 37 times, second most. The Vikings rank fourth in the NFL with 35 sacks.

Here are the details for the Vikings-Colts game:

"The AFC South wants nothing to do with @athielen19." – @PAOnTheMic