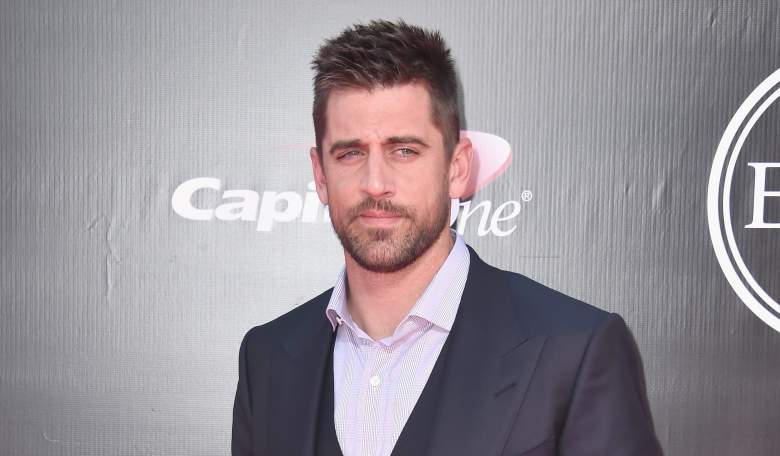 Aaron Rodgers led the Green Bay Packers on a late fourth-quarter drive to pick up a dramatic win over the Dallas Cowboys to reach this Sunday’s NFC Championship Game.

Drama has followed Rodgers off the field as well.

The former NFL MVP and his family are currently feuding and haven’t spoken in years.

The situation came to light in July 2016 when Rodgers’ younger brother, Jordan, was appearing as a contestant on the ABC reality dating show “The Bachelorette.” During an Season 12 episode, Jordan revealed that he doesn’t have much of a relationship with Aaron.

Jordan admitted this to JoJo Fletcher, that season’s bachelorette, and to all television viewers:

Me and Aaron don’t really have that much of a relationship. It’s just kind of the way he’s chosen to do life, and I chose to stay close with my family and my parents and my brother.

And just like last week’s Cowboys game, Rodgers came out on top. Jordan outlasted a vying group of bachelor’s to win Fletcher’s heart. In fact, the couple is now engaged and living in Dallas.

But now back to the feud.

If Jordan hadn’t announced to the TV world that there was tension between he and Aaron, nobody probably would have ever known. He’s not much of a social media user — nothing personal on Twitter and he doesn’t have an Instagram account.

But when asked during training camp before the season about his brother’s admission, Aaron didn’t seem too pleased.

As far as those kinds of things go, I’ve always found that it’s a little inappropriate to talk publicly about some family matters, so I’m just — I’m not going to speak on those things, but I wish him well in the competition.

Ed Rodgers, the family patriarch, agreed with Aaron in a recent interview with The New York Times:

Airing public laundry is not what I would have chosen.

But he also added: “It’s good to have it all come out.”

What Caused the Feud?

So what caused the tension between the brothers? This is where it gets a little fuzzy.

According to a report in People, what started off as a minor argument turned into a “blow-up” said a source close to Aaron.

Nobody is saying what the initial disagreement was about, though. Apparently the brothers are ultra-competitive and the “blow-up” was the final straw of a period of tension.

But there are rumors circulating regarding the source of the squabble.

Aaron Rodgers is dating actress Olivia Munn, known for her roles in the series “The Newsroom” and movies like “Office Christmas Party” and “X-Men: Apocalypse.”

They’ve been together since April 2014, a few months before the family fracture. Some reports claim Munn might be at the center of it.

A story in US Weekly cited a source close to the family claiming Aaron walked away from the Rodgers clan.

Aaron is the one that has pulled away from the family, not the reverse. When he got together with Olivia Munn, his family told him they didn’t trust her and thought she wasn’t with him for the right reasons. That made him furious, and he ended up choosing Olivia over his family.

Ed Rodgers admitted there is tension, but never discussed Munn. He told the The New York Times:

“One in the news is enough for us. Fame can change things.”

He didn’t elaborate on the statement, but clearly isn’t happy with the situation adding “we’re all hoping for the best.”

Of course, these are rumors and they haven’t been confirmed by any member of the Rodgers family.

Interestingly, Munn alluded to friction between the Rodgers brothers in a May 2016 interview ET. Yes, in May, two months before Jordan admitted it on TV. Said Munn when asked about Jordan’s impending appearance on “The Bachelorette”:

The rift has affected the entire family.

Aaron’s parents Ed and Darla didn’t travel to from California to any Green Bay games this season, including the win over the Giants in the Wild-Card Game. They also didn’t go to see the Packers beat the Cowboys in Dallas in the Divisional Round. When Aaron and the Packers take the field Sunday in Atlanta vs. the Falcons in the NFC Championship Game, Ed and Darla will be in California.

When asked if Jordan will be in the Georgia Dome on Sunday, Aaron told reporters: