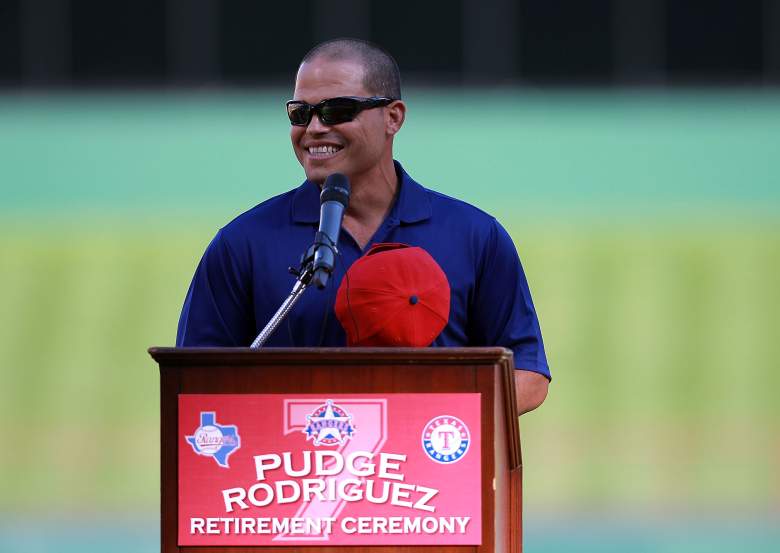 Iván “Pudge” Rodríguez is considered one of the greatest catchers in baseball history, respected not only for his ability to call a game but also his defensive skills and prowess with his bat as well. On Wednesday, January 18, Rodríguez got the call to Cooperstown from the Baseball Hall of Fame.

Here’s what you need to know about Rodríguez.

1. Rodríguez Had a Hall-of-Fame-Worthy Career

Few players in Major League Baseball history have achieved what Rodríguez did over 21 seasons in the bigs.

Rodríguez, a 45-year-old native of Puerto Rico, was fourth in the American League Rookie of the Year voting in 1991 as a member of the Texas Rangers, but recognition came often after that. Rodríguez was the 1999 AL MVP, voted an All Star 14 times (including 10 consecutive appearances from 1992-2001), won 13 Gold Gloves (again, including 10 consecutive from 1992-2001), and also collected seven Silver Slugger awards (including six straight from 1994-1999).

Rodríguez finished his career in which he played for the Rangers, Detroit Tigers, New York Yankees, Florida (now Miami) Marlins, Houston Astros and Washington Nationals with a .296 career batting average, 1,332 runs batted in, 311 home runs, 513 walks, a career .334 on-base percentage, a .464 slugging percentage and a .798 OPS. Rodríguez had a career fielding percentage of .991 and caught 661 attempted base stealers, throwing out 46 of baserunners attempting to swipe a bag during his career.

BaseballReference.com lists his career wins above replacement value at 68.4. Rodríguez ranks fifth all-time among players who primarily played catcher during their careers in RBIs, sixth in home runs, eighth in batting average and ninth in slugging.

Rodríguez also saw success in terms of wins and losses as well. Rodríguez won a World Series in 2003 with the Marlins, then an AL pennant in 2006 with the Tigers. He was the 2003 NLCS MVP with Florida.

2. Rodríguez Was Accused of Doping by José Canseco

In his book Juiced, former MLB player José Canseco says that Rodríguez used banned substances to enhance his performance during his playing career. Canseco even goes as far as to say that he himself injected Rodríguez while the two were teammates with the Rangers.

Rodríguez denies Canseco’s allegations, although Rodríguez lost a significant amount of weight at the same time that MLB started strict testing for PEDs. Rodríguez never failed a drug test during his playing career, and attributed his weight loss to changes in his diet and training regimen.

3. Rodríguez Got His Nickname From a Rangers Coach

Rodríguez got the nickname “Pudge” from a coach in the Rangers’ system, Chino Cadahia, shortly after he signed with the team in 1988. The nickname is in reference to his short and stocky frame. Rodríguez never disliked the nickname, and says that more people know him by it than they do by his actual first name.

4. Rodríguez Got Married on the Diamond and Got Called Up on His Wedding Night

Rodríguez married his first wife and the mother of his three children, Maribel Rivera, on June 19, 1991 while he was playing for the Rangers’ Double-A affiliate Tulsa Drillers on the diamond. He was called up by Texas that night, and made his major league debut at the age of 19 the next day. The couple raised a son, Ivan Derrek, and two daughters, Amanda Christine and Ivanna Sofia together. The younger Ivan, who goes by his middle name, was drafted in the sixth round by the Minnesota Twins in 2011 as a pitcher.

The couple divorced in 2006, and Rodríguez re-married in 2007. Since his retirement from baseball in 2012, Rodríguez has been increasingly involved with the Pudge Rodríguez Foundation which assists children who are battling cancer.

Rodríguez is worth an estimated $65 million today, and Baseball Reference listed his career earnings from his play at over $122 million.

Rodríguez got the nod today as a first-ballot Hall of Famer remains to be seen, but even if wasn’t this year, it seemed certain that at some point in the near future, Cooperstown would have added Rodríguez to its roster. 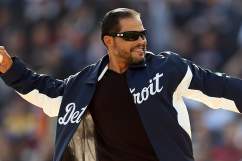 Baseball Hall of Fame Class of 2017: How to Watch Online for Free