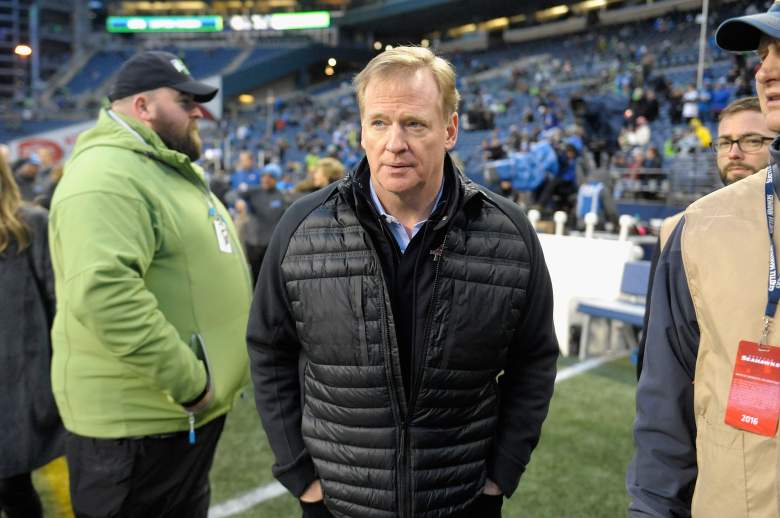 National Football League commissioner Roger Goodell is seen prior to the NFC Wild Card game between the Seattle Seahawks and the Detroit Lions on January 7. (Getty)

NFL Commissioner Roger Goodell has done his best to shy away from the public eye as much as possible. Especially following the “Deflategate” saga, which ended with New England Patriots QB Tom Brady losing his final appeal and accepting his four-game suspension, which occurred at the start of the 2017-18 season.

But fans have become accustomed to seeing Goodell attend games in the past despite many situations.

So when the time came for Goodell to decide which championship game he would attend January 22, the commissioner avoided any awkward situation and chose to go to the NFC Championship game, featuring the Green Bay Packers at the Atlanta Falcons.

It’s the second week in a row Goodell has attended a Falcons game after he was seen at Atlanta’s win over the Seattle Seahawks on January 14.

New England fans have taken note of Goodell’s absence of games in the past, and his decision to not go to the Patriots’ has drawn criticism by some.

Earlier in the week prior to the championship games, Brady said about Goodell that “hes the commissioner, so obviously whatever he wants to do, he can do. If he wants to come, that would be … yeah, he could come.”

Patriots team president Jonathan Kraft also said during the week on 98.5 The Sports Hub about Goodell:

I don’t know how [the NFL offices] pick where he goes. They don’t call the teams and say, ‘Hey.’ That’s not the way it works. The league office determines where he goes, and I don’t know the factors that go into that.

Regardless, if the Patriots beat the Steelers on January 21, there will be no avoiding any awkwardness as Brady, the player his office suspended prior to the season, will once again play in a Super Bowl. 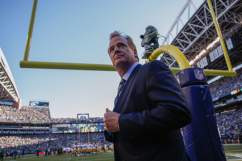