After Airbnb’s 2017 Super Bowl ad aired on Sunday night, the hashtag in the ad– #WeAccept– began trending on Twitter. John Kerry even took to social media and commented with the tweet below:

Heartened to see people and companies standing with those doing so much good for those most in need — leadership that's needed! #WeAccept https://t.co/Nk15igKZsJ

An article posted on Sunday by the New York Times states, “Airbnb, one of the most aggressive corporate critics of Mr. Trump’s policy, took its opposition to the Super Bowl.” The text included as part of their campaign read: We believe no matter who you are, where you’re from, who you love or who you worship, we all belong. The world is more beautiful the more you accept.

According to Prosper Insights and Analytics, 17.7% of adults say that advertisements are the most important part of the Super Bowl, so it’s not a surprise that the cost of a Super Bowl commercial has increased dramatically over the past few years. These days, it costs as much a s $5 million to produce a 30 second ad.

This evening’s game will feature both humorous ads, as well as ones with a more serious tone, and as usual, a lot of celebrities will be part of the fun, like Melissa McCarthy, Justin Bieber, Justin Timerblake, Adam Driver, John Malkovich, Lady Gaga, and more. 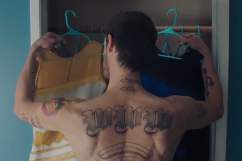