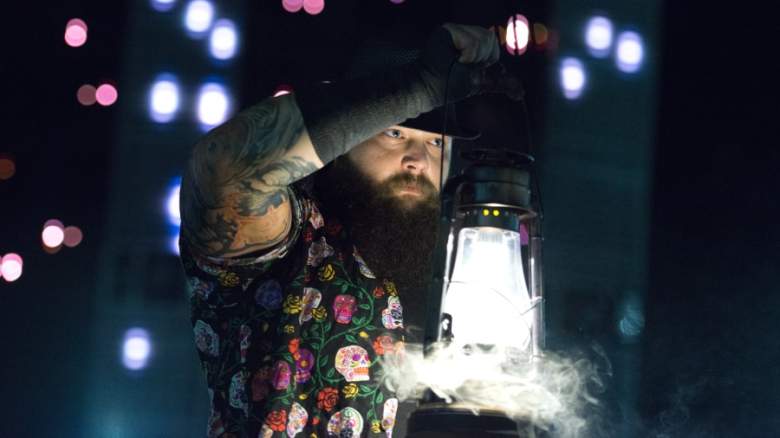 Bray Wyatt is hours away from potentially winning the WWE World Championship.

Wyatt faces off against John Cena, AJ Styles, Dean Ambrose, The Miz and Baron Corbin in the main event of Elimination Chamber on Sunday. Ever since Randy Orton won the Royal Rumble match last month, it has been widely speculated that Wyatt will win the World Championship, setting up a match between Orton and Wyatt at WrestleMania 33 in April. This would be Bray Wyatt’s first title run since debuting with World Wrestling Entertainment in in 2009.

Bray Wyatt’s real name is Windham Lawrence Rotunda, and he is 29 years old. Here’s what you need to know about him.

1. He Played Football Before Becoming a Professional Wrestler 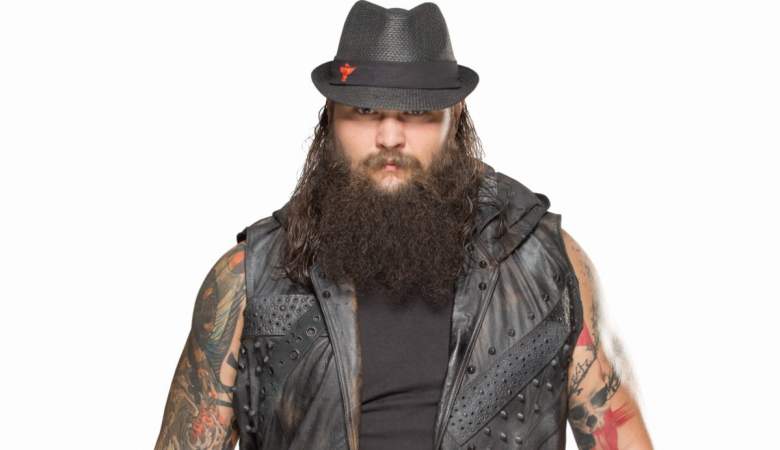 Bray Wyatt has a background in football. (WWE.com)

Though Wyatt now has a career in sports entertainment, he initially pursued football over wrestling. Wyatt played defensive tackle and guard while attending Hernando High School in Brooksville, Florida.

After graduating high school, Wyatt attended College of the Sequoias in California, where he was an offensive guard. In his sophomore year, he was ranked eighth in the nation for offensive guard, according to his bio on the Troy Trojans website. He then attended Troy University on a football scholarship.

Wyatt did not graduate from Troy University, as he left in order to pursue professional wrestling.

“My entire life I knew I’d end up in this exact position,” Wyatt told Hernando Today in 2009, when he was just starting with Florida Championship Wrestling. “I didn’t know how I’d make it, but I knew I’d make it in.”

2. His Brother Is Bo Dallas 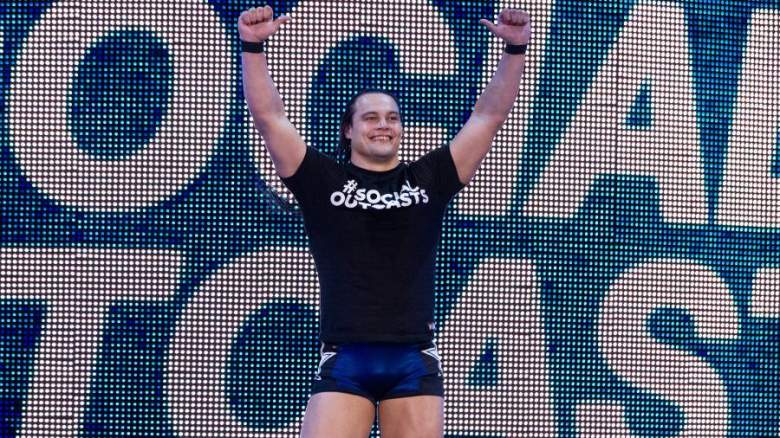 When Bray Wyatt made his debut with Florida Championship Wrestling, he wrestled alongside his brother; they performed as The Rotundo Brothers. Their relationship was dropped as Windham became Bray Wyatt and Taylor became Bo Dallas, although the two have wrestled against one another a handful of times over the years.

The Rotundas were assigned to different programs in the 2016 WWE draft, with Bray Wyatt going to SmackDown Live and Bo Dallas going to Monday Night Raw.

3. His Grandfather, Father & Two Uncles Were All Professional Wrestlers 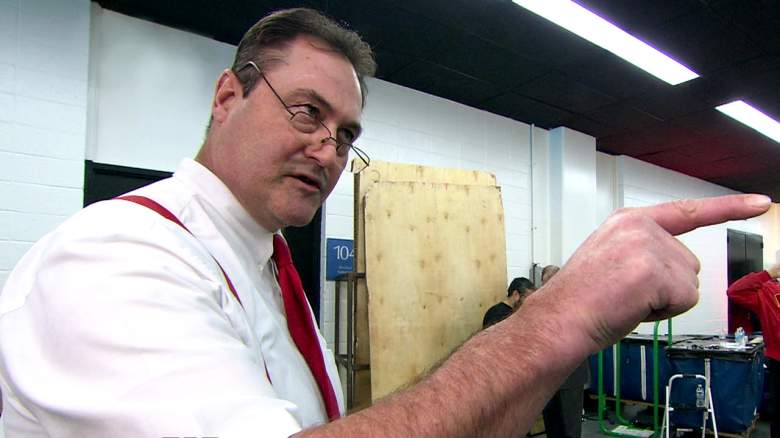 When Windham Rotunda began to pursue his career in professional wrestling, he was following in the footsteps of his grandfather, his father, and his two uncles.

Bray Wyatt’s father is Mike Rotunda, who performed with World Wrestling Federation and World Championship Wrestling throughout the 1980s and 1990s. He performed with New Japan Pro Wrestling in the last few years of his career and retired in 2004. Over the next decade, though, he appeared on WWE programming occasionally as his character Irwin R. Schyster, an IRS agent.

It has recently been rumored that Mike Rotunda will be added to the WWE Hall of Fame this year. In response, Bray Wyatt said in an interview with For The Win, “He’s extremely deserving. He’s one of the most decorated sports entertainers in the history of this industry from all over the world. It would mean something to him to final be recognized. I can’t think of anyone they would bring in who is more deserving than he is. I don’t think he’s stressing over it or begging for it, but it’s time.”

In an interview with Geek to Me, Wyatt said he never felt pressure because of the high standard set by his family.

“I’ve always been my own person,” he said. “…I never wanted to be like them, I don’t think they ever wanted me to be like them. So I just spent so much time alternating what I wanted to be. I didn’t have time to think about if I’d live up to them. There’s that pressure that’s always there and always will be, but I feel that in time I have to do it, being me to surpass it.”

4. He Briefly Performed as Axel Mulligan

Most WWE fans know Windham Rotunda for his roles as Husky Harris and then Bray Wyatt. However, there was a third character in between: Axel Mulligan.

This is a character Rotunda briefly portrayed at Florida Championship Wrestling in early 2011. The gimmick was quite reminiscent of Jason Voorhees from the Friday the 13th films, as Mulligan wore tattered clothes and a hockey mask. However, this character never actually made his debut on FCW TV, and Rotunda went right back to the Husky Harris gimmick.

In an interview, Wyatt said that the Axel Mulligan gimmick was the beginning of the Bray Wyatt character.

“The Axel Mulligan character was just out of my love of horror movies,” he said.

Although the Axel Mulligan gimmick was dropped, Wyatt said that playing him allowed him to experiment with a character that was radically different from himself, and afterwards, he felt more freedom to portray a character like Bray Wyatt.

Very little is actually known about Windham Lawrence Rotunda’s personal life; he generally stays firmly in character as Bray Wyatt on his social media accounts and in interviews.

We do know, however, that he is married to Samantha Rotunda, and he and Samantha have two daughters: Cadyn Rotunda and Kendyl Rotunda.