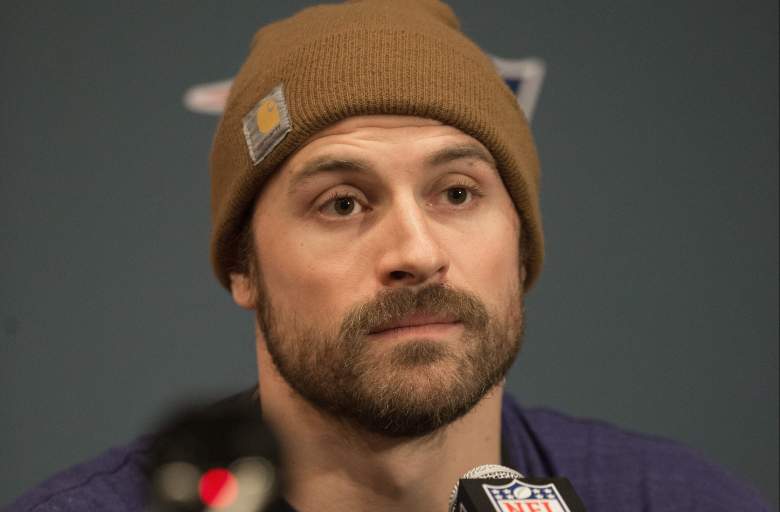 Chris Long of the New England Patriots answers questions from the media at the J.W. Marriott on January 31, 2017, in Houston, Texas. (Photo by Bob Levey/Getty Images)

Chris Long, defensive end for the New England Patriots, is about to play in the Superbowl less than one year after signing with the team and 30 years after his father played in Super Bowl XVIII.

Long is 31 years old; he is 6’3″ and weighs 270 pounds. Watching him in the game tonight will be his father, Howie Long, as well as his mother, Diane, and his wife, Megan.

Here’s everything you need to know about Chris Long. 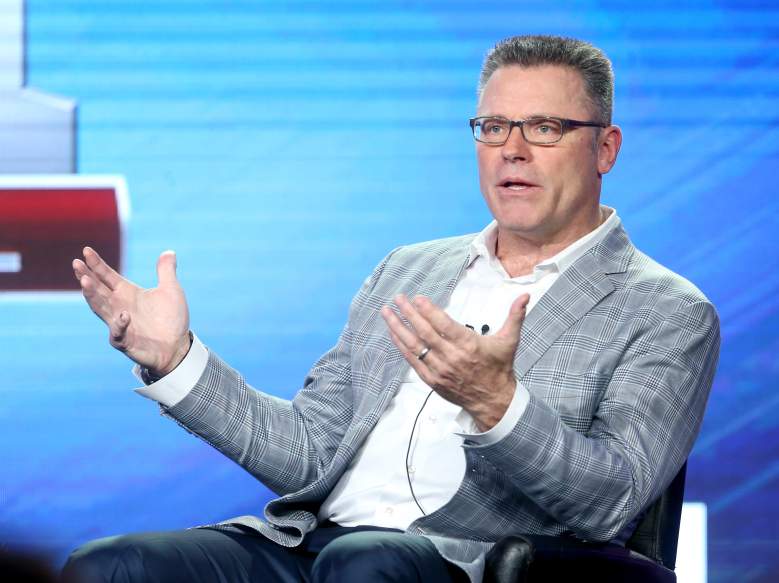 Chris Long’s father is Howie Long, former defense end for the Oakland Raiders (then known as the Los Angeles Raiders). Howie played on the team for 13 seasons and helped them win Super Bowl XVIII. Howie and Chris will be one of 19 father-son duos to have both played in the Superbowl.

Long retired after the 1993 season, at which point he and his wife and children moved to Virginia. Howie later pursued an acting career and became a sports analyst for Fox, a position he remains in today.

According to The New York Times, Chris Long’s mother, Diane, sometimes took him to see his father play, but Howie didn’t think this was a good environment to take a young boy to, and he would ask police officers to watch over his family during the game.

2. He Played for St. Anne’s-Belfield School & The University of Virginia 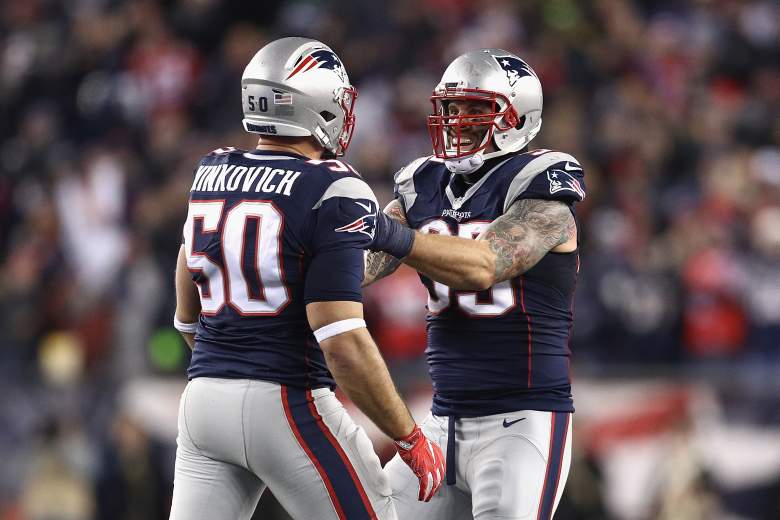 Rob Ninkovich and Chris Long of the New England Patriots react during the second half of the game against the Baltimore Ravens at Gillette Stadium on December 12, 2016 in Foxboro, Massachusetts. (Getty)

Chris Long was born in 1985 in Santa Monica, California, but his family moved to Virginia when he was young, and so he attended St. Anne’s-Belfield School in Charlottesville, Virginia. He joined the school’s junior varsity team when he was in the seventh grade.

“He was a big gangly kid who had yet to grow into his body,” John Blake, the St. Anne’s-Belfield coach, told The New York Times in 2007. “But he jumped in with both feet. When he played tackle, he would drive kids 10 or 15 yards down the field, like he was steering a car.”

Chris played football, basketball, baseball and lacrosse at the school, and his father Howie became a volunteer coach there. Chris had his jersey retired prior to his final home game against Virginia Tech, according to Virginia Sports.

While he was a junior at St. Anne’s-Belfield School, Chris Long committed to the University of Virginia, and he started off playing as a backup on the defensive line. He played six games during his freshman year, but he had to be sidelined due to a case of mononucleosis.

In his sophomore year, Long played right defensive and finished the year with 46 tackles with 1.5 sacks and 7.5 stops for losses. In his junior year, he was voted team captain and started all games, recording 57 tackles and four sacks. That year, the team ranked 17th in the nation.

During his senior year, Long finished with 79 tackles, and he tied for third in the country with 14 sacks. He finished at the University of Virginia having played 43 games and recording 187 tackles.

During the 2008 NFL draft, Chris Long was selected by the St. Louis Rams, and he was the second overall pick. He signed a six-year deal with the team valued at $58 million, including a base salary of $10.3 million, according to Scout.com. When that contract was up, he extended it until 2016.

4. He Signed a One-Year Deal With the New England Patriots in 2016

Chris Long’s contract with the St. Louis Rams ended in 2016, and signed with the New England Patriots the following month. According to ESPN.com, the contract was worth $2.4 million; he received a $500,000 signing bonus and a base salary of $1.25 million.

During the 2016 regular season, Long finished with 35 combined tackles, including four sacks, according to ESPN.com.

Long told ESPN that he thought signing with the Patriots would give him the best chance of making it to the Superbowl, although the Atlanta Falcons was also interested in him.

“It came back to one thing. It came back to why are you playing?” Howie Long told ESPN. “His response was always, ‘I’m playing to win. OK, what team has won the division over the last 13 years 11 or 12 times, and what team has been to six Super Bowls and won four? He loved his trip to Atlanta, but where do you fit? It’s interesting because the place that gave him the least definitive idea of what his role would be was New England. But it came back to the same thing: the opportunity to win.”

Chris Long is married to Megan O’Malley, a fellow graduate of the University of Virginia.